Hung Jury in Trial of Arizona Man Who Helped Migrants 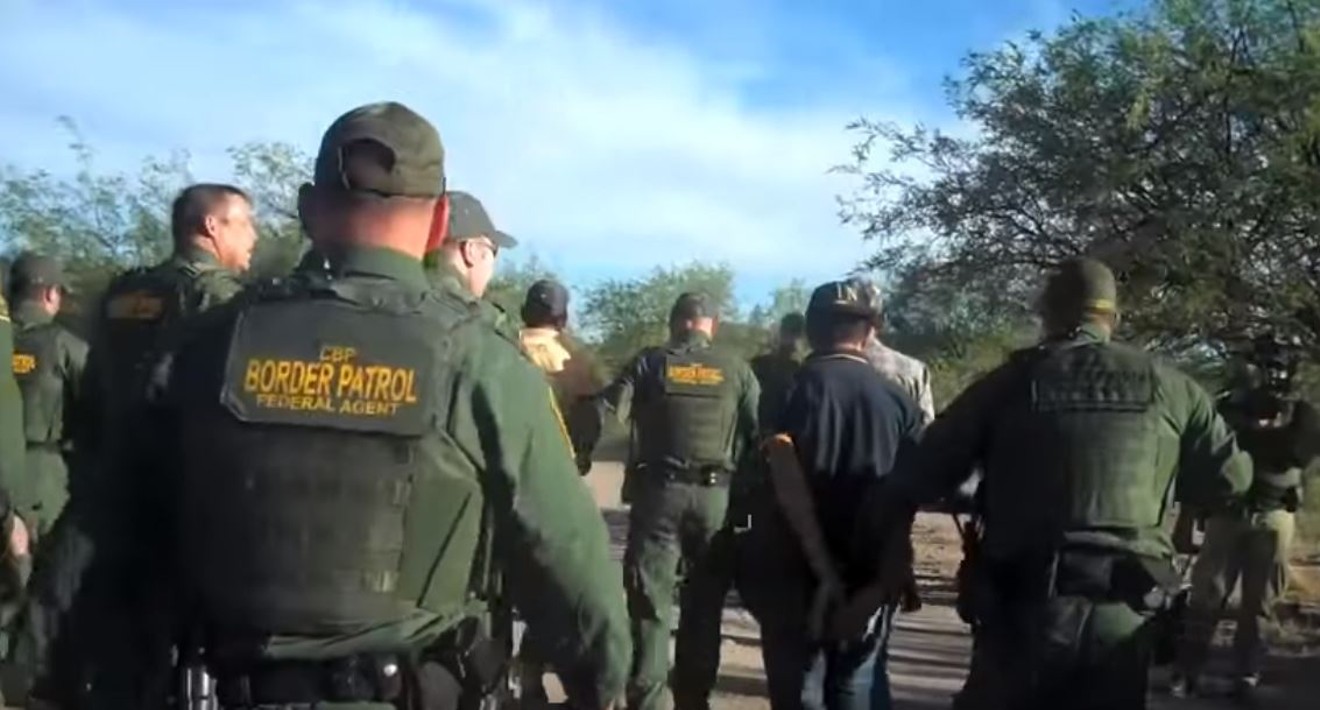 No More Deaths footage from the January 2018 raid at its facility. No More Deaths via YouTube
A federal jury has deadlocked for a second time in the trial of a man accused of helping hungry, thirsty migrants on federal land.

Scott Warren of the group No More Deaths was arrested last year as part of a government scheme to stop activists from assisting people crossing the international border in the desert. Agents had put one of the group's base camps in Ajo under surveillance and allegedly witnessed Warren helping two Central American migrants.

Nearly 9,000 people have perished in the desert on dangerous border-crossing treks since enforcement ramped up in the late 1990s, according to some estimates.

BREAKING: HUNG JURY in the #ScottWarren case. After 15+ hours of deliberation, a hung jury was officially declared, demonstrating that there are Arizonans standing their ground for justice and kindness in a historic moment.

Warren, 36, could have been sentenced to up to 20 years in prison for helping migrants.

A spokesperson for the Arizona U.S. Attorney's Office said he was unable to answer questions immediately about the hung jury, including whether the federal government will attempt to retry Warren.

The trial began in Tucson on May 29, with jury deliberations beginning on Friday. On Monday, the jury told Senior U.S. District Judge Raner C. Collins that it could not make a decision. Collins told them to try again. At about 1:45 p.m., the jury told the judge it remained deadlocked.

The government has failed in its attempt to apply federal charges to acts of common compassion. In Scott’s own words, “Today it remains as necessary as ever for local residents and humanitarian aid volunteers to stand in solidarity with migrants and refugees.” pic.twitter.com/3qWC4Khn3j

"After 15+ hours of deliberation, a hung jury was officially declared, demonstrating that there are Arizonans standing their ground for justice and kindness in a historic moment," No More Deaths said in a tweeted statement after the announcement.

A schoolteacher, Warren was one of nine activists accused in 2017 of leaving water for migrants on federal lands at the border. Four were convicted of misdemeanors last year.

Warren's additional charges came about after two men — one from Honduras, the other from El Salvador — entered the No More Deaths facility, called the Barn, in January 2018.

The migrants had been walking for two days and nights in the desert before entering the facility, court records state. Warren arrived there about 40 minutes later. "They asked him for food and water and he allowed them to stay there, eat and drink," records say. One of the migrants told officials that Warren gave them food, water, beds, and clean clothes during their three-day stay.

Federal agents staking out the place called for a raid, which occurred on January 17.

Warren testified that he was motivated to help migrants by his religious beliefs.

"That act of putting down a gallon of water, say, and knowing that it goes from my hand onto the ground, sacred ground where someone has died, and somebody else will pass through there at some point on that same sacred ground and pick that gallon of water up, is to me a connection as well," Warren was quoted as saying in a motion to dismiss the case by his pro bono lawyers.