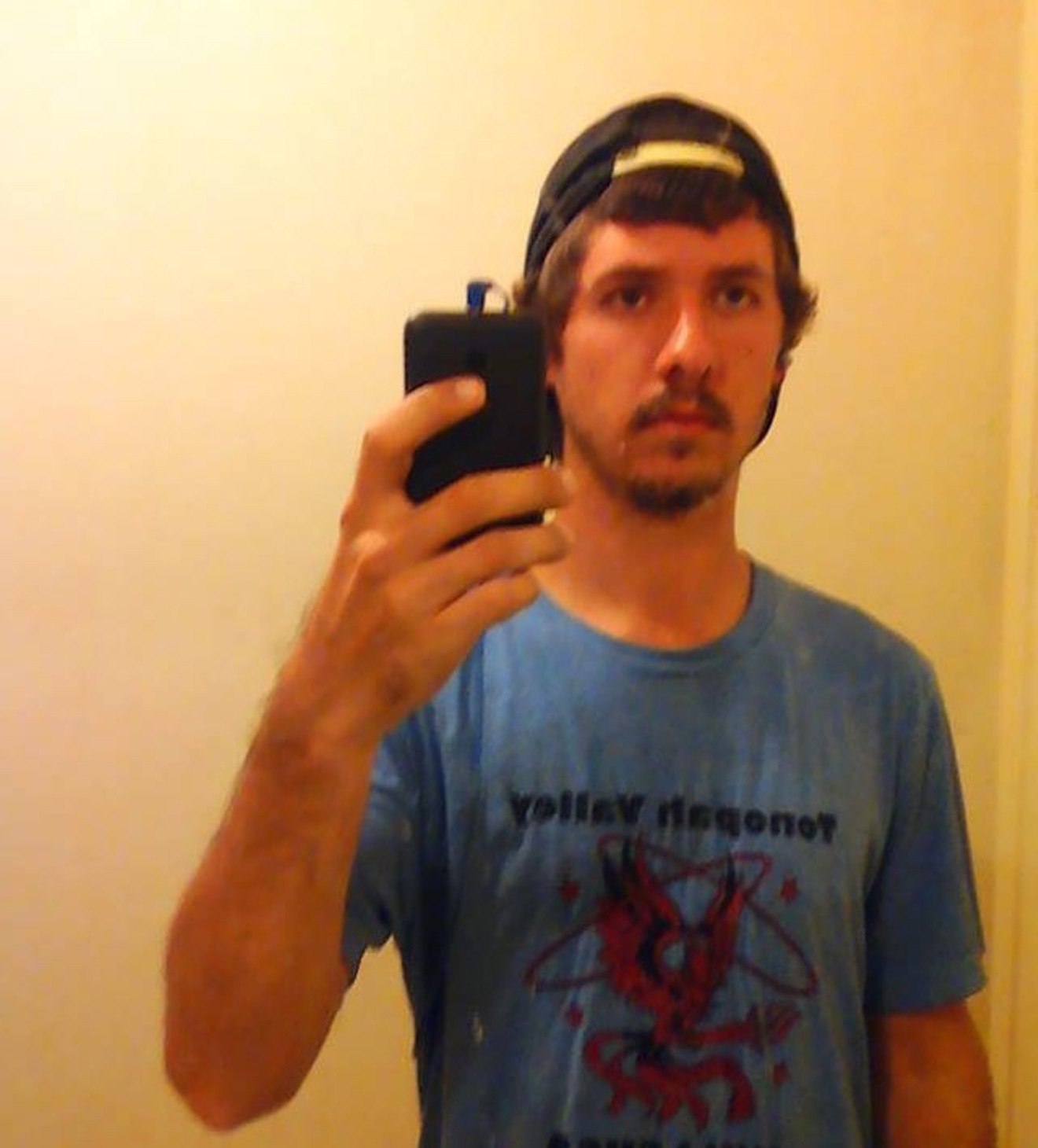 Daniel Stroh, 21, and a 15-year-old girl are charged with murdering the girl's adoptive father. Facebook
The case of the 15-year-old Tonopah girl, her 21-year-old boyfriend, and her murdered adoptive father may seem to prosecutors like a Greek tragedy, Roman history, and criminal notoriety all rolled into one.

But when they framed it that way for a grand jury, they improperly misled the panel, a Maricopa County public defender is now arguing in court.

In a pretrial motion, Albert Duncan, a Maricopa County public defender, wrote that the court should toss out the murder indictment against the girl, or at least send it back to a new grand jury.

The girl, Jocelyn Norton, and Daniel Stroh, 21, have been charged with first-degree murder and tampering with evidence in the October 23, 2017, shooting death of John Norton Sr., 59.

The case is tentatively set for trial this summer.

Duncan hopes it doesn’t get that far.

He noted in his motion that prosecutors neglected to mention a string of other salient facts, which themselves read like a daytime soap opera script.

It turns out that Stroh and the girl are also the parents of a baby girl, who was 6 months old in October. And the dead father wasn’t the biological father of the teen — he was her grandfather, and he had adopted her and her younger sister. And the 21-year-old wasn’t the teen's first boyfriend because there was a 28-year-old man who occasionally visited from Roswell, New Mexico, too.

Stroh is the father of the 15-year-old girl's baby, her lawyer said.
Facebook
“By withholding important factual information and necessary legal advice … the prosecution deprived the defendant of his right to an independent grand jury and effectively controlled the result,” Duncan reasoned, citing case law.

There has been no reply nor ruling yet by the judge on the dismissal motion.

It went like this. Norton objected to his adopted daughter seeing a man six years older and banned Stroh from coming around the house, which is located on Lower Buckeye Road near 371st Avenue in Tonopah.

The distraught girl told Stroh if he didn’t kill the old man, she would do it and then take her own life. Norton returned from a visit to the state child welfare office just before 11 a.m. on October 23. By then, the Jocelyn Norton had taken a Colt .45 caliber pistol from the couch, given it to Stroh, and waited. When Norton returned home, the girl told her father that he would die if he came in the house.

Then, according to court records, Stroh shot the man.

The pair left with their baby and the teen's 13-year-old sister, drove north on Wintersburg Road toward the Interstate 10 interchange and tossed the gun in the desert somewhere, authorities allege. It has not been found.

“You may have seen either video news reports or written news reports of a 15-year-old girl who got her 21-year-old boyfriend to shoot her father. That's about it,” Clark told the panel, according to transcripts cited in the motion to dismiss the case.

Duncan waxed classical on the proceeding.

“The grand jury was thus tantalized (and misled) with the theme of parricide for which the public has always maintained a morbid curiosity,” he wrote.

Duncan's motion offers colorful footnotes for why the concept of parricide, which is the word for the act of killing a parent, is loaded with historical baggage:

He noted that detectives drove to Roswell to interview the 28-year-old ex-boyfriend, who happened to be a parolee. Initially, according to MCSO’s probable cause report, Jocelyn Norton blamed the shooting on her ex, before admitting to the plot. The defense is trying to establish doubt that maybe the previous boyfriend could have been involved.

Also, defense attorneys pointed out the grand jury, “was led to believe that Daniel Stroh was merely the current boyfriend of Jocelyn and never informed that the couple had had a baby together, a baby that Daniel was not allowed to see.”

Duncan seems to suggest that maybe the shooting was not premeditated at all, but an outburst or unplanned crime of passion. In yet another version of the incident that Jocelyn Norton related to detectives, she said that her ex-boyfriend got in an argument with her father and shot him.

Stroh is being represented by public defender Chad Garner.
KEEP PHOENIX NEW TIMES FREE... Since we started Phoenix New Times, it has been defined as the free, independent voice of Phoenix, and we'd like to keep it that way. With local media under siege, it's more important than ever for us to rally support behind funding our local journalism. You can help by participating in our "I Support" program, allowing us to keep offering readers access to our incisive coverage of local news, food and culture with no paywalls.
Make a one-time donation today for as little as $1.