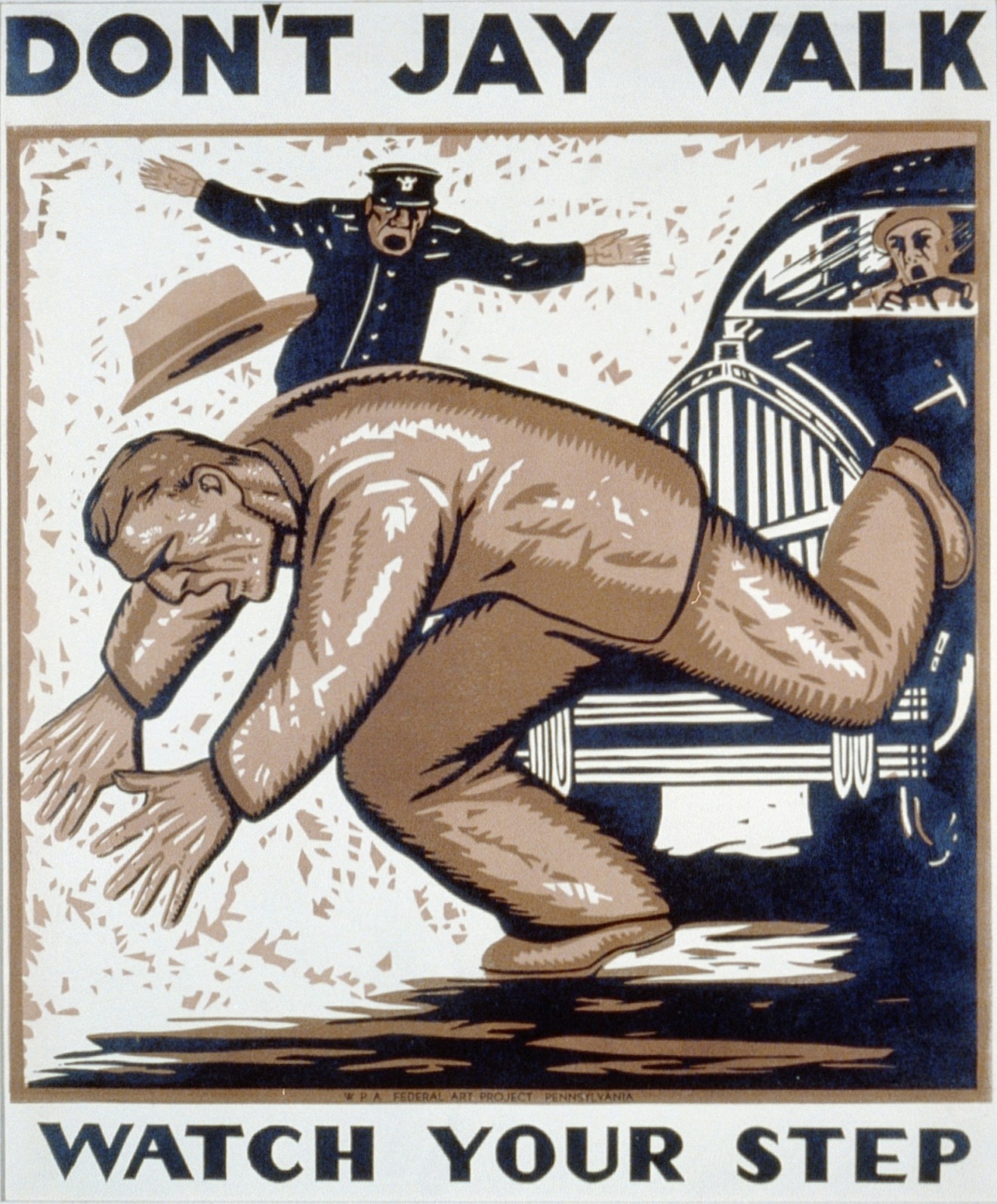 Public domain
A new proposal from the Phoenix City Council would make it easier for cops to ticket jaywalkers.

Currently, if a police officer in Phoenix catches someone jaywalking for the first time, the officer has the discretion to give a ticket to the person under state statute, or a warning under city code. The city wants to take away that second option.

Under the proposed rule, a city ticket could cost the illicit street-crosser up to $250. A second offense under city code could be prosecuted as a misdemeanor punishable by jail time or a fine of up to $2,500.

Cops can already give jaywalkers a $250 ticket without a warning for a first offense under state law.

City officials plan to introduce the rule change on Wednesday, February 12, during a meeting of the City Council's Public Safety and Justice Subcommittee.

None of the City Council members on the Public Safety Subcommittee responded to a request for comment. The proposal — which is supported by the Phoenix Police Department — comes amid years of high rates of pedestrian deaths in Phoenix.

But opponents of increased enforcement say targeting jaywalkers misplaces blame for traffic fatalities on pedestrians, rather than motorists. The Urban Phoenix Project, the urbanist advocacy group, put out a call to action on Facebook criticizing city officials for coming up with a plan that allows police to "more easily issue costly citations to our most vulnerable road users."

In a phone interview, Urban Phoenix Project spokesperson Ryan Boyd said: "If you design a city street where you have to walk half a mile to get across the road, people are going to do what they need to do to get to where they need to go. And not everyone is fortunate enough to have a car. Enforcement is not going to create safe streets."

The enforcement of jaywalking laws have recently come under scrutiny nationally after multiple reports showing that low-income people and minorities, particularly African-Americans, are disproportionately ticketed for the offense. An investigation by Pro Publica, for example, found residents of the poorest zip codes in Jacksonville, Florida, were much more likely to receive jaywalking tickets than wealthier areas. For a period of time in Urbana, Illinois, 91 percent of jaywalking tickets went to black pedestrians.
KEEP PHOENIX NEW TIMES FREE... Since we started Phoenix New Times, it has been defined as the free, independent voice of Phoenix, and we'd like to keep it that way. With local media under siege, it's more important than ever for us to rally support behind funding our local journalism. You can help by participating in our "I Support" program, allowing us to keep offering readers access to our incisive coverage of local news, food and culture with no paywalls.
Make a one-time donation today for as little as $1.
Steven Hsieh was a staff writer for Phoenix New Times from August 2018 to April 2020.
Contact: Steven Hsieh
Follow:
Twitter: @stevenjhsieh