Members of AZ Schools Now, a coalition of interest groups that includes the Arizona Education Association, met with reporters at the state capitol to explain why Ducey and the Republican-dominated Arizona Legislature should back the governor's words with concrete steps to address long-term problems. And they expressed skepticism about Ducey's stated plan to increase funding for teachers and schools at the same time he cuts taxes. 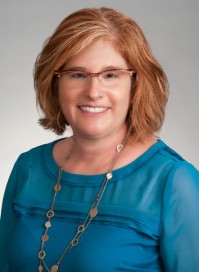 Dana Wolfe Naimark
Children's Action Alliance
Ducey admitted in his speech on Monday that he didn't have a "money tree." But he promised to use "available resources" to increase teacher pay, fund all-day kindergarten, provide teacher bonuses, increase internet usage in schools, find "dollars for school construction," forgive loans for STEM teachers, and make other positive changes to a state education system that many consider to be among the worst in the country.

The former businessman and state treasurer has made education a priority since voters put him into office in 2014. His priorities aren't necessarily appreciated by everyone, however.

"If we cut taxes without replacement revenue, we are shrinking the funding available for K-12 education," says Dana Wolfe Naimark of Children's Action Alliance, who led meeting along with activist Julie Erfle.

Naimark, David Lujan of the Arizona Center for Economic Progress, Dick Foreman of the Arizona Business and Education Coalition (a spinoff of the Children's Action Alliance), and others related how Arizona schools still have need for $1.2 billion extra in annual funding that it won't be receiving.

AZ Schools Now, which formed prior to the adoption of Proposition 123, the Arizona Education Finance Amendment, has been pushing the $1.2 billion figure since voters approved the proposition this past May, even producing a short video about it.

The group says the money would cover hundreds of millions of dollars in technology costs, building maintenance, and other needs that should have been covered by funding from Proposition 301, a sales-tax increase voters approved in 2000 to help schools. (Update: Erfle called back after publication to say that while the group has identified $1.2 billion in needs, the group isn't asking for that amount to be funded this year — it's more like a long-term wish list.)

Prop 123 helps settle a lawsuit over lawmakers' diversion of the funds over the past few years, but advocates say there's still a significant shortfall. Although the measure puts an estimated $3.5 billion into schools over the next 10 years by adjusting the money received by the State Land Trust, AZ Schools Now members say it restores only 18 percent of the funding that lawmakers have cut from the budget since the 2008 recession.

Prop 301 expires in four years. State leaders should take steps including giving private-school scholarships funded by tax credits to lower-income households only, instead of those that make up to $80,000 a year, they say.

The group also wants lawmakers to stop raising the cap on the amount of tax credits corporations can receive for funding private schools. The legislature raises the cap about 20 percent every year, according to a handout Naimark distributed. Corporations gave $25 million to private schools in 2012; by 2016 the amount had risen to $52 million. The handout describes the tax-credit scheme as a work-around to the Arizona Constitution, which bans using public money to fund private or religious schools.

More money to schools might help solve one of the system's biggest problems: a shortage of teachers the activists say has reached "crisis" level. As of late November, 53 percent of unfilled teacher positions either remain vacant or have been filled by uncertified teachers, according to a survey of school districts released last month by the Arizona School Personnel Administration Association.

Foreman said the legislature needs to get a handle on the annual carry-forward of education tax credits, such as the ones that allow taxpayers and corporations to receive dollar-for-dollar tax credits by donating money to a public school. Taxpayers whose credits exceed their tax burden can opt to roll their credits forward and use them when they do owe taxes.

That has turned into a $1.2 billion snowball of rolled-forward tax credits as of this year, Foreman said — meaning the school system would be in big trouble if enough people or corporations were to decide to take their delayed tax credit in the same year.