QAnon in Arizona Politics: A Guide 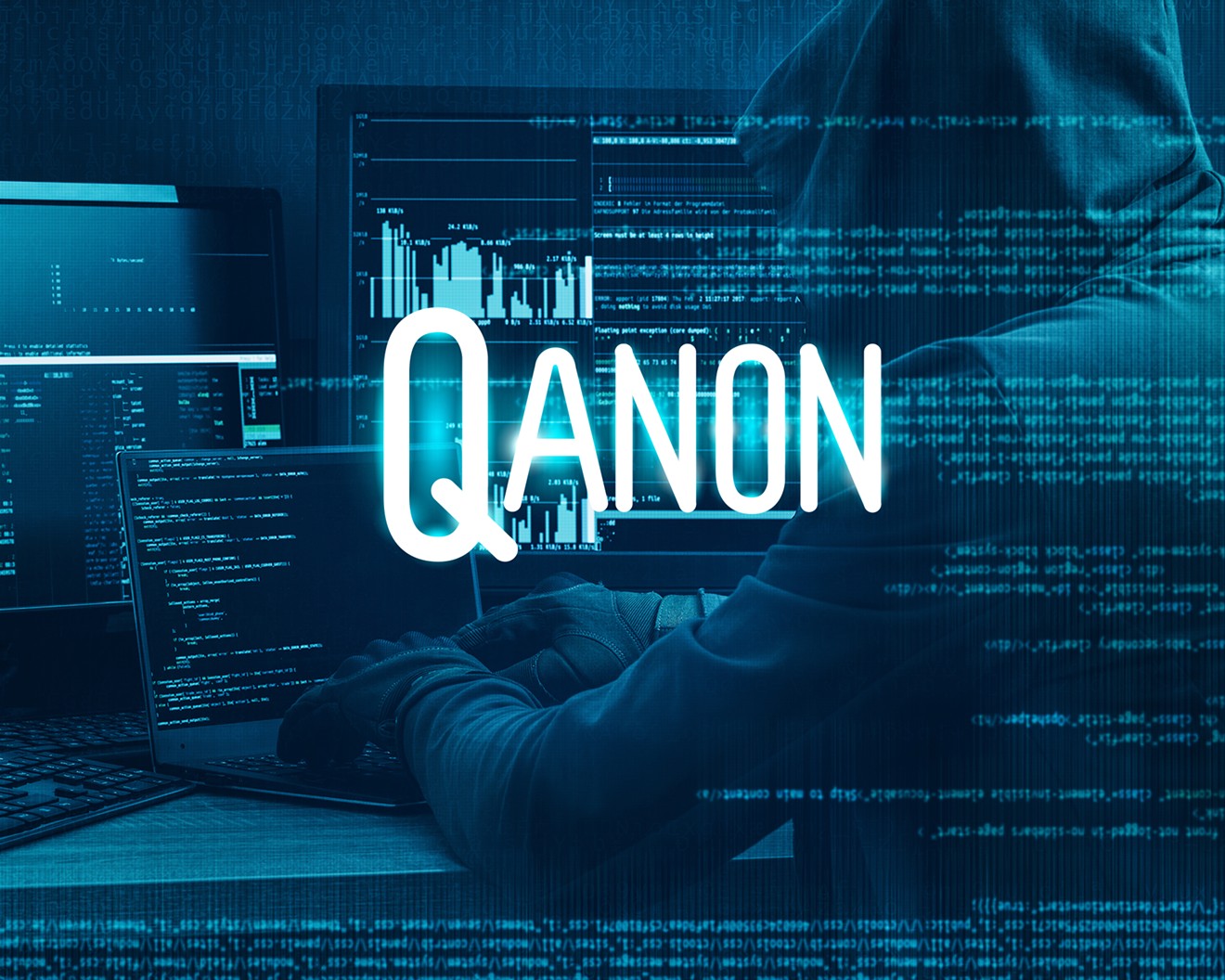 The sprawling pro-Trump internet conspiracy theory QAnon, which has been labeled a domestic terrorism threat by the F.B.I., is slowly infiltrating the Republican party — including the Arizona GOP.

Broadly, followers of QAnon believe that the U.S. federal government and the world is run by a global network of satanic pedophiles who operate a child sex-trafficking ring. They believe that high-profile Democrats like Hillary Clinton and George Soros are part of this ring, and also that Donald Trump was installed by the military to destroy this "deep state" pedophile conspiracy.

"QAnon is very much a choose-your-own-adventure conspiracy theory," Joseph Uscinski, a professor of political science at the University of Miami who specializes in conspiracy theories, tells Phoenix New Times. "There’s sort of a standard plot: Trump is fighting the deep state. But beyond that, everyone is invited to make up whatever else they want."

QAnon originated in 2017, when "Q," an anonymous internet user claiming to be a high-ranking government source, began posting cryptic messages online about the wild conspiracy theory. An early example of QAnon surfacing beyond YouTube and Reddit occurred last year, when an English professor at Mesa Community College showed a video promoting QAnon to students during classes. (He was eventually fired.)

In early August, a Republican candidate who openly embraces QAnon won a House primary runoff election in Georgia, and a slew of other GOP congressional candidates who have promoted the theory have had recent success in districts across the country. Last week, President Donald Trump seemed to embrace his QAnon followers, calling them "people who love our country."

Here in Arizona, several Republican candidates for the state legislature and current lawmakers have flirted with pro-QAnon content on social media. 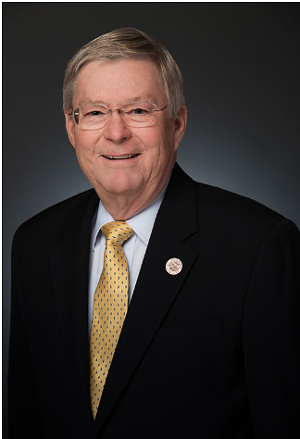 
Leach and Mike Philipsen, director of communications for Arizona Senate Republicans, did not respond to New Times' requests for comment.

Senator Martha McSally has publicly disavowed QAnon; she recently told KJZZ, "Yeah, it is crazy. I speak for myself, and we need to move on and solve the problems of this country."

But McSally's reelection campaign has appointed Leach to be a campaign chair in Pinal County, and he's still in the position, according to McSally spokesperson Caroline Anderegg.

Asked why Leach is McSally's campaign chair despite his past promotion of QAnon and McSally's current position on the hoax, campaign spokesperson Anderegg pointed to McSally's past rejection of QAnon.

"The senator has made her position on this conspiracy abundantly clear, including her belief that it's important we focus on the issues that actually matter to Arizonans, such as defeating COVID, restoring a healthy economy, and preventing a radical liberal takeover of our country," she wrote in a statement. "We're not in the business of letting social media dictate our campaign decisions."

Notably, in the same interview where she disavowed QAnon, McSally wouldn't criticize Trump's refusal to reject the movement's followers. "He is his own person, and he’s going to be his own voice," McSally said of the president. "I can just tell you where I’m at."

Brad Bainum, a spokesperson for the Arizona Democratic Party, said in a statement, "It's disqualifying that Senator McSally won't put party politics aside and forcefully condemn her party allies and leaders — including Donald Trump — who have praised and trafficked in this dangerous conspiracy theory."

Justine Wadsack is a Republican running for a state Senate seat in Legislative District 10, which includes Tucson. She has voiced pro-QAnon sentiment online and engaged with a prominent figure in the QAnon community, Praying Medic, whose Twitter and Youtube accounts have hundreds of thousands of followers. (Praying Medic is a resident of Gilbert, Arizona, named David Hayes, according to The Atlantic. He did not respond to New Times' requests for comment.)

On April 12, Wadsack wrote in response to a video posted by Praying Medic on Twitter, "From Tucson, AZ! Where We Go One, We Go All! #Wadsack4Arizona #StateSenateLD10 #WWG1WGA."

The line "Where We Go One, We Go All" and the hashtag "WWG1WGA" are both expressions commonly used by QAnon followers. According to the Arizona Daily Star, Wadsack has used the hashtag several other times. 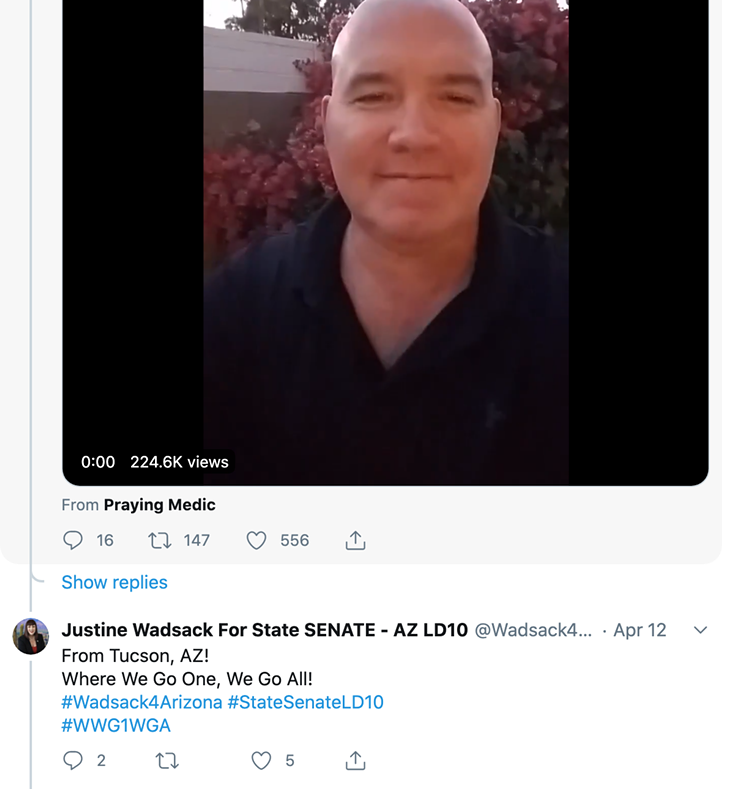 Reached by phone for comment, Wadsack defended her comments as being "open to listening to all different viewpoints."

"I don’t want to be a QAnon supporter, I’ve never been a QAnon supporter," she told New Times. "But everything about politics intrigues me, all sides. Just because someone may be interested or intrigued by something doesn’t mean that we are conspiracy theorists."

Asked what intrigued her about QAnon, Wadsack said, "Nothing."

"Just because I put one thing out there doesn’t mean that it is intriguing to me on a general level," she added. "I’m intrigued by every single political arm."

Another Republican candidate, Suzanne Sharer, who is running for a state senate seat in Legislative District 18, also recently blew a dog whistle in the general direction of QAnon supporters.

On May 4, she shared a video of a Fox News segment discussing QAnon on Facebook, with the statement, "Have you heard of Q?"

Sharer did not respond to New Times' requests for comment. 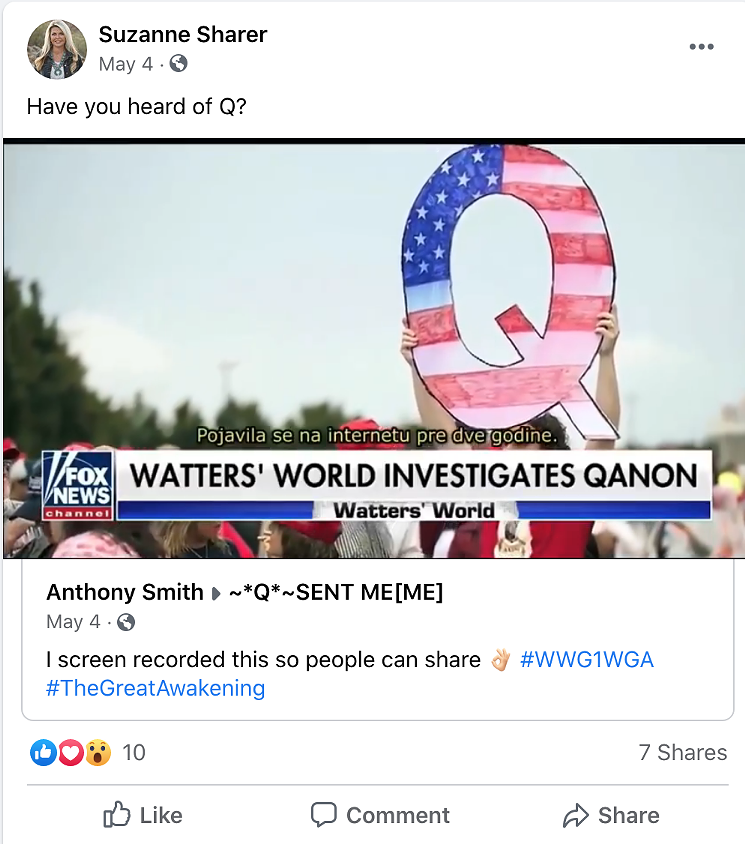 Uscinski argues that while recent polling shows QAnon followers come from across the political spectrum, the messaging adopted by Trump and other members of the Republican party attracts people who buy into these kinds of conspiracy theories.

"Trump sort of paved the way for this, in the sense that he is an anti-establishment outsider candidate," he says. "His whole mantra in 2016 was to drain the swamp, and he opened the door for wacky conspiracy theories [by] saying everything is 'rigged.'"

Uscinski adds that he suspects some politicians are playing footsie with QAnon for a simple, old-fashioned reason: It might win them some new votes.

"Some of the politicians who use it [QAnon] are true believers," he says. "But there’s a lot of other people who have been quote-unquote linked to the conspiracy theory, and it’s not clear how sincere they are."
KEEP PHOENIX NEW TIMES FREE... Since we started Phoenix New Times, it has been defined as the free, independent voice of Phoenix, and we'd like to keep it that way. With local media under siege, it's more important than ever for us to rally support behind funding our local journalism. You can help by participating in our "I Support" program, allowing us to keep offering readers access to our incisive coverage of local news, food and culture with no paywalls.
Make a one-time donation today for as little as $1.