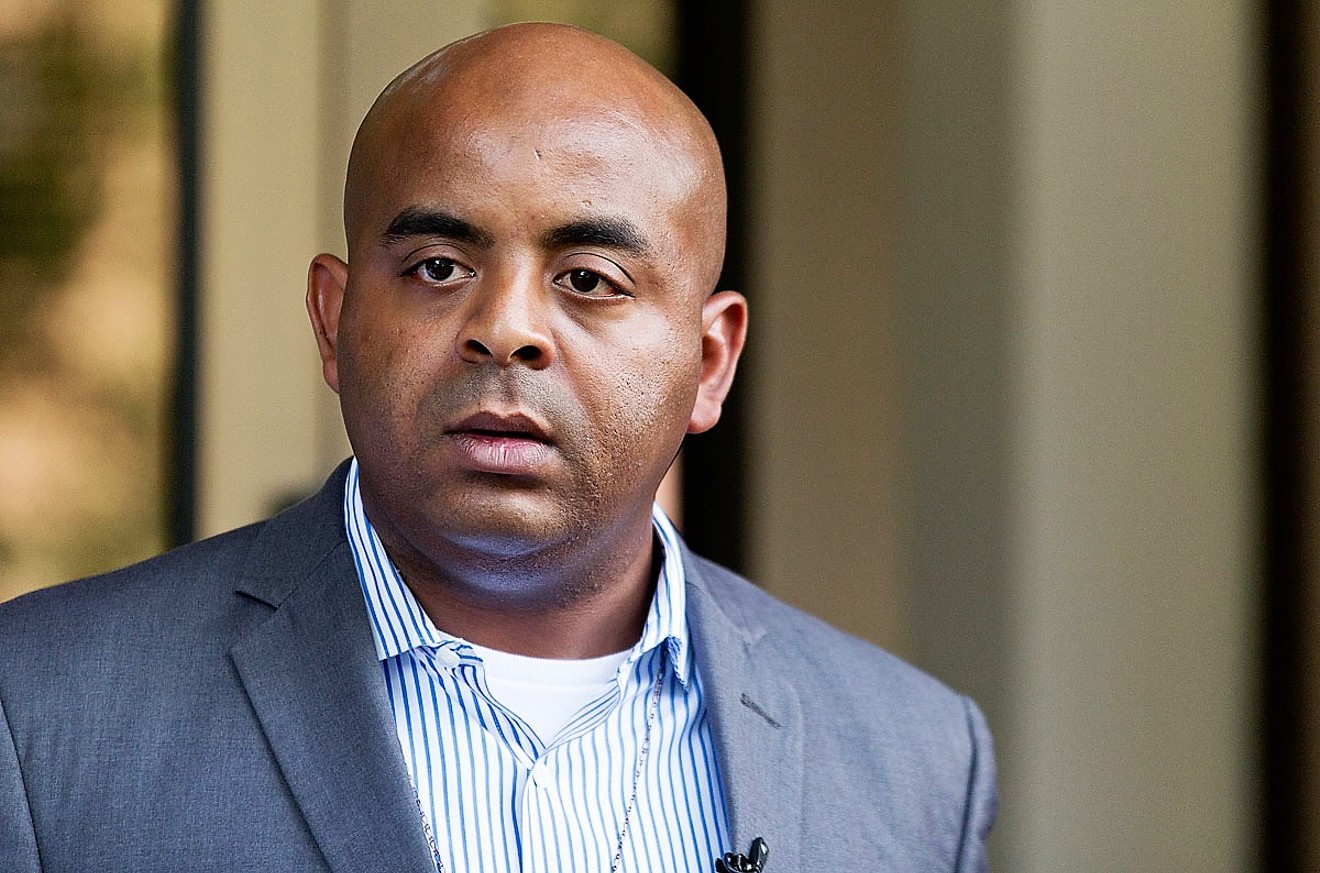 "The Republic still treats leading niggers that they don't or can't control — like niggers," Maupin wrote in a reply he posted on Facebook and sent to the Phoenix New Times and other media outlets. "Fuck being polite or politically correct."

The Republic article, by writers Richard Ruelas and Megan Cassidy, accuses Maupin of shaking down his clients for money. Its main focus is the tale of Lorenza Valdez, the mother of a knife-wielding ex-con shot by Phoenix police. Valdez had to shell out $1,300 to Maupin — a month's pay for the house-cleaner — for bringing public attention to the shooting.

"Valdez said Maupin had been a regular visitor to her trailer until he got the money. Then, she said, he stopped coming around," the article states. "'He’s not a man of God,' Valdez said. 'He’s an impostor.'"

The article follows another lengthy article in July 2016 article by Ruelas about Maupin titled, "Who is Jarrett Maupin? Man behind Phoenix's police protests is a rights leader — and a paid political consultant."

Like this week's article, the 2016 story contained both praise and condemnation of the work Maupin has done.

Maupin, 30, has long been a figure of controversy in his role as Arizona civil rights leader.

As New Times covered in a 2005 article, "Kid Sharpton," Maupin stepped up while still a teenager to fill a role as a black-community leader.

But not everyone likes him in that role.

For many Phoenix-area political observers, the article probably won't change opinions about Maupin.

In fact, the "progressive Baptist" reverend's credibility was shot long ago.

Maupin was convicted in 2009 of telling a whopper of a lie to the FBI about former Phoenix Mayor Phil Gordon.

As former New Times writer Sarah Fenske covered in a May 2009 article, Maupin's motive seemed to be revenge.

After the mayor's opposition research got Maupin booted from the ballot, the reverend began making wild claims that a source had shown him a video of Gordon having sex with an underage boy.

But there was no video, and no underage boy. Maupin was kicked off the Phoenix Union High School Governing Board and sentenced to five years' probation.

The Arizona Republic can get back to me when they get somebody BLACK on their editorial board. Until then, kick rocks. #assassinationfail

As Ruelas' 2016 article mentions, Maupin served a month in prison for the crime after failing to meet his probation requirements.

Since then, Maupin's been at the forefront of Black Lives Matter concerns, organizing — or just threatening to organize — demonstrations to bring attention to people shot by police.

But he's also made enemies and created divisiveness in the community with his antics.

For instance, a protest he helped lead in July 2016 sparked a significant police response at Seventh and East Roosevelt streets to stop demonstrators from entering the Interstate 10 freeway, resulting in arrests and protester injuries.

Redeem Robinson with the Empowerment Social Action Group of Arizona, a Black Lives Matter group, called the event a "complete disaster" and advised the public not to attend another demonstration Maupin had planned.

In his July 11 response to the article by Ruelas and Cassidy, Maupin follows a time-honored tradition by politicians and public figures: attacking the news-media source that exposed him.

You can read his whole response, with details specific to the story, by clicking here.

"I have never been more disappointed or sickened by a media report in The Arizona Republic, than I was today...

"...I do not and have not ever attempted to solicit money from, manage money for, or demand any sort of donation or contribution from ANY person I have ever advocated for.

"...In the case of Ms. Lorenza Valdez, I suspect my long and unapologetic relationship with former Maricopa County Sheriff Joe Arpaio has more to do with this than any sort of alleged mistreatment she experienced. Her new puppet-masters, the Center for Neighborhood Leadership and Puente, have long had a vendetta against the former sheriff and have, apparently, carried-over that vengeful agenda to anyone who dares to continue to call him a friend.

"... What Black person is in leadership at The Arizona Republic? And was this run-by that person to prevent what happened from occurring? The answer is, there is no such person. And so, racism and petty politics around local personalities permitted our esteemed paper of record to become a rag unworthy to even wash windows with,"

"...I am unapologetically Black and adhere to the liberationist interpretation of the Gospel of Jesus Christ. I represent Black, I live Black, I love Black, and I will die Black. This type of yellow, racist, "fake news" is exactly what is destroying our country.

— "...I had hoped never to have to give credence to President Trump's assertion that the media is the enemy and I am still hesitant to do so, but it is clear now that certain members of the media are — in fact — the enemy and the author of this article is chief amongst them, locally.

"....How many more times does he get to try and assassinate or lynch a black leader? Why does the paper permit the printing of such irresponsible and truthless journalism?

"...One thing is for certain, The Republic still treats leading niggers that they don't or can't control — like niggers. I, like Malcolm X, Adam Powell, Stockely Carmichael, H. Rap Brown or other colored freedom fighters before me will never apologize for my Negritude. I wear The Republic's nigger badge with honor, as did my predecessors and other in between who dare or dared to thumb our noses at the racism of our day.

"...Fuck being polite or politically correct. Today's article was both the doom song of decency and the birth cries of unapologetic demagoguery. The public is tired of these kind of bullshit stories."