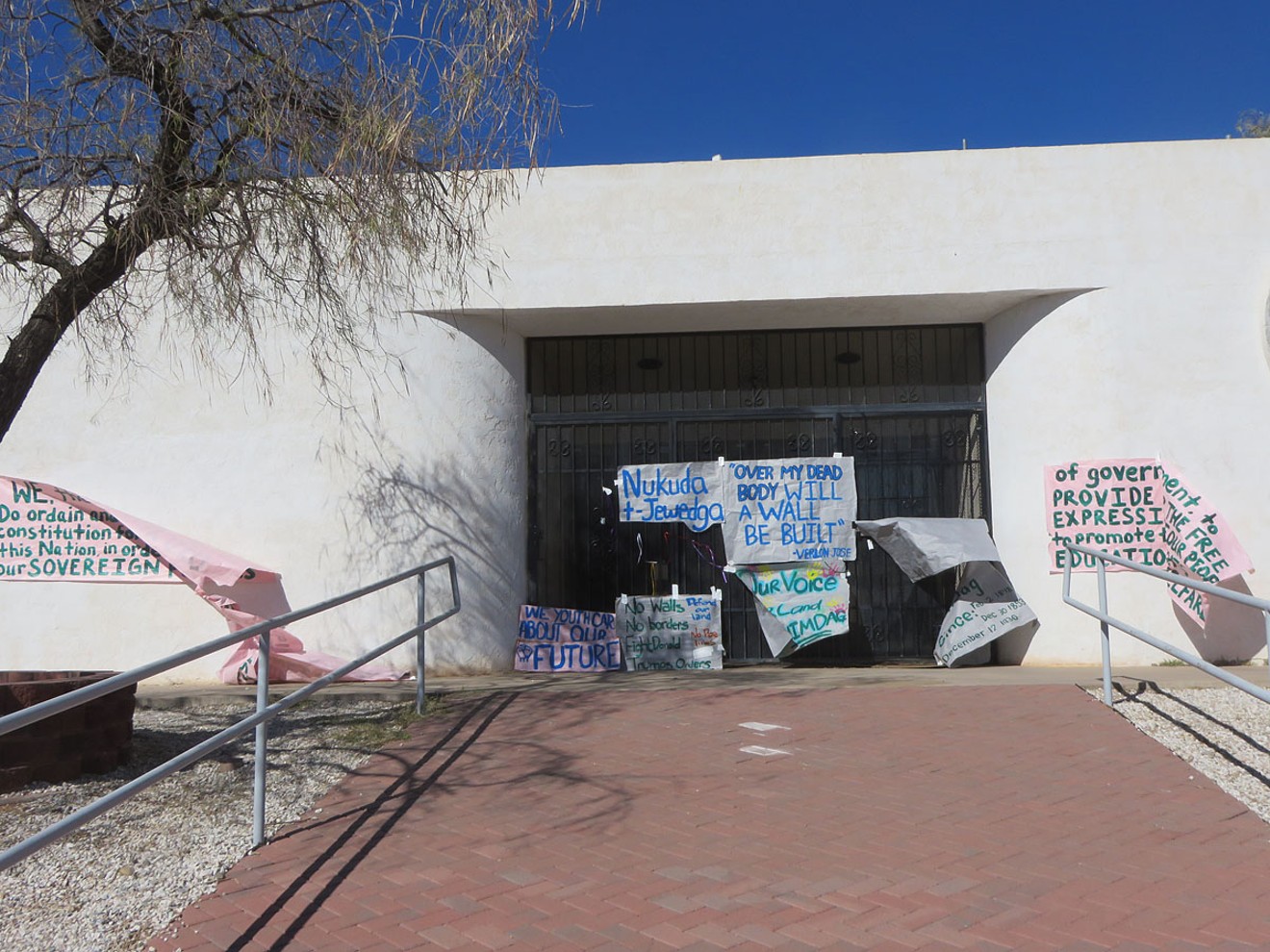 The Tohono O'odham Nation is a rural reservation with big-city problems: poverty, corruption, and street gang violence. Ray Stern
When the truck pulled up, the three tribal members would have known there would be trouble as they walked between their homes on a morning last November in the rural town of Sells.

They were just south of one of the Tohono O'odham Indian Nation capital town's two Catholic churches. The two occupants of the truck, Warren Miles and Rupert Francisco, were dressed in red.

They got out of the truck and approached the group on foot, Miles clutching a 12-gauge shotgun, according to court documents.

One of the three put his hands up.

"I'm too old to be banging," he told the attacker.

Miles pointed the muzzle of the shotgun at the face of a woman in the group, listed only by the initials "K.M." in federal court paperwork. He fired once, killing her.

The two suspects fled the scene.

On February 20, FBI agents arrested Miles, 26, and charged him with first-degree murder and using and carrying a firearm during a crime of violence. He was indicted on those charges by a federal grand jury on February 28 and has an arraignment scheduled for March 16, records show. 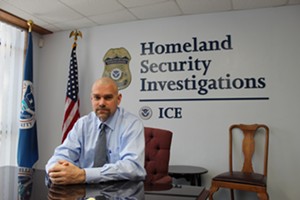 The incident is the latest example of a street-gang problem that has plagued the Arizona Indian community for years, adding to its already heavy burden. Although the tribe owns a piece of land bigger than Connecticut, its members are some of the poorest people in the United States, with a household income of less than $10,000.

Phoenix New Times visited tribal members on the reservation several times last year for a cover story about its dual-natured crisis of ongoing corruption by Mexican drug cartels and the threat of Trump's border wall bisecting ancestral lands. While there, officials and residents discussed the overlapping gang problem.

Erik Breitzke, assistant special agent in charge for the Homeland Security Investigations office in Sells, noted that Crips and Bloods culture is alive and well on the reservation. A 2010 report from the Arizona High Intensity Drug Trafficking Area states that some L.A. gangs have sent members to southern Arizona, and street gangs are often the retail sales arm of the Mexican drug trafficking wholesale business.

The November shotgun slaying received little to no media coverage, despite the fact that this was a major crime in a southern Arizona town of about 10,000 people. The incident was covered briefly at the time in a blurb on Facebook by the Tohono O'odham Office of Emergency Management.

"Although we do not believe the victim was part of a gang, we do believe the shooter(s) are," the office reported. "At this time there is NO IMMEDIATE need to lock down any school or business. Highway 86 is not locked down. The incident is currently being investigated and TOPD [Tohono O'odham Police Department] is searching for the suspect vehicle."

Getting information on the reservation is another problem. The FBI declined to comment about the case, as did the Tohono O'odham Police Department. Matt Smith, the hired public relations consultant for the tribe who serves as a spokesman, didn't return messages for this article.