Body camera footage of Ismail Hamed, shortly before he pelted rocks at Marciopa County Deputy Sergeant Brandon Wells. MCSO
Months before Ismail Hamed declared allegiance to ISIS, before he brandished a knife at a Fountain Hills deputy on January 7, prompting the cop to shoot him to the ground, before he racked up a pair of terrorism charges for which he faces decades in prison, the 18-year-old texted a friend: "Islam is the red pilled faith."

Hamed's message stands out for its blurring of two extremist ideologies, both of which he appears to have immersed himself in prior to his alleged attack on Maricopa County Deputy Sergeant Brandon Wells.

On one hand, Hamed frequently expressed support for Islamic fundamentalism. In text messages with friends, he praised the Orlando nightclub shooter, he bemoaned his mosque for allowing women inside without head scarves, and he endorsed a propaganda video from Anwar al-Awlaki, a prominent Al-Qaeda cleric who was killed in a U.S. drone strike.

At the same time, Hamed and his friends used rhetoric and consumed media associated with the alt-right, the online movement devoted to white nationalism, misogyny, homophobia, and yes, Islamophobia. Adherents to the movement often use the term "red-pilling," a Matrix-inspired metaphor for the process of becoming indoctrinated with far-right beliefs. 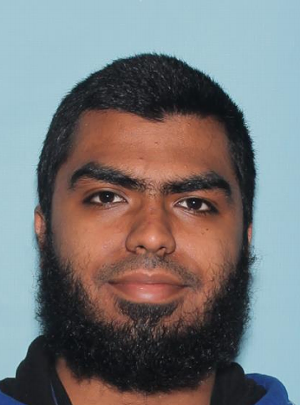 Ismail Hamed
Courtesy of MCSO
One of Hamed's friends declared himself a "MGOTW" (Men Going Their Own Way), referring to a subculture of misogynists who have sworn off marriage and dating. Hamed wrote to a different friend that he dreamed of a day where "our generation will give birth to a bunch of alpha Jamals" who have "high testosterone levels and are good at basketball," a sentiment containing multiple alt-right themes. In October, he texted a friend a link to a video from a prominent alt-right YouTuber blaming the enfranchisement of women for the decline of the West.

The text messages were released to the media by the Sheriff's Office after several local news outlets sued the department for withholding public records.

Radical Islam and the alt-right are at odds — leaders of the latter often express racism toward Muslims — but the disparate ideologies share a few unifying principles: hatred of women, Jews, and the LGBT community.

With the proliferation of hate groups congregating on social media platforms — particularly YouTube, 4chan, and Reddit — it's not uncommon for young men and women to dip their toes in multiple forums for bigotry, according to Brian Levin, director of the Center for the Study of Hate and Extremism at California State University, San Bernardino.

"Extremists today, particularly when they are part of a virtual community, are much more likely to cross-pollinate with a variety of anti-social and bigoted platforms," Levin said in a phone interview. "They not only have shared hatreds, they also look at other extremists as a source of information and tactics."

On January 7, Hamed called 911 requesting to speak with someone "face-to-face" at the Maricopa County Sheriff's Office substation in Fountain Hills.

On the phone with an operator, Hamed pledged allegiance to the Islamic State of Iraq and Syria. He informed the operator that he was armed with "a couple rocks and a knife," and he wanted to meet with a deputy "to do something in protest for people suffering in Palestine and in the Middle East."

Maricopa County Deputy Sergeant Wells responded to the scene, meeting Hamed outside the substation. Hamed began pelting Wells with rocks, according to body camera footage of the incident. Wells pulled his gun out.

Hamed produced a knife and walked toward the officer, prompting Wells to warn Hamed that he will shoot him. Hamed said, "Shoot me." Shortly after, Wells fired two shots at the 18-year-old, bringing him to the ground.

Hamed was transported to HonorHealth Scottsdale Osborn Medical Center, where he was treated for gunshot wounds.

He was arrested the next day and booked into the Maricopa County Fourth Avenue Jail on a charge of aggravated assault on a peace officer. Hamed remains in jail on $500,000 bond.
While Hamed appears to have been influenced by several bigoted corners of the web, prosecutors and police have narrowed on his support for Islamic fundamentalist movements.

Still, law enforcement officials have not publicly produced evidence that Hamed has direct ties to ISIS. At a press conference addressing questions about the case in January, an FBI special agent said Hamed appeared to be a "homegrown extremist" inspired by the terrorist organization, rather than directly connected to the group via communication.

The Maricopa County detective who reviewed Hamed's cellular data looked at 3,699 entries, including text messages, multimedia messages, images, and call logs. Of those, his report only makes note of "information that appeared relevant" to Hamed's attack against the Maricopa County deputy sergeant.

The detective marked in red "any references to violence, extremism, terrorism, terrorist figures, jihad, caliphate, and weapons." It's unclear if Hamed's phone data contained other references to the alt-right that were deemed irrelevant by law enforcement. The Maricopa County Sheriff's Office did not respond to request for comment.

The Maricopa County Attorney's Office, likewise, focused on his obsession with radical Islam, charging him with a seldom-used state statute against terrorism for allegedly providing "advice, assistance, direction, or management" to ISIS.

According to Levin, it makes sense for law enforcement to focus on one extremist ideology. After all, Hamed swore allegiance to ISIS, not the alt-right, before his attack. In addition, prosecutors only have to prove in court that he was inspired by extremism to do harm, but not any particular type of extremism.

"They're not trying to do a thesis as to whether this guy had other influences," Levin said. "You're going to put evidence forward that will be most connected to an ideological movement."

Hamed's state terrorism charges, which carry a minimum sentence of 10 years each, are a rarity in Arizona. Federal terrorism charges require a heavier proof of burden than Arizona's vaguely defined terrorism law.
KEEP PHOENIX NEW TIMES FREE... Since we started Phoenix New Times, it has been defined as the free, independent voice of Phoenix, and we'd like to keep it that way. With local media under siege, it's more important than ever for us to rally support behind funding our local journalism. You can help by participating in our "I Support" program, allowing us to keep offering readers access to our incisive coverage of local news, food and culture with no paywalls.
Make a one-time donation today for as little as $1.
Steven Hsieh was a staff writer for Phoenix New Times from August 2018 to April 2020.
Contact: Steven Hsieh
Follow:
Twitter: @stevenjhsieh