The Final Numbers on the Final Four 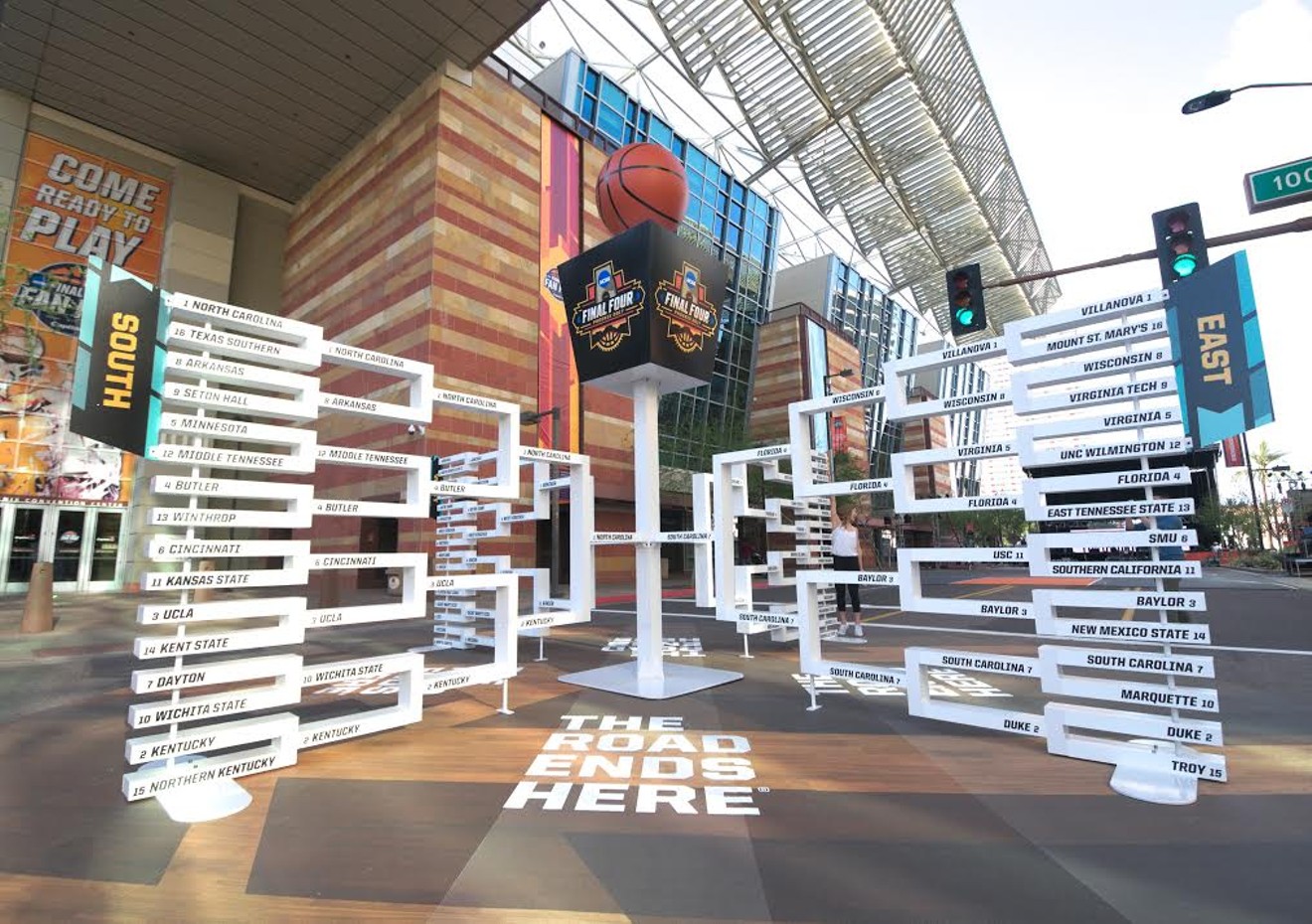 By many measures, last weekend’s NCAA Final Four events hit nothing but net.

Organizers were feeling good about the returns on Friday.

“I was really proud of how people came out for the ancillary events. Those events are not just for the ticket-holders. They are for the whole community,” said Dawn Rogers, executive director of the Phoenix Final Four Organizing Committee.

Numbers like these put a spring in her step, but no madness in her march:

153,780. Total attendance for the championship and semifinal games. That made it the second most attended final two sessions in NCAA history.

135,000. Fans who attended March Madness Music Festival. Consider that for much of the event, the entrances were closed for overcrowding and fans flocked to see acts as diverse as Aerosmith, the Chainsmokers, Keith Urban, and Blink-182.

3,075. Kids bouncing their way down the streets in the Final Four Dribble. Imagine – thousands of bouncing kids!

9.6 million. Live streams during the Final Four. Most ever. It’s a digital world, after all.

60 million. Times somebody did something on social media during the event. Remember when people talked about Crackberries? No? It’s a '90s thing. So passé now, digital junkies. Get off the machines.

22,998,000. Average number of viewers who tuned in for the North Carolina-Gonzaga final.

With numbers like that, you can expect Phoenix to be in the running to host the tournament again.

Rogers said bids to host the 2023 NCAA tournament and those of the subsequent two years get underway in the summer. Will Phoenix’s name be in the hat?

“You bet. We will be in there,” Rogers said.

She was most impressed by the attendance figures, but not just by that. She highlighted the literacy drive.

It was important and rewarding, she said, “to use the event to impact your state, not just economically, and not just for exposure, but to do good.”

A big sporting event has a way of teaching visitors about a place, but it also teaches the hosts a thing or two about themselves.

“I walked away from this weekend with a newfound respect and admiration for the community," Rogers said.