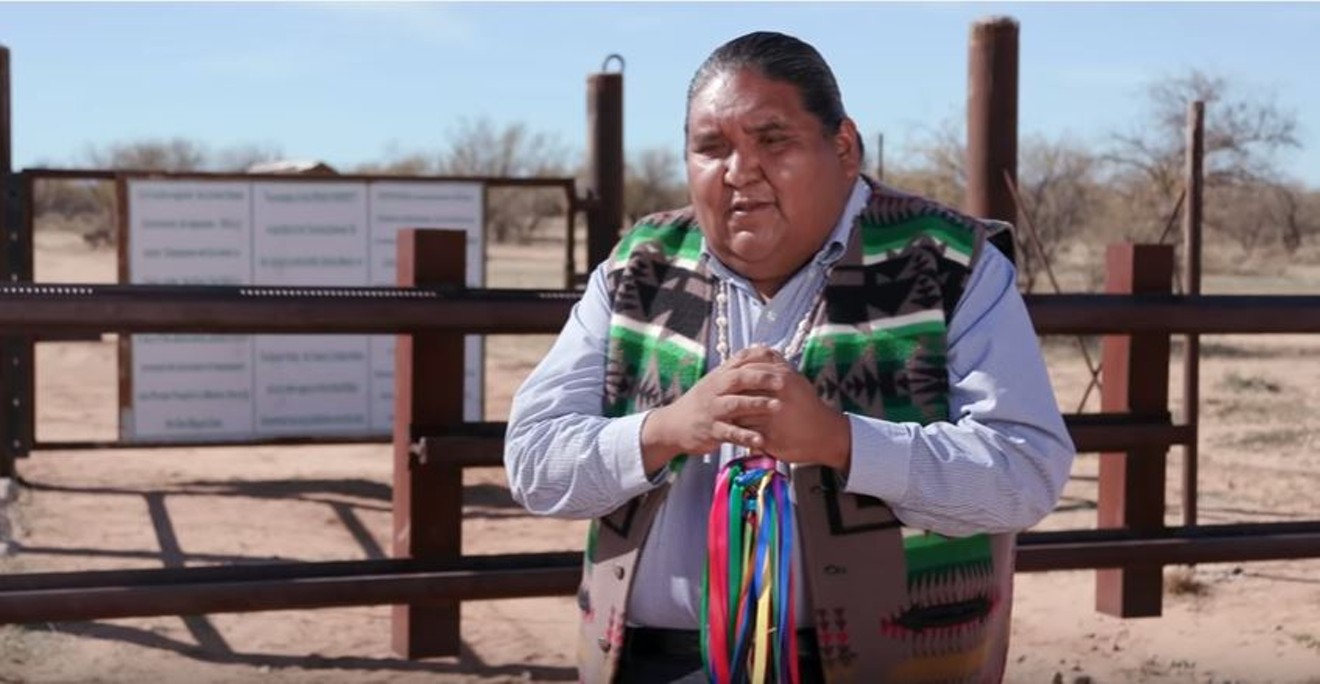 They also invited Trump to tour their land.

"A wall built on the border, we believe, is not the answer to secure America," said Tohono vice chairman Verlon Jose in the video. "Walls, throughout this world, have been proven to not be 100 percent effective."

About 10,000 people live on the southern Arizona reservation and 20,000 or so live in Arizona's other O'odham reservations or elsewhere. Another 2,000 tribal members live in Mexico.


"A wall built on the border, we believe, is not the answer to secure America." — Verlon Jose, vice-chairman for the Tohono O'odham Nation.

The tribe's ancestral lands were cut in two back in the Gadsden Purchase in 1854, but the tribe has no reservation or special rights on the Mexico side.

The Tohono border with Mexico extends about 70 miles through vast, remote, scarcely populated Sonoran desert. Much of it is lined by vehicle barriers. In many places, only strands of barbed wire, or even nothing at all, mark the border.

Smuggling and migrant traffic over the past 25 years have caused immense problems for the tribe.

U.S. border security has also been a problem.

Over the years, the tribe has given up full control over some of its land for Border Patrol bases, equipment, and roads. Tribal members occasionally get hassled by border authorities, and access to other tribal families and traditional lands in Mexico has been diminished. 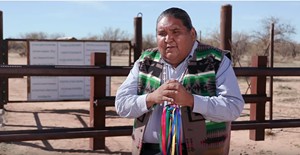 Jose claims that a wall would prevent tribal members from crossing the border, which some now do almost daily.

He and Richard Saunders, the nation's executive director of public safety, say in the video that cooperation with border officials and enhanced security features have already made a huge dent in illegal border crossings.

"We ask the president to come and look at our border, because it's unique, and see how we work together," he said. "When you talk about homeland protection, homeland security — these are our homelands. And we want to protect, we want to secure them, as well, too."

The tribal nation fears what it would to do the health of not only the tribe, but animals in the region.

Saunders brings video viewers to a desert arroyo that runs north and south across one of the tribe's border areas.

"How can you possibly build a wall here that's going to stop a major, major flow of water into the Tohono O'odham Nation," he said.

With its biologically diverse "sky islands" like the Baboquivari mountain area, the Tohono border area has special environmental value.

"Not only do humans share this borderland, but animals do, too," he said. "If [animals] can't move back and forth — can't breed, find food — it could lead to extinction."

Representatives of two of the tribe's 11 districts opposed the resolution. (See below.)

Jacob Serapo, a Tohono rancher, describes another water problem in the video: He has a convenient water source in Mexico, but access has been so restricted that he must now travel four miles north of his ranch to another well for water.

He chuckles as he states, "There's no word for 'wall'" in his language.

It's unclear if the O'odham believe that more border security is necessary at this time, considering that hundreds of people from the south continue to cross their land illegally every day.

As the video relates, the tribe spends about $3 million and 60 percent of its law-enforcement resources annually on border-related matters.

In some places on the Tohono O'odham Nation, only barbed wire marks the international border.
Ray Stern
The video and a corresponding information sheet released by the tribe state that apprehensions of migrants and smugglers plummeted after the installation of vehicle barriers a few years ago and addition of more border agents.

If that's true, it begs the question of whether more security and fencing — maybe even a wall — would also have a beneficial effect.

Verlon and Edward Manuel, the tribe's chairman, have failed to return repeated calls in the last few weeks. Matt Smith, the tribe's spokesman, didn't respond to questions two weeks ago, then didn't return a call on Friday by Tuesday afternoon.

Although tribal access to its ancestral lands have been reduced by the artificial border, it's also true that modern vehicles allow tribal members to access lands in Mexico much faster than in the past.

Another key question for the tribe is what's going on with the closure of its San Miguel Gate, a members-only border crossing about 20 miles west of an official port of entry in Sasabe.

Bryan Bird
Defenders of Wildlife
In the video, Jose can be seen standing in front of the No Trespassing sign and interior gate erected at the San Miguel Gate last year on the Mexico side, but he doesn't comment on it.

As New Times reported last month,  the land on the Mexico side was reportedly bought by a Mexican ranching family.

Last week, the U.S. International Boundary and Water Commission surveyed the San Miguel Gate at the tribe's request. The survey determined that the new, Mexico-side gate has a tie-down with a cement anchor point that is actually on the U.S. side, said the commission's spokeswoman, Lori Kuczmanski.

The commission will also ask Mexico authorities to determine whether the new gate complies with Mexican boundary laws.

Update: Tohono O'odham people on both sides of the border have made a made a "historic" and "monumental" agreement to work together on the San Miguel Gate access problem, according to a YouTube video posted February 16. However, the issue still appears unresolved. See below: