What Is Blockchain Technology and Why Are Arizona Leaders So Excited About It? Pixabay
(UPDATE May 2017: Both of the blockchain bills covered in this article later passed the Arizona Legislature and were signed into law by Governor Doug Ducey.)

The trendy digital technology that tracks money transfers and contracts will revolutionize society, according to its proponents.

Arizona strives to be an early adopter, with federal and state lawmakers taking action in support of the concept:

• Arizona State Representative Paul Boyer (R-Phoenix) has a bill running that would ban the use of blockchain to track guns. That one also passed the House by a 34-25 vote.

Both of the state bills are now being considered by the State Senate. 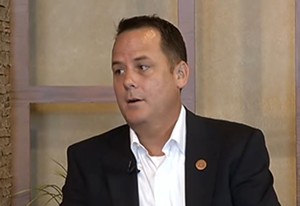 Arizona State Representative Jeff Weninger
City of Chandler / YouTube
"We want to kind of get our feet wet on this technology and start educating people on what blockchain can do," said Weninger, adding that it was the "frontier" of digital technology. "A lot of people think this is the internet part two."

Blockchain refers to the method of tracking all sorts of transactions digitally so closely that the parties involved can trust the process and therefore require less human oversight. Users register into a blockchain that assigns a unique code to every keystroke or combination of keystrokes.

Each block of data is connected to the other blocks. If someone makes changes to any document in the chain, everyone else using it can see precisely where the changes were made.

The concept first came about as part of bitcoin, the cyber currency perhaps best known by stories about its large-scale, ongoing theft by hackers.

Also known as distributed-ledger technology, blockchain is used like an accounting system for bitcoin transactions, enabling users to have confidence that real money is changing hands. Advocates say it can and likely will play a significant role in record-keeping.

An article published by the Harvard Business Review on Wednesday claims that "The Blockchain Will Do to Banks and Law Firms What the Internet Did to Media."

"The sooner you disassociate bitcoin with blockchain, the better," said Tommy Leander, one of Schweikert's legislative assistants. "It's an added layer of governance that creates a system where it is impossible to fraudulently move, alter, or create data." 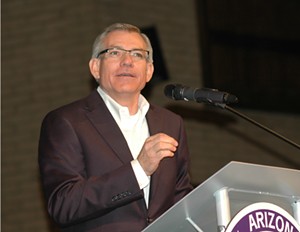 "Blockchain’s potential to reshape everything from the financial industry, to supply chains, to cybersecurity, to health care is something we should embrace," Polis said in a news release last month.

"I look forward to the Caucus’s upcoming policy briefings and meetings that will educate members of Congress on these innovative technologies."

Schweikert, in the same release, said, "It is critically important the United States remain competitive regarding emerging technologies, and distributed ledger technology is the open, secure, efficient technology backbone we've been looking for."

Weninger's bill would make it clear that "a signature secured through blockchain technology" is considered the same thing as an electronic signature, which is already legal under Arizona law.

"Smart contracts," which can be constructed with blockchain technology, would be officially recognized as legitimate.

Weninger said pilot systems could conceivably be set up in Arizona government to use blockchains in processing something like hunting and fishing licenses.

"It will save the state and businesses a whole lot of money," he said. "You can take out so many middlemen."

Boyer's bill aims to ban blockchain technology that attempts to "locate or control the use of a firearm."

The bill makes an exception for police officers with search warrants who use blockchain to locate a person or firearm involved in a criminal investigation. It also exempts firearms owners who consent in writing to the use of electronic firearm tracking technology on their own firearms.

Blockchain is such a non-mainstream term, the bills by Boyer and Weninger spell it differently: Boyer has it as two words, whereas Weninger's uses one.

Hawaii is also trying to be a blockchain leader, with a pending bill before its legislature that would create a study group focused on the technology to help ensure "regulations do not stymie innovation and growth."

UPDATE March 15: Coindesk.com, a site that follows blockchain and bitcoin news, reported today that Boyer's anti-firearm-tracking bill has been shot down stalled.

Below, a video primer on blockchain by the nonprofit Institute for the Future: