The Parlor's wood-burning oven. Jacob Tyler Dunn
Metro Phoenix in 2017 was a city awash in poke bowls, new wave Italian cooking, and an impressive amount of Korean barbecue. So, what can we expect from the metro Phoenix food and drink scene in 2018? We’re taking the city’s temperature and boldly making food predictions for the coming year. 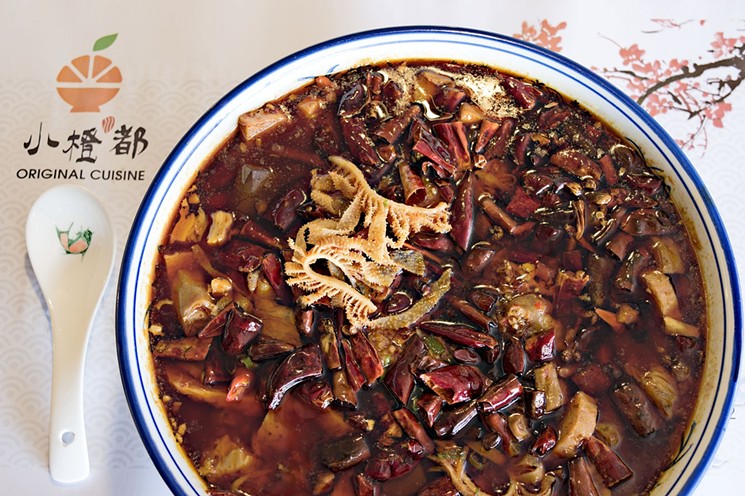 Pork blood, intestines, spam in hot chile oil at Original Cuisine.
Jackie Mercandetti
1. More Regional (Rather than National) Cuisines
Something cool is happening in forward-looking cities across the country. New eateries that cook food born in a specific country — whether Indian, Italian, or whatever — are honing in on regional cuisine. Glai Baan in Phoenix has a menu rooted in the cooking of northeastern Thailand, not Thailand as a whole. The Sicilian Butcher in north Scottsdale serves some Sicilian specialties, breaking from Italian or Italian-American. A new restaurant in Mesa, Shaanxi Chinese, cooks Shaanxi-style meals rather than the broadly “Chinese” of kung pao and General Tso’s cooked in America. This narrowing is overdue. Much of what we are led to believe is being cooked afar, like those Chinese-American staples, have been cherry-picked and diluted with a 20th-century American palate in mind, a palate that today's Phoenicians no longer have. The movement toward regional cuisines will bring us new dishes and closer to what’s truly being eaten overseas. Chris Malloy Bivalve city at Nelson's.
Chris Malloy
2. More Badass Seafood Options
Chula Seafood in Scottsdale now sources fish for more than two dozen Valley restaurants. Much of that fish comes right off docks on the Pacific Coast, and some is even harpooned from the supplier's boat off the coast of San Diego. Nelson’s Meat + Fish, new to Phoenix in fall 2017, flies in pristine fish from all over the country and beyond, some of freshest, sleekest, and best seafood you'll ever taste (and in the desert!). Like Chula, Chris Nelson sources for Valley restaurants. Now that these two suppliers have been spoiling Phoenicians with heavenly fish, expectations are going to mount. And restaurants without premier fish guys are going to have to catch up. Chris Malloy

Vegan “carne” asada tacos at Mi Vegana Madre.
Patricia Escarcega
3. Health-Conscious Restaurants – Including More Vegan Spots
Restaurants aimed at health-conscious diners are already popular, and we suspect we’ll see many more healthy options in 2018. We predict more juice bars, even more poke parlors, more vegan restaurants, and more locations of fast-casual restaurants like Phoenix-based Salad and Go, and Las Vegas’ ProteinHouse. Whether your version of healthy eating involves not eating meat, or a keto-inspired reboot with zero tolerance for bread and pasta, there will probably be a health-centric new option for you in 2018. Patricia Escárcega 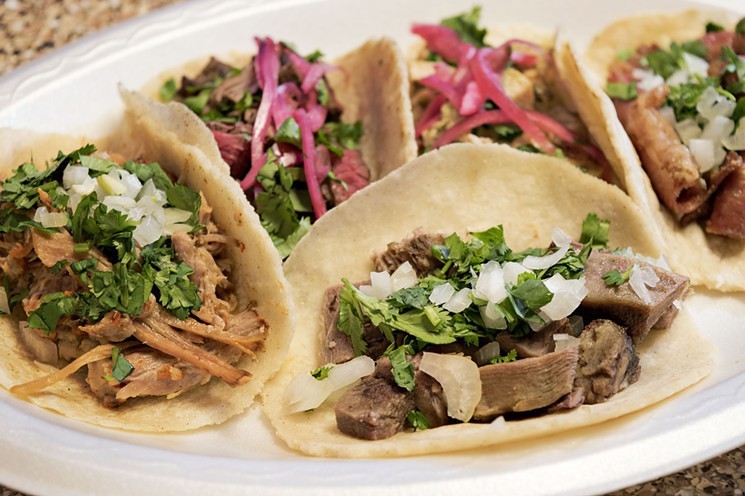 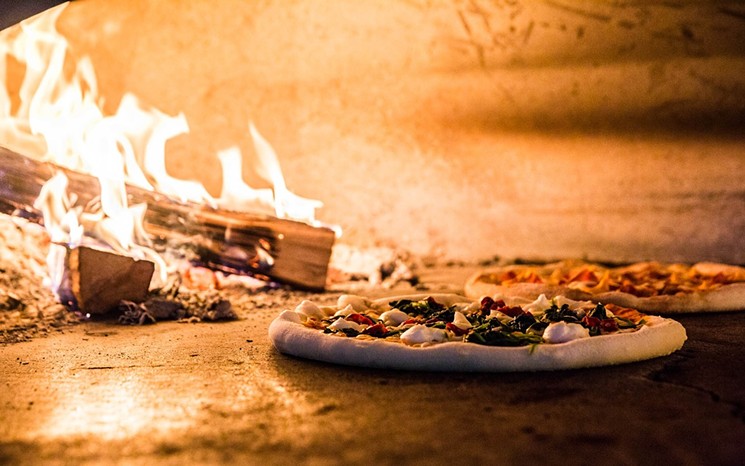 The Parlor's wood-burning oven.
Jacob Tyler Dunn
5. More Wood-Burning Ovens
As 2017 closes, we’ve reached a curious point in restaurant gastronomy: It’s almost weird to see a restaurant open without a wood-burning oven. So many things about wood-burning ovens are gravy: the sight of the fire, the warmth, the connection to more ancient forms of cooking, and the browned and blistered food that comes from the flames. Heat sources that use wood have become huge in the Valley. Whether used to fire smokers, pizza ovens, non-pizza ovens, or grills, wood is a heat source on the rise. Sure, we have spots like St. Francis that have been cooking in wood-burning ovens for years, raising the question of whether this is a trend. With places like the Covenant (which cooks 90 percent of entrees in its oven) and Pa’La (all cooking done via wood-fired heat), the second half of 2017 supplied a resounding answer: Wood-fired ovens will be huge in 2018. Chris Malloy

KEEP PHOENIX NEW TIMES FREE... Since we started Phoenix New Times, it has been defined as the free, independent voice of Phoenix, and we'd like to keep it that way. With local media under siege, it's more important than ever for us to rally support behind funding our local journalism. You can help by participating in our "I Support" program, allowing us to keep offering readers access to our incisive coverage of local news, food and culture with no paywalls.
Make a one-time donation today for as little as $1.
Patricia Escárcega was Phoenix New Times' food critic.
Contact: Patricia Escárcega
Follow:
Twitter: @piescarcega
Chris Malloy, former food editor and current food critic at Phoenix New Times, has written for various local and national outlets. He has scrubbed pots in a restaurant kitchen, earned graduate credit for a class about cheese, harvested garlic in Le Marche, and rolled pastas like cappellacci stuffed with chicken liver. He writes reviews but also narrative stories on the food world's margins.
Contact: Chris Malloy
Follow:
Twitter: @yollamsirhc
Instagram: @malloy_chris/