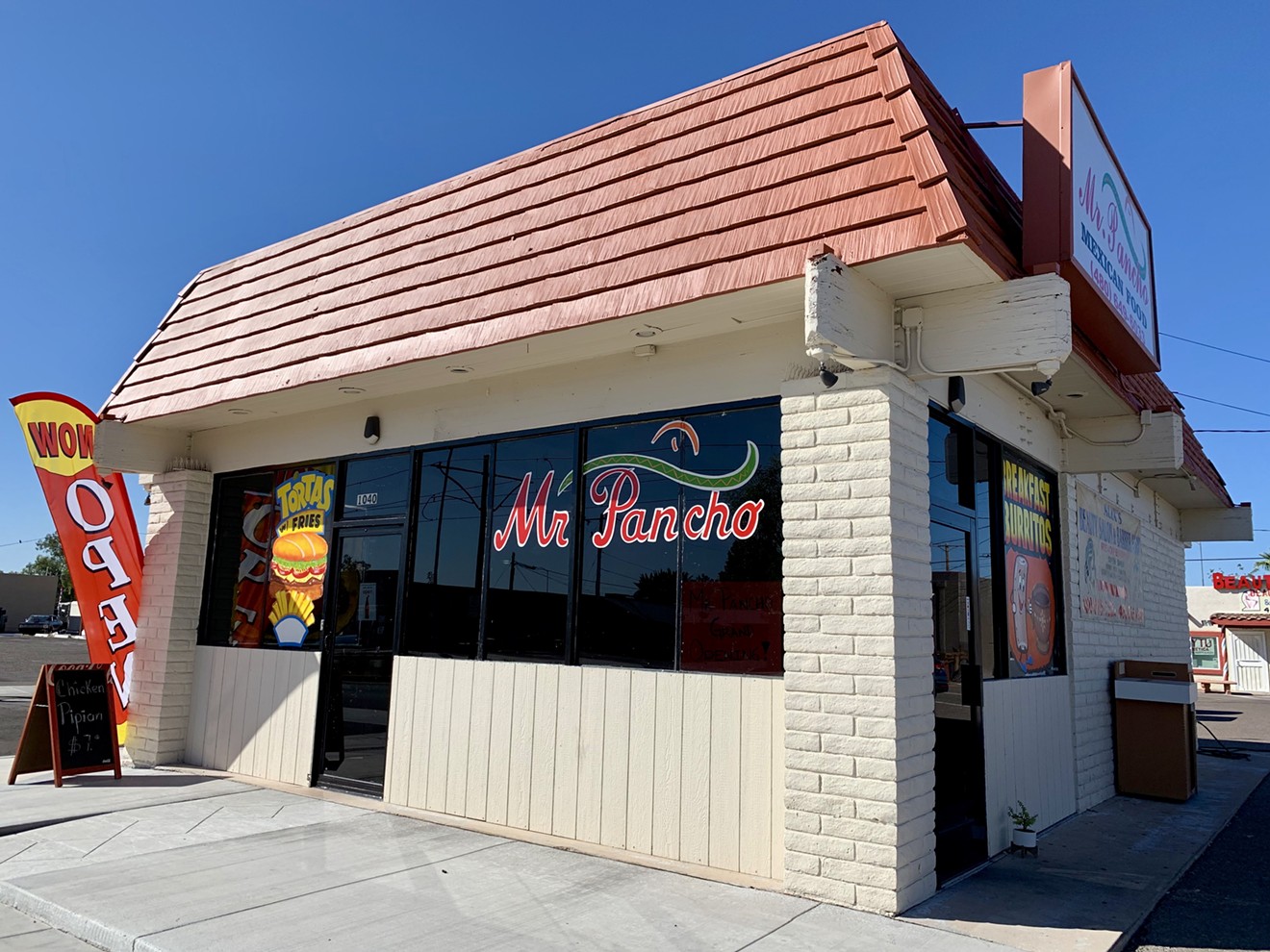 Now open: Mr. Pancho Mexican Food in Mesa. Bahar Anooshahr
Restaurant Mexico had built quite a following over the 42 years it was in business in downtown Tempe. When it closed in August 2019, many regulars were disappointed. The owner, Carolina Chavarria, wanted to close the restaurant a few years earlier, but her husband encouraged her to keep it open before he died. Now, in her 80s, Chavarria finally shuttered the iconic Mexican restaurant on Mill Avenue. When the news came that Restaurant Mexico would soon be no more, many patrons approached head cook Angel López. If he opened his own restaurant, they’d follow him. He decided to take the dare.

It’s between services and Mr. Pancho is quiet. It’s an intimate space, fitting 26 people at the most. The restaurant’s interior is clean and bright. López is seated at a table with Carolina Chavarria’s brother. 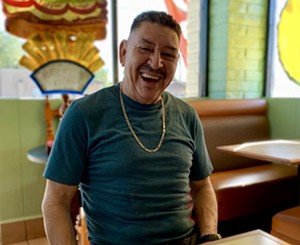 Angel López of Restaurant Mexico and now, Mr. Pancho Mexican Food.
Bahar Anooshahr
Angel López, a native of Sinaloa, Mexico, moved to the United States at age 17. A year later, in 1988, he started working at Restaurant Mexico as a dishwasher. In about four years, he was cooking food. Then, he moved up to the head cook position, where he remained for the next 30 years till the restaurant's closure. The need for employment, plus his knowledge and skill in cooking Mexican food, prompted him to open his own restaurant.

“I could not afford the Tempe location for my first venture. Like everything else, I have to crawl before I can walk, before I can run,” López says. He relocated to Mesa and opened Mr. Pancho Mexican Food on September 11. The name Pancho is a nod to his late father-in-law.

What happened to the old Restaurant Mexico? “One of the chains took it over. I’m not sure which one,” he says. A Taco Bell Cantina is scheduled to open in place of Restaurant Mexico by the end of 2019.

The small but welcoming dining room at Mr. Pancho.
Bahar Anooshahr
If Mr. Pancho feels like a transplant of Restaurant Mexico, it’s because, in a way, it is. Aside from the chef, two servers came here, too. Angie Moreno has been working with López for 30 years. Moreover, most of the interior of this restaurant — chairs, tables, and booths — are also from the old place. Further, he has the same menu items with the addition of tortas, gorditas, nachos, and three new tacos. “Plus the customers,” López says, proudly. “They kept their promise. I see lots of familiar faces most days.”

Mr. Pancho Mexican Food is open for breakfast, lunch, and dinner daily. And those are long hours for the husband-and-wife team in the back. “My wife, Nadia, and I are the only ones in the kitchen. We work hard, but your business isn’t just a job. It’s your baby. And like a baby, you have to tend to it and nurture it for it to grow.”

The daily specials at Mr. Pancho Mexican Food.
Bahar Anooshahr
Aside from his wife, his daughter and son-in-law offered their help in setting up the restaurant and are now learning the business structure.

But what about the food?

“We serve authentic Mexican food here.” He invites you to come on over, pull up a chair, and enjoy good food with friends or on your own. López has an exuberant smile and an open-armed welcoming spirit. “Make sure you take a photo of the specials of the day,” he says. Done.

Ruth Reichl, former editor-in-chief of Gourmet Magazine, once said, “You can't be a good cook if you don't have a generous soul.” López embodies this sentiment, and his many followers, relocating their meals from downtown Tempe, are a testament to it.

Mr. Pancho Mexican Food.
1040 East Main Street, Mesa; 480-649-6033
Hours: 9 a.m. to 9 p.m., Monday to Saturday; 9 a.m. to 5 p.m. Sunday
KEEP PHOENIX NEW TIMES FREE... Since we started Phoenix New Times, it has been defined as the free, independent voice of Phoenix, and we'd like to keep it that way. With local media under siege, it's more important than ever for us to rally support behind funding our local journalism. You can help by participating in our "I Support" program, allowing us to keep offering readers access to our incisive coverage of local news, food and culture with no paywalls.
Make a one-time donation today for as little as $1.