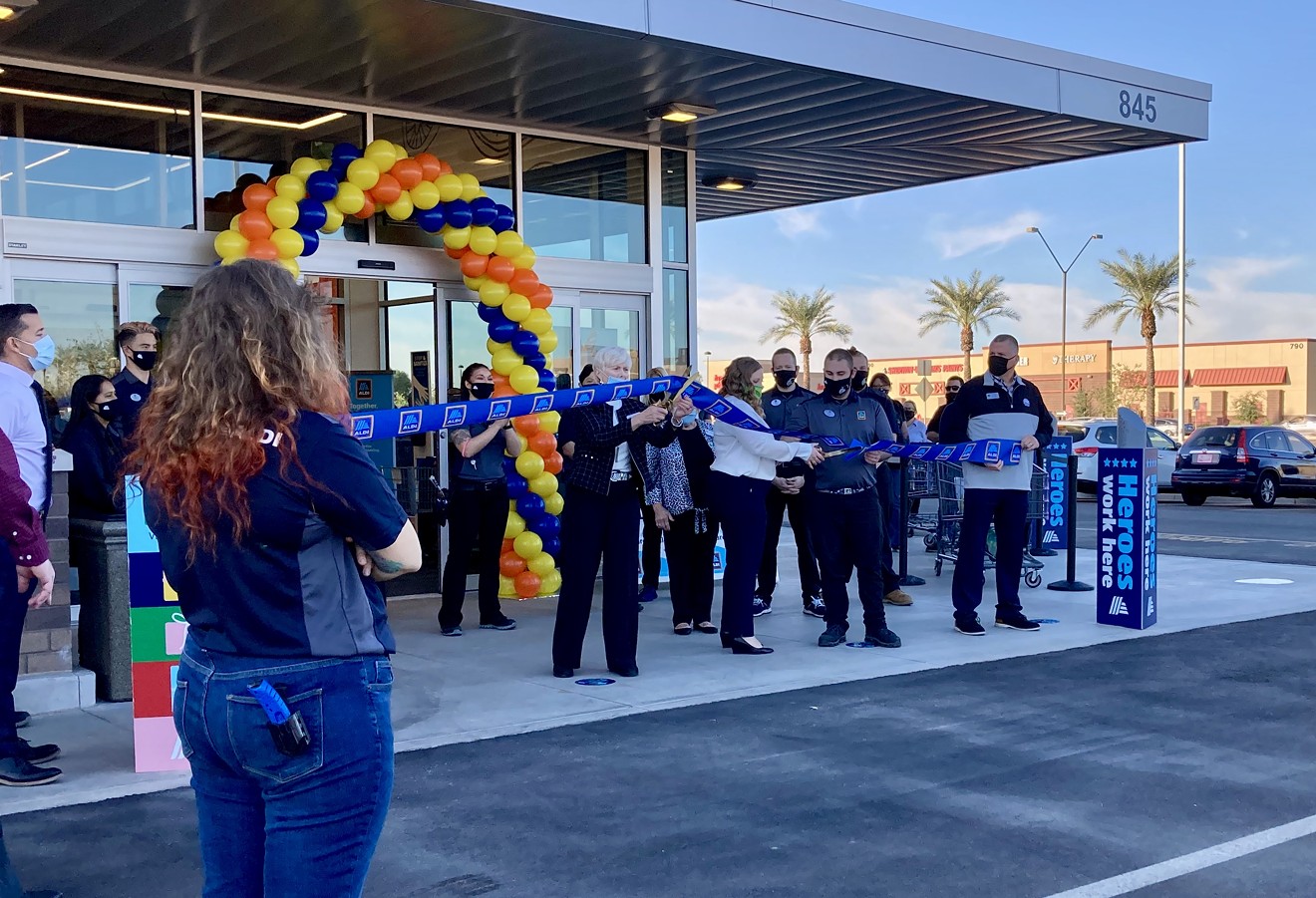 Goodyear Mayor Georgia Lord cut the ribbon at today's ALDI opening. Lauren Cusimano
Today, with the opening of its first two Arizona stores, ALDI is at the crest of its westward expansion.

Goodyear Mayor Georgia Lord cut the ribbon, counting eins, zwei, drei. She said when she once lived in Germany, she would shop at ALDI, explaining it was the only grocer she knew of that carried peanut butter. (ALDI was first established in 1961 in Germany but has had a stateside presence since 1976 when a location opened in Iowa.)

Inside the new ALDI Goodyear.
Lauren Cusimano
"I can’t wait for each and every one of you to walk through these doors,” Lord said to the line of waiting customers, which was already wrapped around the building. And, turning to the new ALDI staff, “Thank you, thank you for picking Goodyear.”

ALDI’s sleek, simple, aisles for ready for the onslaught. Produce, snacks, and holiday turkeys were in many people's carts — which ALDI offers with a $0.25 deposit.

Looking ahead, ALDI plans to open two more locations in December — 24665 North Lake Pleasant Parkway in Peoria and 1801 East Pecos Road in Gilbert. After 2020, ALDI says it intends to open 11 additional locations in the Phoenix area.

For more information, see the ALDI website.
KEEP PHOENIX NEW TIMES FREE... Since we started Phoenix New Times, it has been defined as the free, independent voice of Phoenix, and we'd like to keep it that way. With local media under siege, it's more important than ever for us to rally support behind funding our local journalism. You can help by participating in our "I Support" program, allowing us to keep offering readers access to our incisive coverage of local news, food and culture with no paywalls.
Make a one-time donation today for as little as $1.