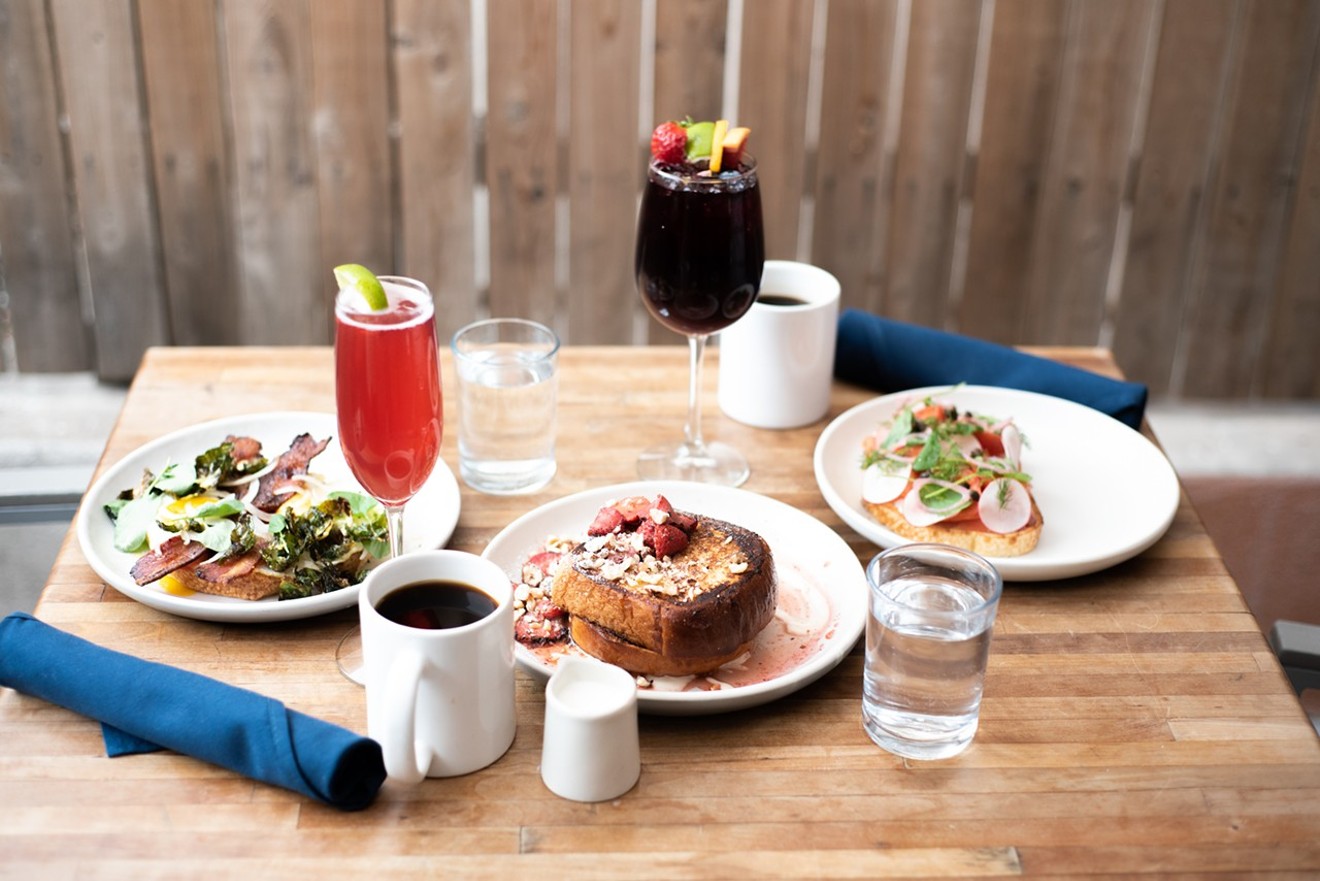 A brunch spread from Prep & Pastry. Prep & Pastry
Prep & Pastry, the popular breakfast, brunch, and lunch restaurant with locations in Tucson and Scottsdale, is opening a new spot in downtown Gilbert.

The space, located in Gilbert's Heritage District, was formerly occupied by Da'Bayou Creole Kitchen, a New Orleans-style eatery that closed in November 2021, and The Brass Tap, a sports bar that shut its doors in June 2020.

The restaurant row along Gilbert Road is home to other popular restaurants and bars such as O.H.S.O. Brewery, Postino, Snooze, and Dierks Bentley's Whiskey Row. Prep & Pastry brunch will soon be available in Gilbert.
Prep & Pastry
Nine different mimosas, boozy cocktails like the Fuegorita made with tequila and habanero bitters, and over-the-top pastries like giant cinnamon rolls and Campfire S'mores, a massive brownie topped with marshmallow meringue, round out the hearty breakfast menu.

The first location of Prep & Pastry opened in Tucson in 2014. It was the initial concept of the Ares Collective, a restaurant group owned by restaurateur Nathan Ares and chef Kyle Notthingham. The collective now includes three other Tucson concepts: August Rhodes Bakery, Flora's Market Run, a neighborhood market and cafe, and Commoner & Co, a fine dining concept, along with Prep & Pastry's Tucson East location, which opened in 2016.

The location near Scottsdale Waterfront debuted amid much fanfare in 2019 and has done well since — it won 'best brunch' in our Best of Phoenix roundup in both 2020 and 2021.

Prep & Pastry submitted an application for a liquor license for the Gilbert restaurant in mid-May.

It is slated to open in late September or early October, according to Mariah Braeseker, a manager at the restaurant's central Tucson location.
KEEP PHOENIX NEW TIMES FREE... Since we started Phoenix New Times, it has been defined as the free, independent voice of Phoenix, and we'd like to keep it that way. With local media under siege, it's more important than ever for us to rally support behind funding our local journalism. You can help by participating in our "I Support" program, allowing us to keep offering readers access to our incisive coverage of local news, food and culture with no paywalls.
Make a one-time donation today for as little as $1.