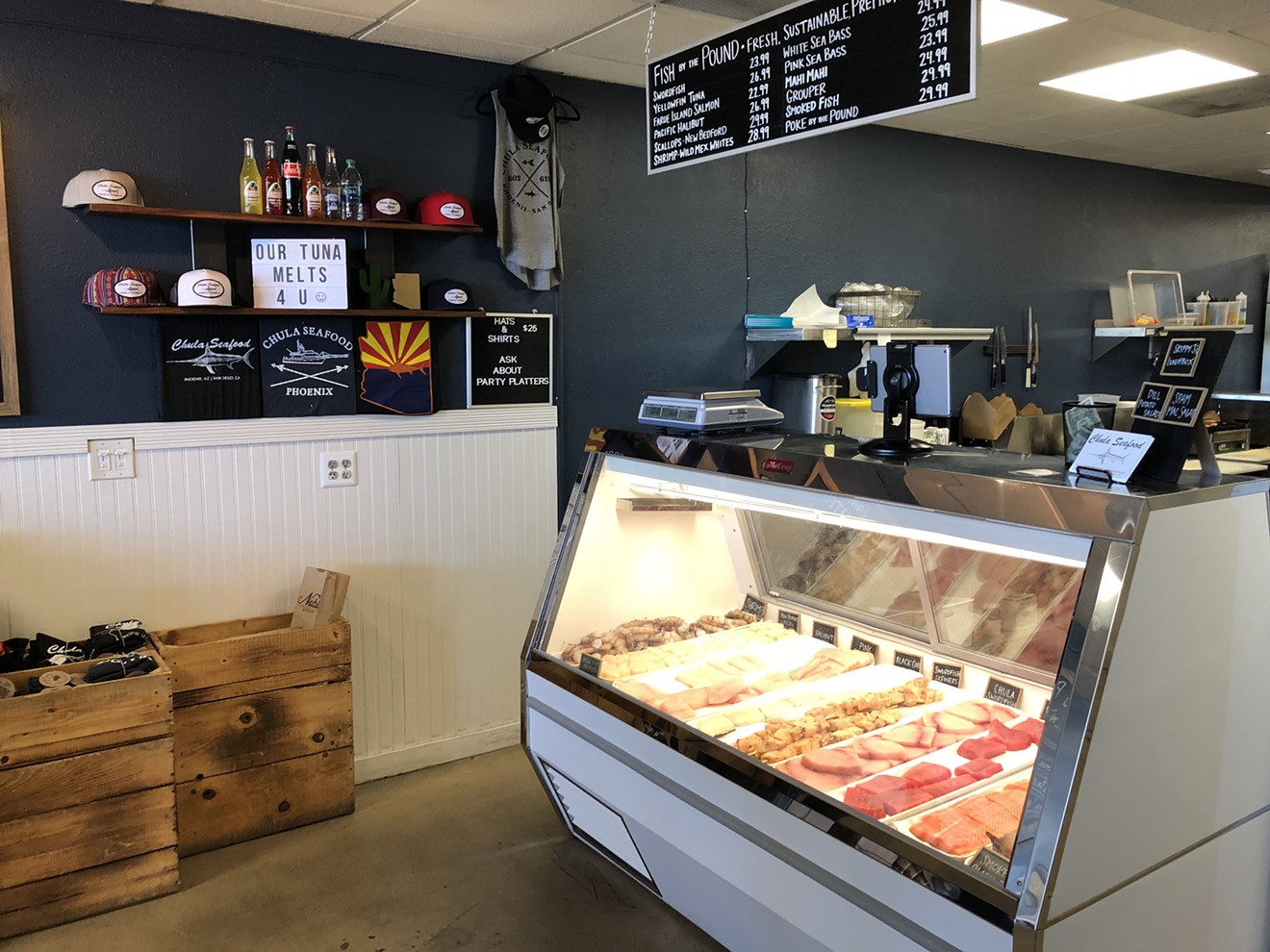 And yet, after trying Chula Seafood's tuna melt, you quickly realize something: You, me, my son, your friends, my friends — on the subject of the tuna melt, we really don't know shit.

After trying Chula Seafood's version, you realize the tuna melt you know is no tuna melt. It is a pretender, a pale imitation, some basic union of tuna, bread, and cheese but no tuna melt.

Chula Seafood is perfectly equipped to make a high-level version of this humble sandwich. Co-owners Hogan Jamison and Jon Heflin source all kinds of empyrean fish for Valley hotels and restaurants, They famously use their own boat in San Diego to harpoon swordfish, loading fish right on the California dock. They also have a storefront in Scottsdale, one that peddles lunch and dinner rather than marine life wholesale.

In the shop with blue-painted walls, you can nab alabaster cod, watermelon-red tuna, and carrot-orange salmon for your raw or cooked at-home needs. A range of bowls are on offer, ceviche and poke. Weekly specials rotate. One is the tuna melt.

This past Wednesday, the day of the special, a line of lunchers coiled to the door. As time passed, you moved closer to the counter, shuffling through reggae and the chatter.

Over an iced rainbow of fish, you could see the tuna melts being made.

They crowd onto a monster panini press, capable of handling four sandwiches at a time. The folks at Chula put an aggressive press on your sandwich, ridging the bread with the grooves of the grill. The toasting lasts a while. It results in outer bread with some brown splotches, some burnt spots, and a crisp character that, with another minute of toasting, would be a genuine crunch.

The tuna in the middle, though, is soft. It has been cooked confit-style. That means cooked immersed in fat, a method that yields fall-apart tuna, duck, chicken, or whatever has been cooked. 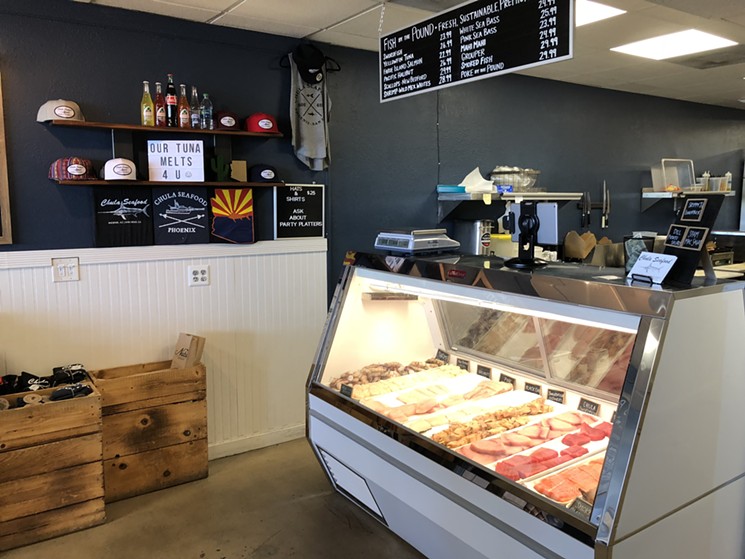 The chill interior of Chula Seafood
Chris Malloy
This tuna melt speaks with a strong Southwestern accent. Green chiles provide low heat, a mere candle flicker of cool burn. You can still get the mild flavor of albacore and the dreamy quality of melted cheese, sprinkled on with a restrained hand. The cheese is queso Oaxaca. The toasted vehicle is Noble Bread, two slices of sexy grill-furrowed goodness. Yep, we're miles from Bumblebee, American cheese, and English muffins.

A little plastic container of chimichurri comes on the side. Dunk your sandwich if you please. The famous South American sauce brims with chopped herbs, parsley, and more. It has some tang, acidity enough to slice through the heft of the cheese and the steak-like density of the tuna.

You may not need that chimichurri. This Wednesday-only tuna melt is good enough sans sauce, operating on a  a different level than the sauce, one of subtleties: textures, flavors, small aromatics. Those pleasantly interlocking qualities, though nothing pyrotechnic, are what make this genre-lifting tuna melt so damn delicious.