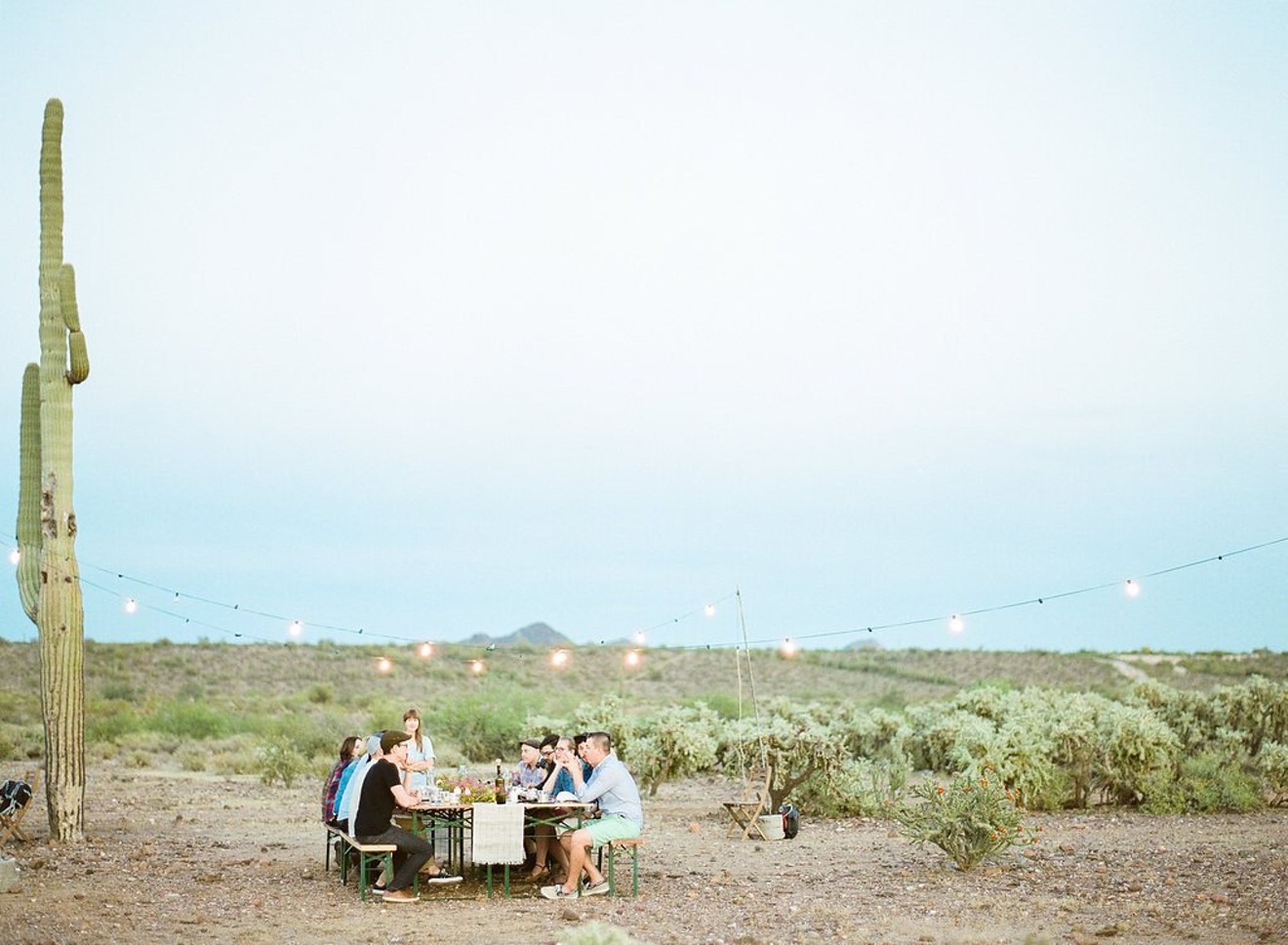 Cloth & Flame
Entrepreneur Matthew Cooley has always had a passion for the outdoors. This led him and fiancée Olivia Laux to start Float Balloon Tours in 2013. But the adventure didn’t stop there.

The idea for this new business venture happened unexpectedly, evolving from the balloon flight company, which serves a meal to its guests when they land.

Float Balloon Tours offers sunrise and sunset balloon tours in addition to private hot air balloon charters. Each balloon ride lasts up to an hour and a half and includes a pre-flight snack, post-flight sparkling craft cocktails and brunch, or a candle-lit dinner depending on the flight option chosen.

“We were doing photo shoots for Float to capture some of the food,” says Cooley. “We started getting together a bunch of friends and hosting dinners just for photos. People were reaching out asking, ‘How can I get involved in this?’ They found us on Instagram.”

The concept for each dinner is simple: Guests meet at Cloth & Flame’s Phoenix facility, where they are driven by passenger van into the desert. A local chef prepares a four- or five-course meal on-site while guests enjoy the beauty of the Sonoran Desert. 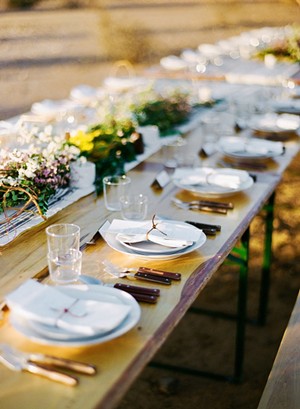 Cloth & Flame
Cooley’s favorite part of the evening is when guests first catch a glimpse of where they will be dining.

“We turn the last bend and you don’t know what’s coming, but you’re thrilled at what it can be,” Cooley says. “I think people are just blown away. No one talks when we first get there.”

Each dinner takes about a month to plan. Cooley and Laux work with an event stylist who helps create the dinner scene. They consult with the local chef, chosen by Cooley and Laux, and figure out what location would work best. Then the location is scouted for plants and flowers that can be incorporated into the table setting. A week before the event, the menu is posted online.

Cloth & Flame’s February 14 dinner was the fifth public event since the company started almost a year ago.

Past dinners included a southern-inspired meal and a New Year's Eve celebration.

The desert dining company has worked with Executive Chef Stephen Jones of the Larder + The Delta and Executive Chef Robbie Tutlewski of Pane Bianco, and hopes to work with more in the future.

Next month, Cloth & Flame plans to bring these desert dinners to different areas of the state. Cooley also has in the works a picnic basket program, where the company will deliver a meal for two in a picnic basket to a local park.

If guest take away one thing from this dining experience, Cooley hopes it’s this:

“Dining outdoors allows us to take it slow, explore a place by just being in it for a while.”

To reserve a seat at an upcoming dinner, visit the Cloth & Flame Facebook, Instagram, or website. Tickets range from $65 to $115 per person with 10 percent of proceeds to benefit the Sonoran Institute, an organization that aims to connect people and communities with the natural resources that nourish and sustain them.

To book a balloon flight, visit the Float Balloon Tours website. Tickets range from $205 to $950 per person.