10 Places to Eat, Drink, and Watch the Kentucky Derby in Phoenix 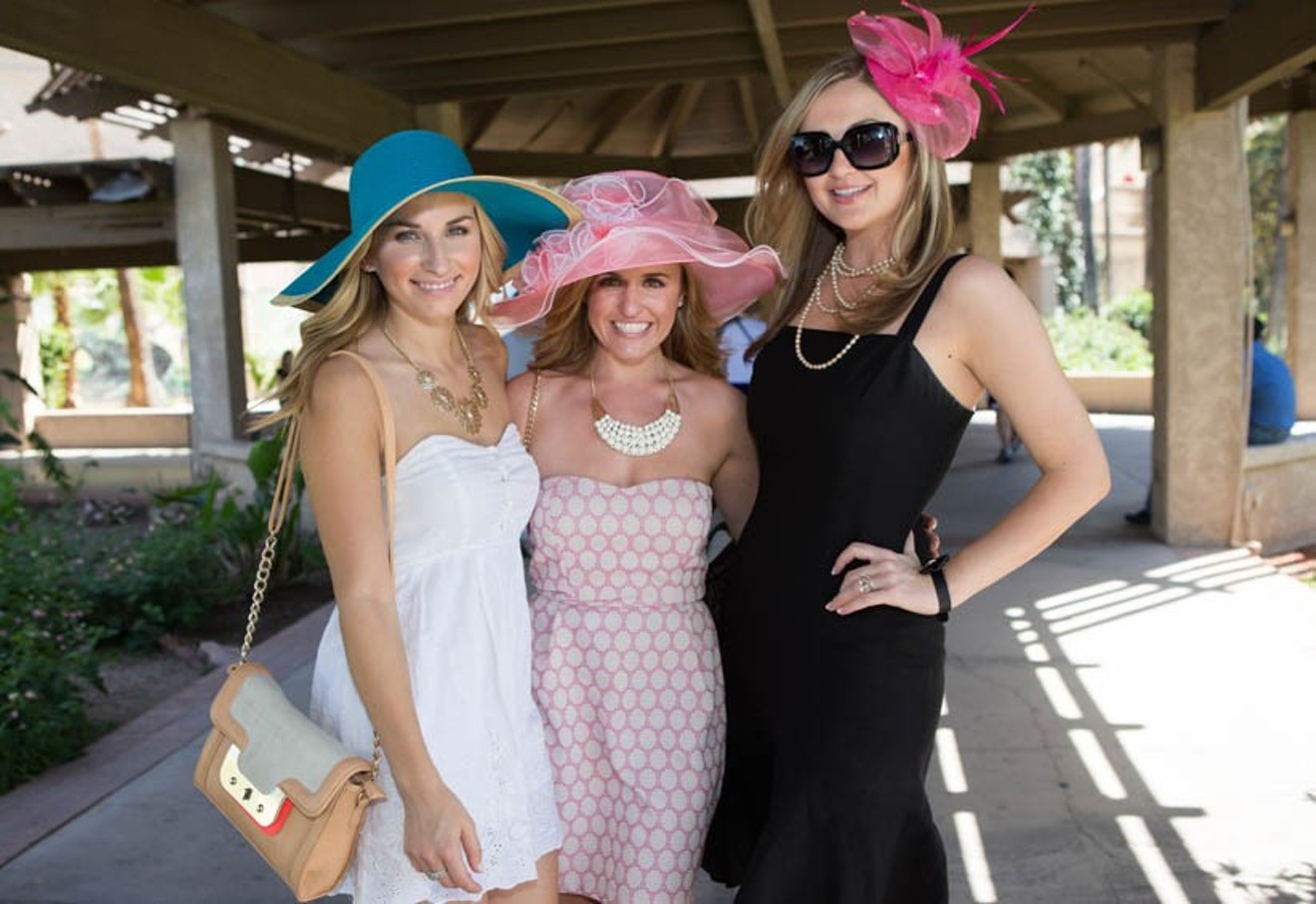 Celebrate the running of the Kentucky Derby at venues across the Valley. Melissa Fossum
The Kentucky Derby is one of America’s oldest and more esteemed sporting competitions. It’s also one helluva excuse to really eat and drink.

That’s exactly what folks will be doing Saturday, the 144th edition of the race, at Churchill Downs in Louisville, Kentucky, and in cities across the United States.

That, of course, includes Phoenix, which will feature a number of viewing parties and events celebrating the “most exciting two minutes in sports.”

We’ve assembled a list of the best and most stylish affairs taking place, all of which you can dress like a dapper Southern dandy or sport your finest hat. You might even win a prize.

On your mark, get set, and go! 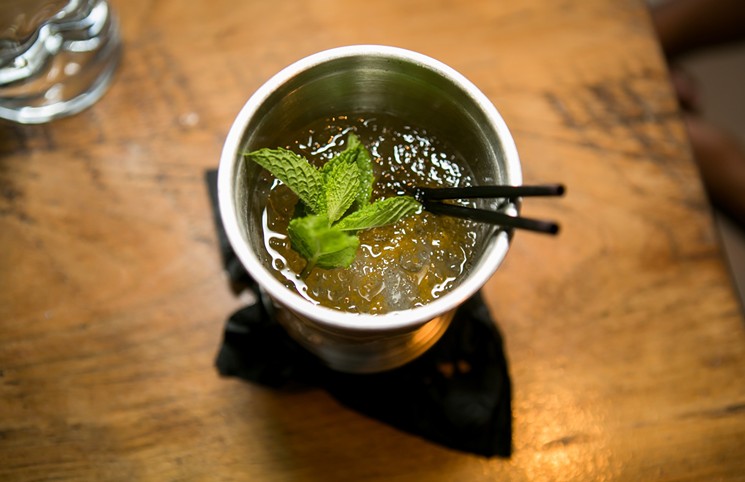 Guests are encouraged to wear dapper or stylish finery suitable for the occasion: hats, elegant spring dresses, seersucker suits, and so on. Those who are dressed the best will win such prizes as a weekend stay at the resort or a dinner for two at Bourbon Steak.

This honky-tonk will offer specials on Kentucky hot brown sandwiches and barbecue pork sliders. You can also whet your whistle with $8 mint juleps and $8 Kentucky mules. A brunch will be served from 10 a.m. until 1 p.m. Stick around after the race for live music from local country band Arizona Blacktop, starting at 5:30 p.m. Doors open at 10 a.m. and there’s no cover. Call 480-664-1738.

As name portends, DeSoto's “Kentucky de Mayo” party will be a little bit Derby, a little bit Cinco, and a whole lot of fun. Founders Brewing Company will celebrate its summer-long takeover of taproom with a special tapping of its Kentucky barrel-aged bourbon stout. It will also have a dozen other brews available.

Meanwhile, DeSoto's will offer specials such as $5 angry ball cocktails, $6 traditional mint juleps, and $16 mystery beer buckets. Patrons can also purchase “Cinco Cinco burgers” and $2 tacos. The men and women who rock the best Derby-inspired outfits will win prizes. The party starts at 11 a.m., and the race happens at 3:30 p.m. Call 602-680-7747 for more info.

If you'd like to play the ponies, Harold's OTB windows will open for business starting at 9 a.m. and, yes, they'll be taking bets for the Derby. Wagering won't be the only way you can win something, however, as prizes will also be awarded to the ladies with the best hats and gentlemen who are the most stylishly dressed. The celebration goes from 8 a.m. to 5 p.m. Admission is free. Call 480-488-1906.

The Bevvy in Scottsdale.
Courtesy of EEG
The Bevvy
4420 North Saddlebag Trail, Scottsdale

This Scottsdale will be going all out and over the top for the occasion. The staff with dressed in Kentucky Derby garb (think huge hats, colorful pants, and pastel colors) while the place will be covered with fanciful decorations. They're even setting up a huge extended patio outside with outdoor bars, additional seating, and an array of HDTVs.

The Bevvy's drink menu will also be expanded to include Derby- cocktails made with both Woodford Reserve and Bulleit bourbons. Dos Equis and Corona will also be on special since it's also Cinco de Mayo. Wagers can also be placed via the Bevvy's OTB window and prizes will go to the male and female patrons who are best dressed or wearing the best hats. The party starts at 8 a.m. Call 480-525-9300.

All three Thirsty Lion locations in the Valley will host Kentucky Derby viewing parties. Each will feature mint juleps, as well as selections for the gastropub's spring menu. Hours are from 11 a.m. to midnight. 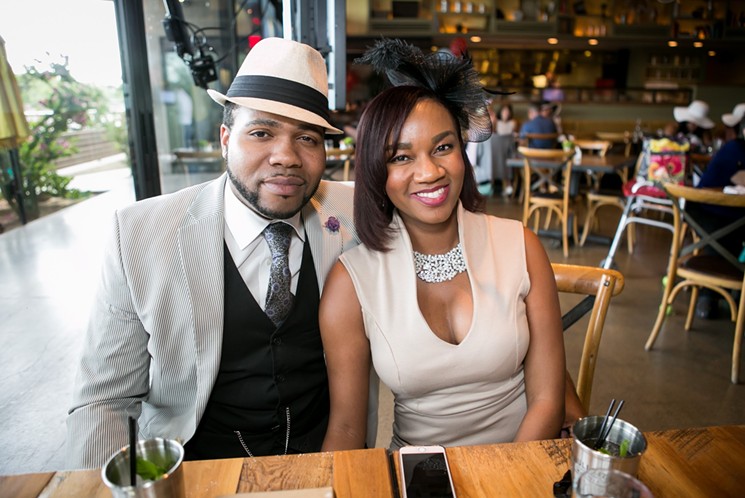 Chef Justin Beckett is planning a unique Derby Day menu for Southern Rail’s annual viewing party. The restaurant’s regular lunch and dinner menu, not to mention mint juleps. Patrons are invited to dress for the occasion and wear their snazziest hats and attire, which might just earn them a prize. The affair runs from 1 to 5 p.m., and reservations are requested. Call 602-200-0085.

Want to celebrate both Cinco de Mayo and catch the Kentucky Derby at the same time? Kelly’s at Southbridge has you covered. Besides the requisite mint juleps ($9 each), they’ll also have $2 tacos and $7 you-call-it drinks made with Casamigos tequila. The best-dressed Derby couple and the patron with the best hat will both receive prizes during the event. If you’re still in the mood to party after the race, a set by the Jake Dean Band starts at 6 p.m., followed by DJ Rolemodel from 9 p.m. until close. Call 480-393-3205. One of the biggest Kentucky Derby viewing parties in the Valley fittingly takes place each year at this landmark Phoenix horse track. It will feature an enormous spread, including air-conditioned tents, Champagne tastings, wagering stations, a taco bar, and several 65-inch screens showing the big race.

You can get an early start to Derby Day at Padre Murphy’s in Glendale. They’ll have breakfast service from 8:30 to 11:30 a.m. with a number of drink specials throughout the day (including mint juleps, peach mimosas, and other fittingly themed libations). More than 90 TVs will be showing the race, and off-track betting will be available. Call 602-547-9406 for more info.