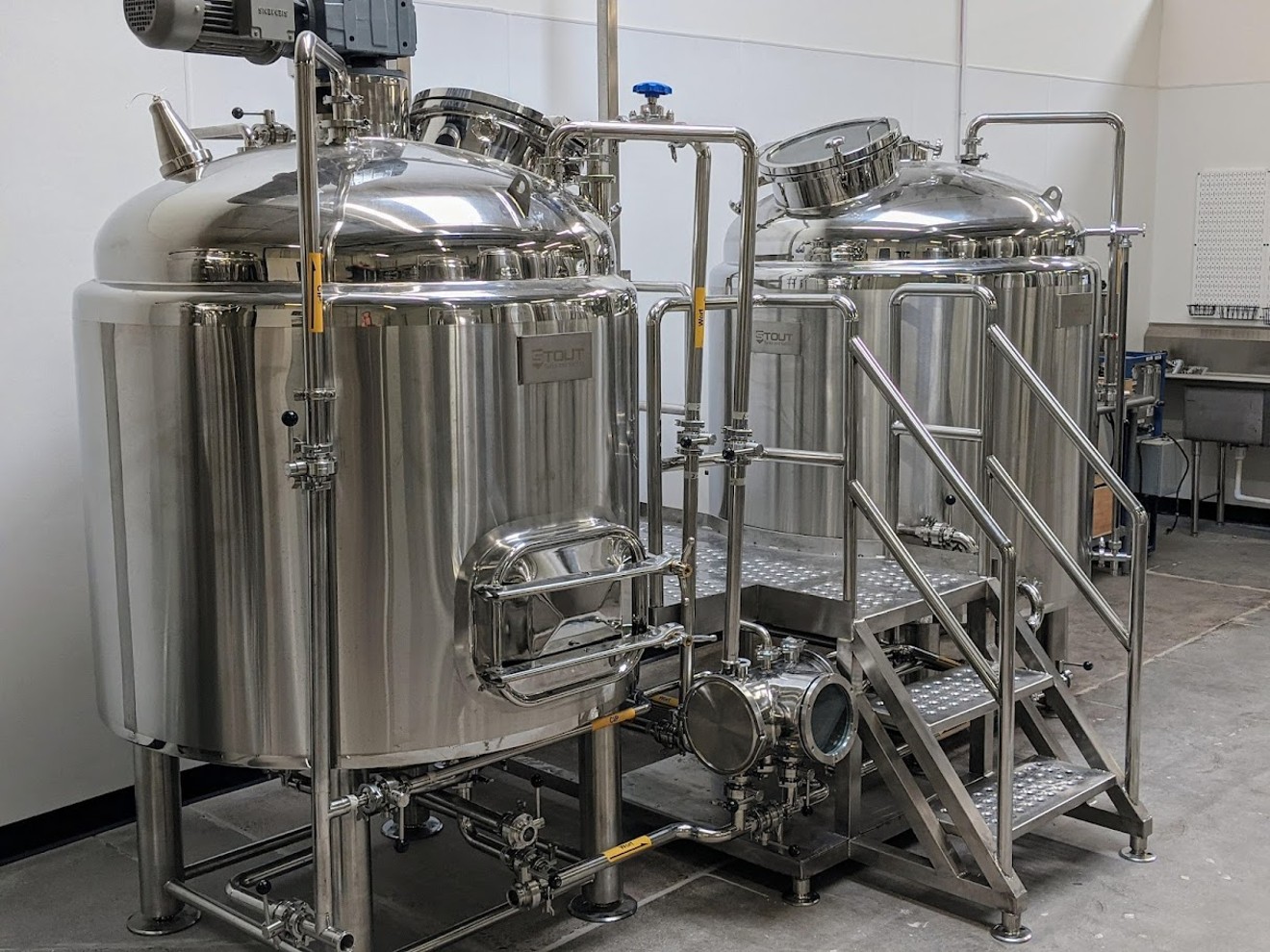 "We love everything that beer encompasses," Kelley says. "Not just what's in the glass, but the camaraderie that it brings between friends, family, and strangers. We wanted to create a place where others could experience that."

Kelley says he initially became curious about the brewing process and quickly fell in love with the many different styles of beer that can be made. After meeting Westby, the two started creating recipes like IPAs and sours for their beers.

Westby said while they were doing well at their corporate jobs and hitting all the goals they set for themselves, the two weren't feeling fulfilled with their work. After the country shut down during the pandemic and their company went through some dramatic changes, the pair decided to take the leap and start planning to open their brewery. Owners Dustin Westby and Nick Kelley.
Lake Pleasant Brewing Company
"The unpredictable can happen sometimes, and I didn't ever want to be in a position where we were thinking back wishing we would've tried," says Kelley.

The brewery joins a bustling craft scene just northeast of I-17 and the 101 Loop in North Phoenix, including Front Pourch Brewing and Simple Machine Brewing Company. The brewery, currently still under construction, will have a family-friendly setting to accommodate 100 people. There will be 18 taps with Kelley and Westby's brews.

The co-owners are still planning the finalized tap list, but Kelley said they hope to offer hazy IPAs, blonde ales, porters, and stouts once construction is complete. Once the business kicks off, Kelley said they'd like to start offering sours and other local brews.

There is no set opening date due to supply chain shortages and shipping delays, but Westby said their ultimate goal is to start creating a tap list and brew so they can open by the end of January.

"Everything was supposed to be finished by the end of July or beginning of August, but we still don't have all of it done," says Westby. "Hopefully, in the next few weeks, everything will be here so we can start making the beer and planning our opening."

Westby says the aim is to create a family-friendly hangout where people could host events or chill with friends over a glass of beer.

"It's a family endeavor for both of us, so we want to be able to invite people to bring their kids," he said.

"Throughout the 10 years that we've spent together, we've had great celebrations over beer, and it's just so much more than what the beverage is but the experience it brings," Kelley said. "We've done a lot of traveling in other parts of the country, soaking in what beer like across America, and we want to bring bits and pieces of that culture here to Arizona."

Lake Pleasant Brewing Company
1950 West Rose Garden Lane, Suite #130
Opening date and hours TBD
KEEP PHOENIX NEW TIMES FREE... Since we started Phoenix New Times, it has been defined as the free, independent voice of Phoenix, and we'd like to keep it that way. With local media under siege, it's more important than ever for us to rally support behind funding our local journalism. You can help by participating in our "I Support" program, allowing us to keep offering readers access to our incisive coverage of local news, food and culture with no paywalls.
Make a one-time donation today for as little as $1.