Phoenix, Please Don't Eat That Egg You Tried to Cook on the Sidewalk 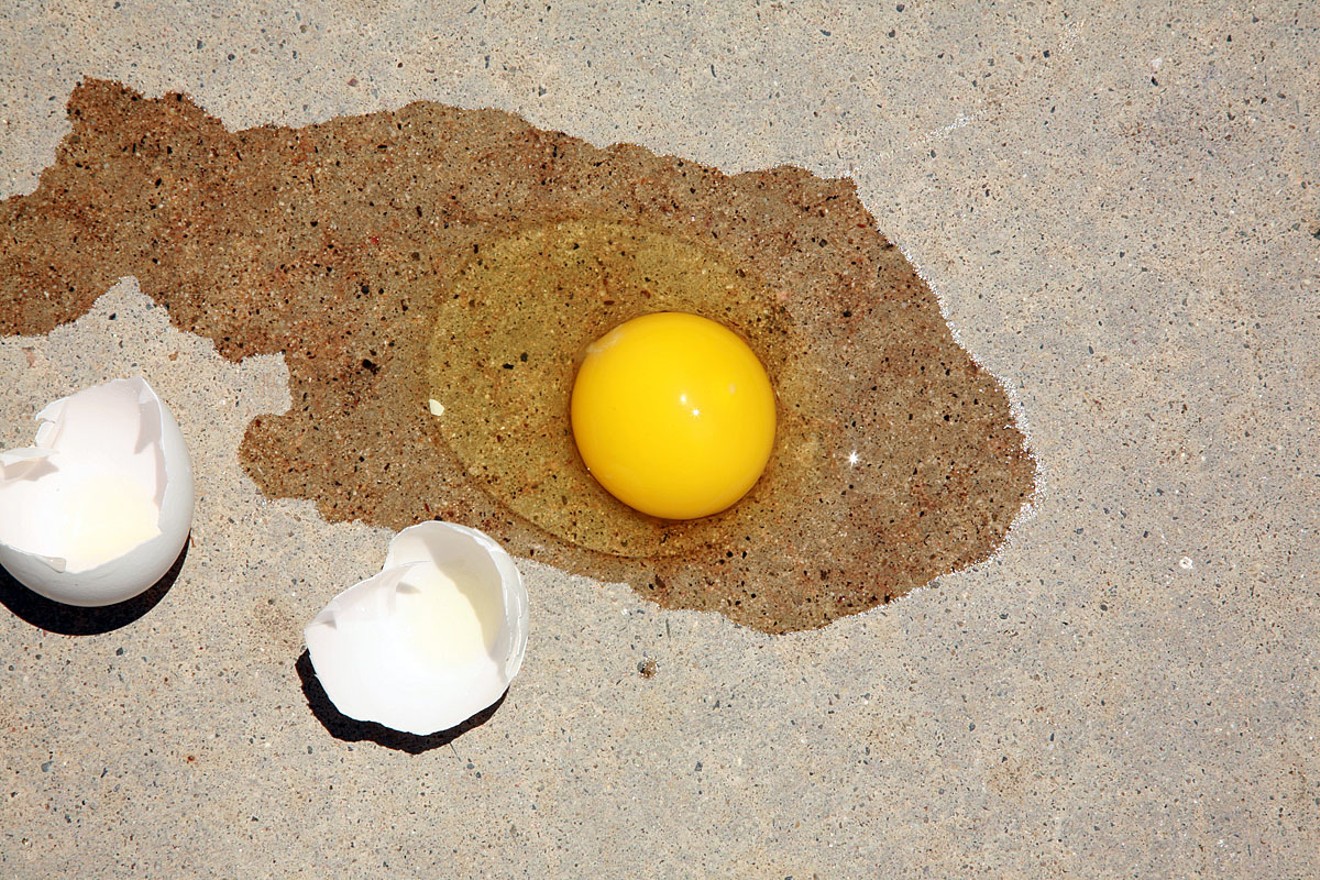 Mike Ladrey/ Shutterstock
With the temperatures heading toward 120 degrees this week, a long tradition of trying to cook things on the ground has again reared its sweaty head here in the Valley.

Spoiler alert: The sidewalk cannot conduct enough heat to cook an egg, as concrete's maximum temperature — according to the laws of thermodynamics — is 145°F, while the minimum heat required to really firm up the proteins in an egg is 158°F.

Some of you may now point to the annual outdoor egg-frying festival in Oatman, Arizona, where each Fourth of July hundreds gather to watch breakfast cook on their streets. Here's the thing about the Oatman festival: The organizers changed the rules many years ago to allow contestants to use surfaces with more heat conductivity, like cookie sheets, frying pans, and foil, along with heat-increasing tools like magnifying glasses and mirrors, after it was deemed impossible to directly fry eggs on the sidewalk.

We debunked the folksy fried-egg-on-the-sidewalk myth years ago too, but that still hasn't stopped us — and many other individuals — from trying to sun-cook other things in other ways, as was the case when we tried to turn a car into a solar oven. Chow Bella's reporting journalist had third-degree burns and very crispy cookies to show for it. We had better luck earlier this week with a frozen pizza.

Despite a few solar success stories, at the end of the day, trying to cook outside using just the radiant heat from the sun is more likely than not going to leave you sweaty and frustrated with little-to-no Instagrammable material to show for it.

Worse yet, if you try to eat your sun-cooked creations (please, please don't!) you are gambling with a serious case of food poisoning. 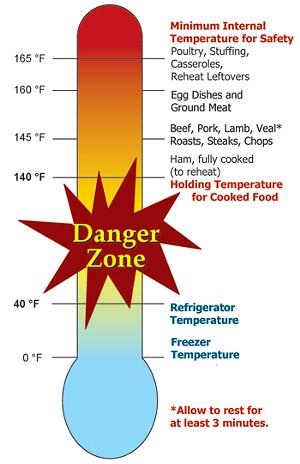 USDA
To start with, according to the FDA, you should never leave eggs or dishes that contain eggs, out for more than 20 minutes on days when the temperature is above 90°F. In the case of the low-temperature outdoor cooking being discussed here, chances are good that you will have your dish outside longer than that, and it will likely not be above the recommended 140°F cooking temperature that entire time.

After 20 minutes in the idyllic bacterial heat range between 40°F and 140°F, harmful, gut-poisoning bacteria doubles, and keeps doing so as long as it remains in this "zone." That's why the first step in preventing the diarrhea and vomiting associated with food poisoning is to keep food out of what is referred to in the food safety biz as "the danger zone."

As a general rule of thumb you should keep your hot food hot at 140°F or above, and keep cold foods cold at 40°F or cooler. Keep this in mind during backyard barbecues and picnics this summer as well. (I feel like such a nagging mom, but really, you'll thank me when you see someone less careful afflicted by the dark forces of food poisoning. Don't get me started on the double-ended-food-poisoned-man's dilemma.)

So yeah, that grilled cheese that's been perfectly seasoned with flies and exhaust over the last two hours that you've had it slow-cooking on the hood of your car?