Every Phoenix Restaurant Opening and Closing in December 2021 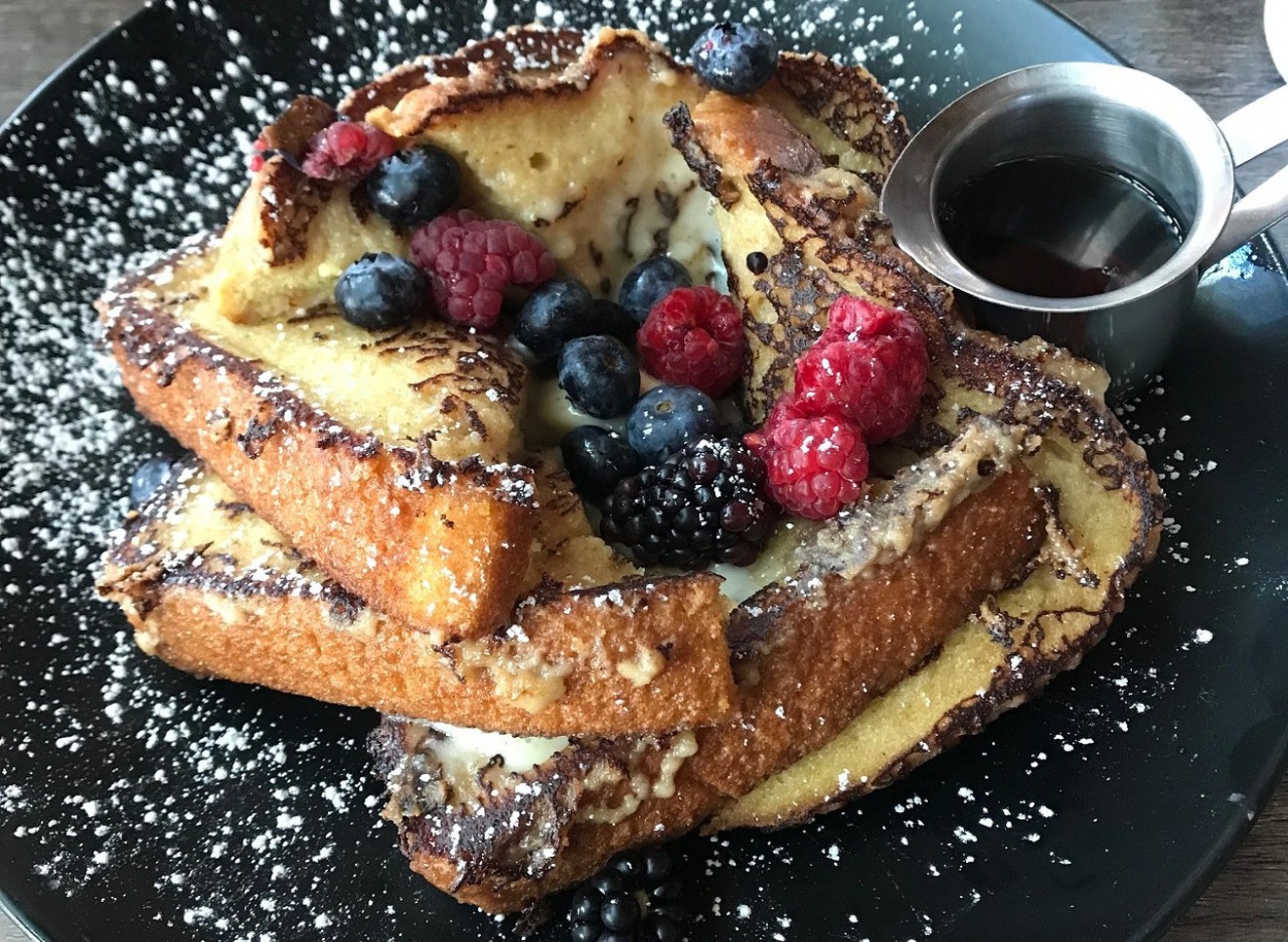 Mascarpone French toast topped with fresh berries and powdered sugar at OAK on Camelback. Allison Cripe
The Phoenix restaurant scene saw a busy conclusion to 2021. In December, we welcomed 35 new restaurants to the Valley — everything from sushi joints, a Korean hot dog place, and a hybrid concept of candy and beer flights under the same roof.

The past month saw the opening of The Garden Bar on Sixth Avenue in downtown Phoenix. Mixologist Kim Haasarud, a James Beard honoree, opened her new concept in a 1914 California-styled bungalow. The garden-to-glass restaurant features fresh, artisanal drinks that are sourced locally. Food includes several different grazing (also known as charcuterie) boards. Another hybrid concept, The Sugar Bar, opened this month in Chandler, and combines a candy store and taproom in one place. There are 29 beers on tap and a rotating selection of 80 candies and snacks.

Valley restauranteur Joey Maggiore opened The Mexicano in the former Salty Sow space near Cactus Road and Tatum Boulevard in Paradise Valley. The menu includes Mexican-inspired eats like elote, empanadas, enchiladas, and molcajetes. The ambiance is fun and upbeat.

Chef Jesus Figueroa has partnered with Teddy and Katie Myers to open Wren & Wolf, an all-day restaurant and bar, on the northwest corner of Central Avenue and Washington Street in downtown Phoenix. The new downtown hotspot is a perfect pit stop for those who want to grab dinner before the game or theater show.

Beet salad with deviled egg at Sottise.
Natalia Ankiewicz
In casual dining news, Los Angeles-based restaurant, Slangin’ Birdz, made its debut in Tempe. The joint specializes in Nashville hot chicken. If you're craving a variety of options like crepes, sandwiches, and burgers, check out Foch Café & Bistro which opened at the Orchid House in downtown Tempe. The west Valley welcomes Myungrang Hot Dog, a restaurant showcasing Korean-style battered hot dogs.

Cava, a fast-casual Mediterranean restaurant made its debut not he southeast corner of Camelback and 16th street in December.

Chef TJ Culp and Esther Noh opened Sottise in the Knipe House, 112-year-old building on the southeast corner of Portland and Second Street on Roosevelt Row. The bistro plates French classics inspired by the café and brasserie culture from the streets of Paris.

December saw an influx of openings in Phoenix; only three notable closings happened this month: The Siamese Cat closed after 34 years, The Vig (Uptown), and Waldo's BBQ and Catering.

Here's the complete list of metro Phoenix restaurants and bars that opened and closed in December:

Restaurants and bars opened this month:

Restaurants and bars reopened this month:

Restaurants and bars closed this month:

The Siamese Cat, 5034 South Price Road, Tempe
The Vig Uptown, 6015 North 16th Street
Waldo's BBQ, 1524 East Williams Field Road, #101, Gilbert
KEEP PHOENIX NEW TIMES FREE... Since we started Phoenix New Times, it has been defined as the free, independent voice of Phoenix, and we'd like to keep it that way. With local media under siege, it's more important than ever for us to rally support behind funding our local journalism. You can help by participating in our "I Support" program, allowing us to keep offering readers access to our incisive coverage of local news, food and culture with no paywalls.
Make a one-time donation today for as little as $1.