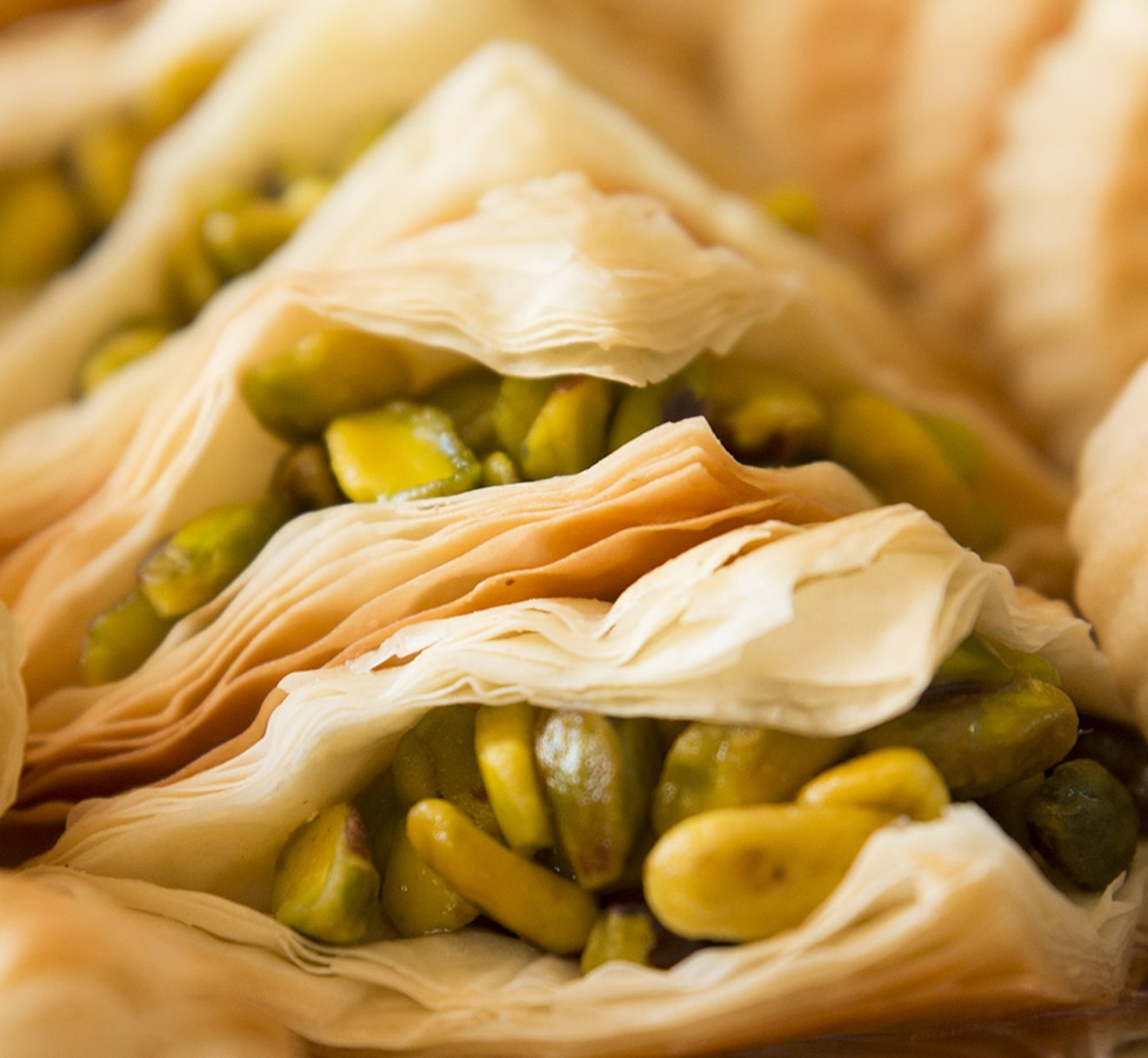 Nutty, buttery baklava from local Syrian bakers. Courtesy of Syrian Sweets Exchange
A pop-up shop featuring food and handicrafts made by Arizona refugee women is headed to downtown Phoenix in February. Global Market will open its doors at CityScape on Washington Street in time for First Friday (February 2) and will stay open (Monday through Saturday) until the end of the month.

The shop will showcase three organizations: the Syrian Sweets Exchange, AMWA, and RISE. The Syrian Sweets Exchange was established last year as a bake sale program for refugee families and has since become a fixture of several Valley farmers markets. The group now has around 20 Syrian bakers whose popular baklava and pastries will be available at the shop. Women from AMWA (The American Muslim Women’s Association of Arizona) will sell handmade pillow covers, aprons, oven mitts, and kitchen decor at Global Market. And RISE, Refugee Integration, Stability and Education, a Chandler-based branch of AMWA that provides tutoring for refugee children, will lead art demonstrations and craft activities at the pop-up.

A group of three graduate students from ASU’s Office of Global Social Work conceived of the Global Market project and worked in collaboration with the office of the vice mayor of Phoenix to coordinate the event. CityScape donated the retail space for the shop.

Alyaa Al-Maadeed, ASU graduate student and administrative coordinator for Global Market, says the idea is modeled after short-term pop-up retail events that big companies such as Amazon have popularized, but she said organizers believe the same concept can be applied to small community groups or nonprofits.

Arizona has more than twice as many refugees per capita than the U.S. as a whole, according to Pew Research. In 2016, more than 4,000 refugees arrived to the state from the Democratic Republic of Congo, Syria, and other conflict-stricken regions. Al-Maadeed says Global Market will be a chance for some of Arizona’s refugees to take on an entrepreneurial project, get more work experience, and practice their English with shoppers.

But organizers hope visitors to Global Market will gain something as well.

“We want people living in Arizona to know more about the refugee community,” Al-Maadeed says. “We want it to be more of a learning experience.”