GrubBot 3000: The University of Arizona Rolls Out Robot Delivery 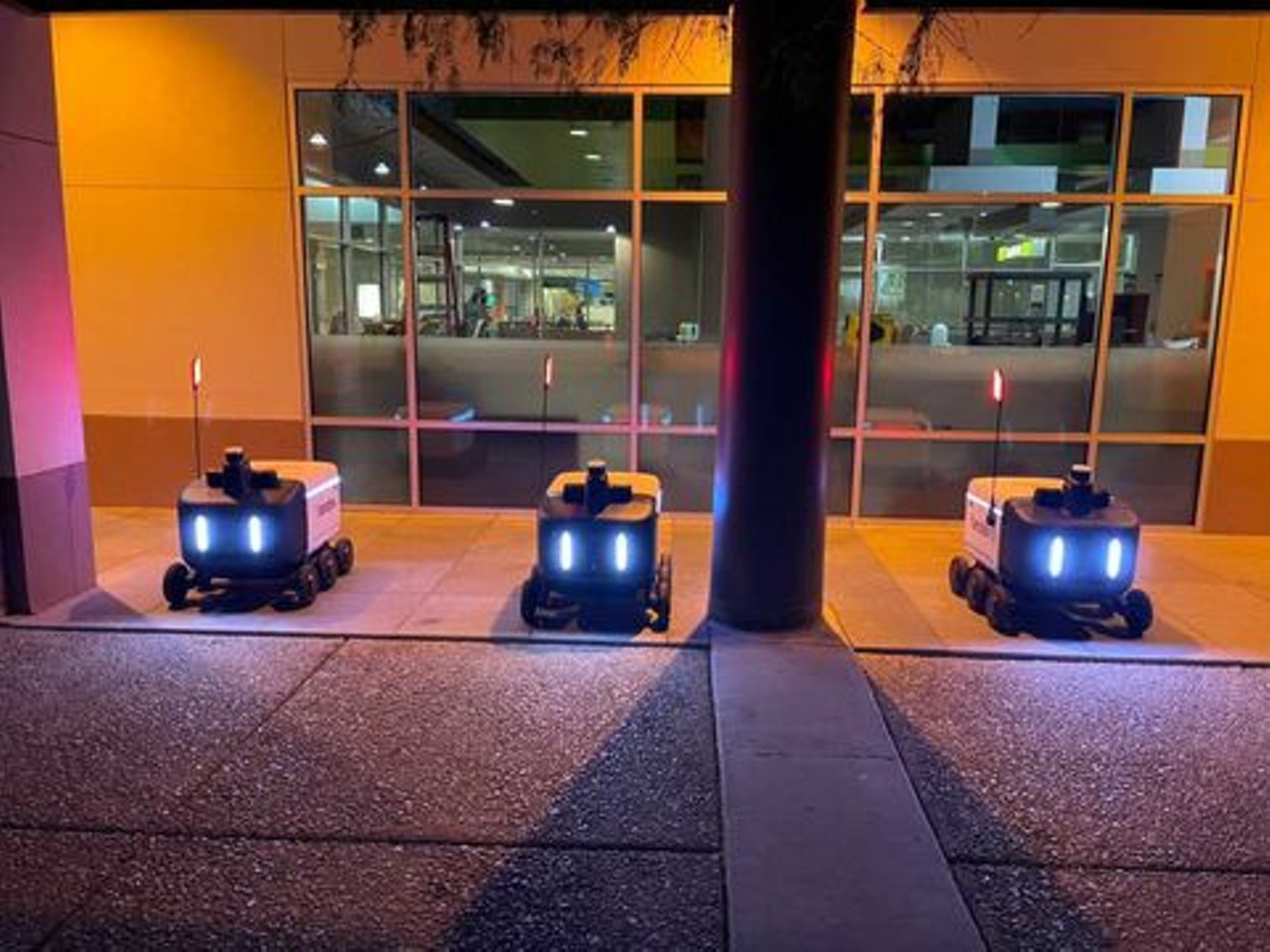 The new Yandex Self-Driving Group's robot delivery technology, known as rovers, can be utilized by students through the Grubhub app.

"Our ongoing partnership with Grubhub, and now Yandex, continues to strengthen and bring cool innovation to our campus," said Todd Millay, executive director of Arizona Student Unions. "We're lucky to be the second school in the nation to launch with Grubhub's new robot delivery service, and we can't wait for our students to enjoy the convenience of this amazing technology."

UofA is the second college campus to use the technology, following Ohio State University.

Shelby Humbarger, a third-year student at UofA, said she was ordering through the Grubhub app like she usually does and was assigned a robot to deliver her IQ Fresh order.

"It took about 20 minutes to get to me from the union, which is right next door," she said. 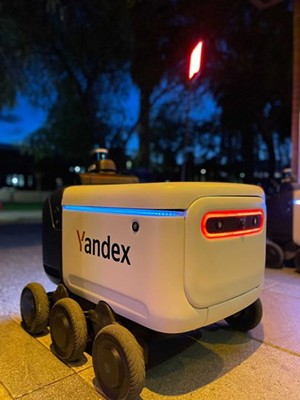 The six-wheeled rovers come directly to you, and you enter a code to release your goods.
Niko Siapkaris

Like many upper-level students, Humbarger is not on a meal plan at the university. She relies on delivery services semi-frequently, especially while working at her on-campus job. Although it may have been quicker for her to walk from her job, the robot provides convenience.

Like other delivery services, what is getting delivered is essential. Soup could arrive cold, and frozen items can melt in transit. So was the case for Humbarger and her acai bowl.

Humans also accompany the delivery robots to monitor their activity because the program is new.

"There is a guy that follows around on a Segway to make sure that it gets to you because it's so new," Humbarger said. Because of the human, her interaction was a little awkward.

"He had to watch me take out my food and make sure that I got it, and I didn't know how to open it," she said.

Like most delivery services, you receive a notification when the food arrives. You receive a code to open the robot and retrieve your goods. For Humbarger, there was a delay between when she knew the bot was there versus when she could open it.

Student Niko Siapkaris, who lives off-campus, said, "Personally, I don't really have a need for it. But I can see the appeal of it."

He said he sees the rovers at least once a day.

"I came out with my chemistry class, and it was just standing there, like right at the doorway, and I thought it was one of those weird radar satellite robots that Google uses to do 3D tracking," Siapkaris said. "It just stood there for like two minutes, not moving anything. I was just looking at it for two minutes."

According to a press release, the third-generation robots feature removable batteries that are fast to replace, additional cameras, increased robot capacity, LED headlights, and a softer suspension.

The rovers travel 3 to 5 mph and are available seven days a week through various weather conditions.

Both Arizona State University and Northern Arizona University have similar robots provided by Starship Technologies on campus. However, they use their own delivery app, unlike the Yandex rover.

"We are excited to see just how quickly autonomous delivery robots are becoming an essential part of campus life," said Peter Szelei, business development executive at Yandex SDG. "Our robots are already delivering thousands of orders every week on college campuses — simplifying the daily lives of students, professors, and anyone spending time on college campuses."
KEEP PHOENIX NEW TIMES FREE... Since we started Phoenix New Times, it has been defined as the free, independent voice of Phoenix, and we'd like to keep it that way. With local media under siege, it's more important than ever for us to rally support behind funding our local journalism. You can help by participating in our "I Support" program, allowing us to keep offering readers access to our incisive coverage of local news, food and culture with no paywalls.
Make a one-time donation today for as little as $1.