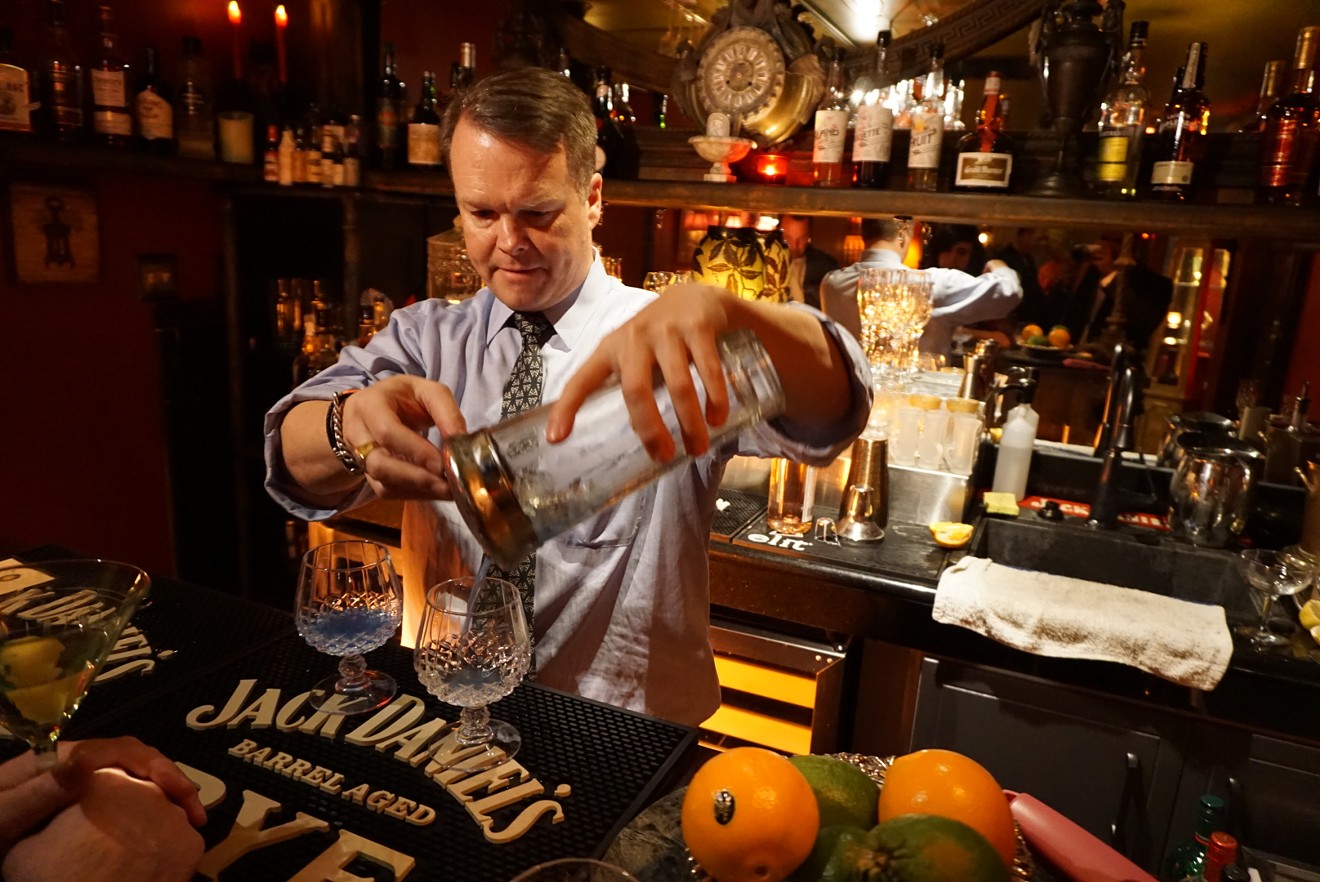 Sanctum Speakeasy may be the best-kept secret in Phoenix.

The bar is perched on the top floor of The Grand, a 24-hour coffee shop and bistro that serves good food and coffee. Like any great bar that aims to replicate a jazz-age speakeasy, Sanctum is well-hidden.

To reach the bar, you ascend a flight of iron stairs in the back of the coffee shop’s dining area. At the top of the staircase, you will find a medieval-style door that leads you to a small candlelit bar. The drinkery seats about 15 patrons. Black velvet walls, Victorian furnishings, and big-band jazz immediately transport you to the Roaring ‘20s and the era of Prohibition.

The resident mixologist is 20-year bar veteran Nick Boehme. “My job is to make it fun and not intimidating … I introduce people to new flavors,” he says as he adds lavender gin, ice cubes, and other ingredients to a shaker to mix a French 75. He tops the cocktail with Prosecco. It's crisp, floral, and well-balanced.

The drink menu at Sanctum focuses on classic cocktails, some taken a step in a new direction. You have your classics. You have drinks like an Oaxacan Old Fashioned, which brings together tequila, mezcal, agave, and Orinoco bitters.

The drink menu is courtesy of Boehme, the bar's main mixologist since its rebirth in June 2017. In the late ‘90s, what is now The Grand was a bar/club known as Amsterdam. The upstairs bar was a VIP area called Rare. Today, Rare’s old space houses Sanctum. “It was the original speakeasy in town,” says Steven Rogers, who owned Rare and now owns Sanctum, The Grand, and Club Palazzo next door. “I was doing speakeasies here before they were a thing.”

“It’s a speakeasy, so [our drinks] are gin-centric. They are not the type of drinks you end the night with. These are the drinks you start the night with,” says Boehme. Boehme has been mixing drinks in this building since 1998 and is on a first-name basis with many patrons. 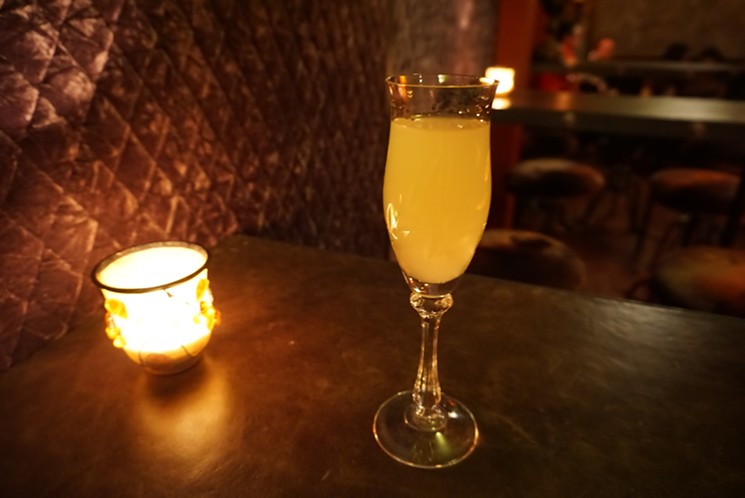 Death in the Afternoon at Sanctum
Dorian Boddie

The next concoction Boehme suggests is a Death in the Afternoon. The addition of absinthe to Prosecco gives this simple cocktail a sweet licorice flavor. The best part of the drink is the accompanying origin story. Legend has it Ernest Hemingway would drink these for literary inspiration, according to Boehme.

For some reason, hearing Boehme tell tales in the 1920s-era space enhances the drinking experience. If you are a cocktail drinker, head up to Sanctum for a good one.