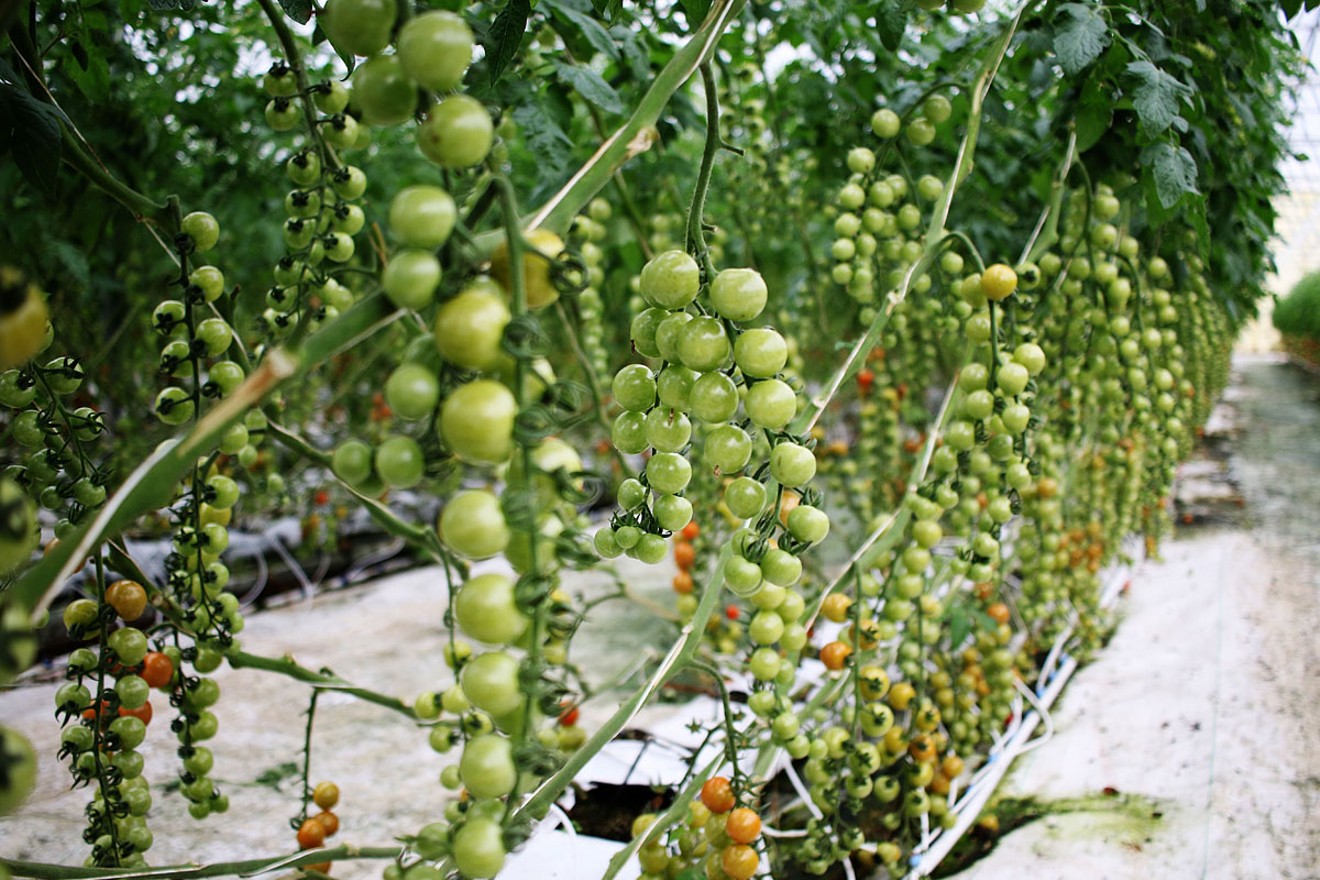 Every year, in Project Phoenix, we like to feature a group of enterprising DIY'ers making their creative mark on the city. This time, we’re getting grounded with Growth Industries — profiling a florist, a tomato farmer,  a nursery owner, a community plot, and a rogue gardener.

He walks up and down rows of tomato vines wrapped around wires, leans down, and picks the red spheres from green stems. The residue from the plants coats his nails and fingertips.

A few rows over, his employees walk on stilts, hanging vines and wrapping the growths around vertical wires, all covered by large, double sheets of plastic that block out the Arizona sun.

Brooks pops a small, red fruit in his mouth. It’s tangy but sweet, dense with a pure, concentrated tomato flavor.

“A tomato’s not a tomato,” he says, referring to the kind of tomato found in the mega grocery stores versus one of the 30-plus varieties he grows at Abby Lee Farms in south Phoenix.

Brooks has been farming most of his life. He started selling fruits and vegetable from his backyard when he was 12. Over the years, he transitioned and grew ornamentals — flowers and houseplants. But in 2013, he decided he wanted to find crops that make sense with what Arizona provides.

“The water in Arizona is terrible,” he says. But it’s perfect for tomatoes.

The overabundance of salt in the state’s water, in addition to the obsessively monitored, precisely controlled environment within one of the almost 30 giant greenhouses at 1150 West Baseline Road, create the Abby Lee Farms tomatoes that Las Vegas mogul Steve Wynn and plenty of Valley chefs prefer to serve in their restaurants.

With Abby Lee’s methods, one-tenth the amount of the water of regular farming is used, and the farm increases productivity tenfold. Plus, each plant gets more attention.

“Every week, every plant is touched,” Brooks says. 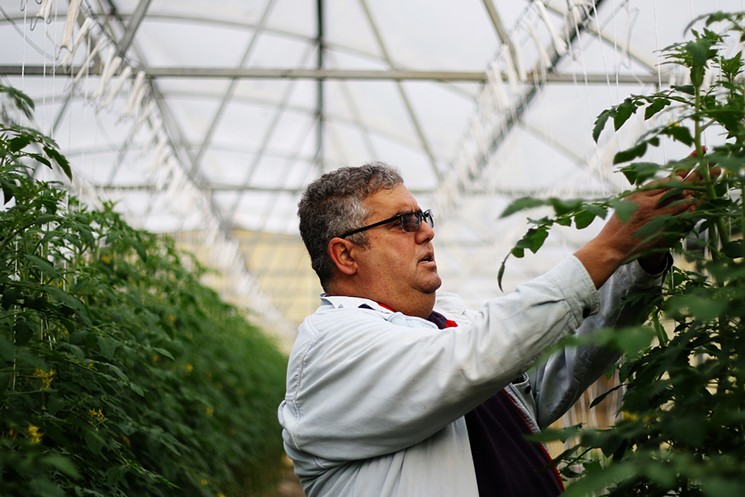 Neal Brooks checks on the tomatoes at Abby Lee Farms.
Evie Carpenter
Even with the streamlined production Abby Lee Farms has built, Brooks can’t break into what he calls “Big Ag,” the world of Walmarts and Krogers. The local farm can’t produce the same amount of fruit year-round, and the fruit it does produce isn’t picture-perfect — it’s oblong instead of round, yellow or striped instead of red.

Brooks doesn’t care about uniformity. He cares about taste, and admits that tomatoes don’t taste good 365 days a year.

“We need to get back to seasonality,” he says. “We have to get customers to ask for it.”

While major grocery stores are opting for uniform manufacturing, local chefs, including Chris Bianco, Charleen Badman, Cullen Campbell, and Kevin Binkley, can’t get enough of these.

“This is what’s behind the chefs,” Matteo Sanchez, Brooks’ right-hand man, says, gesturing to the giant greenhouse.

But Brooks says while the chefs have the commitment, they alone can’t sustain Abby Lee Farms; and, he adds, many chefs who say they support local products actually don’t.

So, for Brooks, the responsibility lies in the hands of the everyday grocery shopper.

“People want transparent and sustainable,” he says. “I don’t think people realize how much power they have.”

Brooks has considered selling out to cannabis. His farm basically has everything a marijuana farm would need to operate. But he says that’s not on the table.

Tomatoes aren’t the only crop grown at Abby Lee Farms. Brooks regularly grows cucumbers and eggplants, and has been experimenting with lettuces. Down the road, his brother farms eggs. 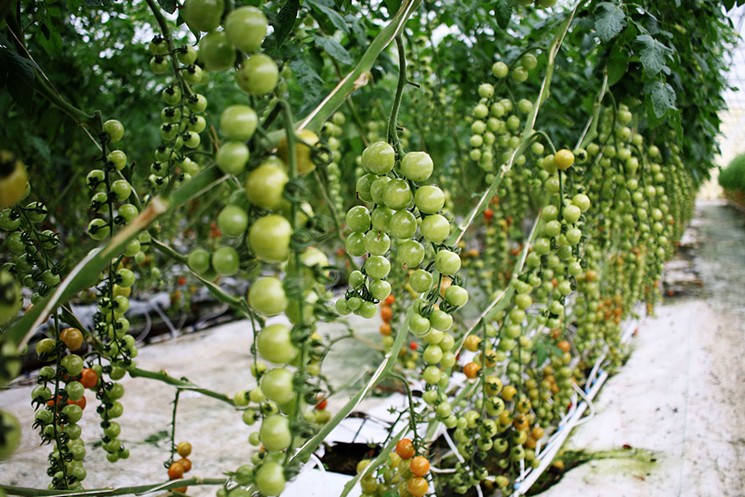 But the tomato is still the star at the Phoenix location. By April, the peak of tomato season, Abby Lee will be harvesting up to 50,000 pounds of tomatoes.

Brooks plans to open the farm to the public on March 18 and 19 to give people a chance to see their operation and to help them use up some of the surplus of fruit.

“I see the world changing,” Brooks says. “We just want to hurry it up.”