House of Tricks in Tempe is right off Mill Avenue. Jacob Tyler Dunn
According to its owners, one of Tempe’s most acclaimed restaurants is closing its doors in 2022 after more than three decades of business.

Bob and Robin Trick of House of Tricks have announced plans to retire in June 2022. The property at 114 East Seventh Street in Tempe was sold on December 15. Still, the restaurant will stay open for happy hour and dinner service through June because of a lease agreement between the Tricks and the purchaser – a limited-partnership company called 101 East 6th Street LP.

“While the Tricks are firm on their retirement plans, future possibilities for the restaurant itself are wide open,” said a press release from Birdseye Marketing and Communications, a Tempe-based firm. “For now, they are entertaining all options, and more information will be made available as specific plans are finalized.”

The restaurant, situated inside a 1920s bungalow and 1903 adobe brick house with lush patios and an outdoor bar, is a Valley favorite, earning numerous awards for its New American cuisine and generating a passionate following over the years. 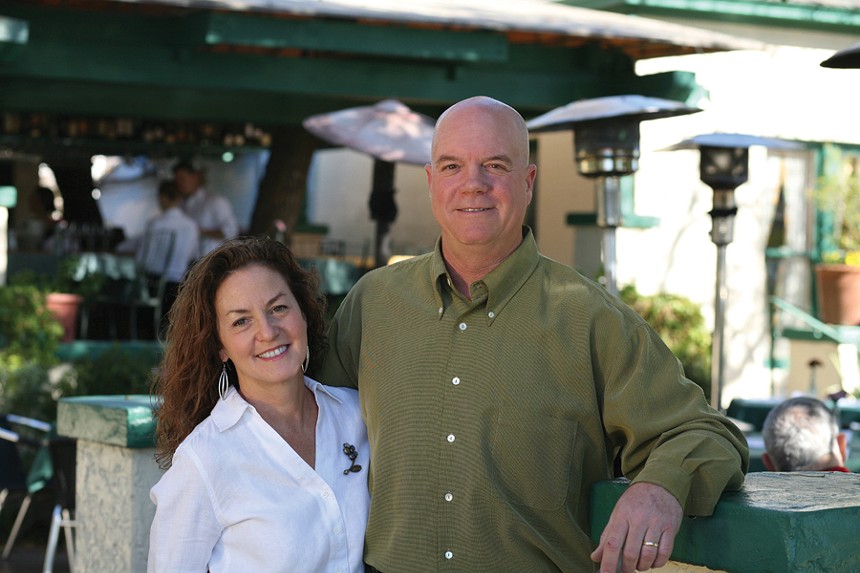 According to the press release, the Tricks have considered retirement for the past few years.

“Although the final decision has been difficult, they are extremely thankful to the community and are proud to have been a part of such a successful Tempe business,” the release said.

The Tricks met almost 50 years ago while working at Bandersnatch Pub. The pair left the Tempe pub to start their restaurant in one of the older downtown bungalows.

“We so appreciate all who contributed to House of Tricks’ success and unique culture,” Robin said in the press release. “We have been supported throughout the years by amazing employees, family, friends, customers, business and community associates.

Robin said there are plans for festivities and special events at the restaurant over the next six months.
“We want this to be a transition of gratitude and celebration,” she said.

According to the release, both Bob and Robin are looking forward to pursuing interests outside the restaurant industry after retirement, including spending time with their adult son, who lives in San Francisco. Robin plans to continue her long-lost studies in art history, focusing on textile arts and the role of women throughout time and across cultures.

Bob is looking forward to fly-fishing and working on projects around the home and at their cabin in Payson.

House of Tricks is open from 4-9 p.m. on Monday through Saturday for dinner. It is closed on Sunday.
KEEP PHOENIX NEW TIMES FREE... Since we started Phoenix New Times, it has been defined as the free, independent voice of Phoenix, and we'd like to keep it that way. With local media under siege, it's more important than ever for us to rally support behind funding our local journalism. You can help by participating in our "I Support" program, allowing us to keep offering readers access to our incisive coverage of local news, food and culture with no paywalls.
Make a one-time donation today for as little as $1.