It's supposed to be pretty good.

Ask the people from a Toronto firm who recently announced the "acquisition" — with caveats and disclaimers — of two Mesa dispensaries.

The $27 million deal also includes one of the state's biggest cannabis-extracts brands and an option to control a cultivation and wholesale business in Nevada, where voters legalized recreational marijuana in November. 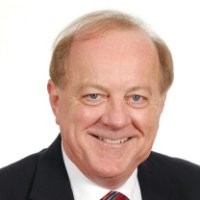 Forget for a moment that Arizona voters in 2010 approved a medical-marijuana program in which dispensaries should be owned and operated by nonprofit companies.

Health for Life, which has two Mesa locations, and Melting Point Extracts will soon enrich a foreign company, assuming the Canadian Stock Exchange approves the deal.

"This transaction, we believe, makes us the most profitable cannabis company listed in Canada," BCC President and CEO Scott Boyes said in a company news release on Monday.

Boyes told New Times on Tuesday that the arrangement will boost the overall Arizona medical-marijuana industry.

"We'll be expanding cultivation," Boyes said. "There will be more investment, more employees."

The international deal is another good example of how far out of the plastic baggie marijuana has come.

As BCC's announcement said, the company "has completed the acquisition of a group of companies active in the Arizona market for medical cannabis."

It went on: "Transaction Highlights" include a "whole cannabis extracts brand servicing over 40 percent of Arizona dispensaries, and "two dispensaries in rapidly growing Phoenix Metropolitan Area with 4.6 million people."

The deal includes a payment of $15 million to the seller.

The other $12 million will go to build a new cultivation facility.

BCC can't actually purchase the dispensaries' licenses that were issued by the Arizona Department of Health Services.

In fact, those licenses are officially nontransferrable.

Under the Arizona Medical Marijuana Act, the dispensaries must be operated as a not-for-profit business, run by a board to oversee things.

The same not-for-profit company to which DHS granted the state license must remain in charge, or else the license is void.

Capitalism, however, finds a way.

At the state's most recent lottery for new medical-marijuana licenses, for instance, a would-be industry player stood in the lobby of DHS, openly asking lottery winners to sell their licenses.

It all depends on the meaning of "sell."

The 2010 law planted the seed for myriad for-profit companies that provide all the services needed to obtain the licenses, open and operate the retail stores, and grow cannabis.

Stavola and her companies will receive the $15 million in the BCC deal.

On Tuesday, the day after its initial announcement, BCC reported that it had appointed Stavola the president of its U.S. operations.

Stavola is the founder of Stavola Medical Marijuana Holdings, Health for Life Inc., GreenMart of Nevada, GreenMart of Maryland, Elemental Health Group of Pennsylvania, and CBD For Life.

Canadian Bioceutical Corporation
"Prior to her successful career in the cannabis industry, Ms. Stavola was a senior Wall Street executive, where she spent most of her career at Jeffries and Company, most recently as Senior Vice President, Institutional Equity Sales," according to BCC.

The company expects to be listed within days on the Canadian Stock Exchange.

Boyes said Stavola isn't a shareholder or board member of Health for Life, the Mesa not-for-profit company that holds the dispensaries' two licenses.

That means that the not-for-profit board still holds all the cards.

"The management companies are very profitable," Boyes said. "We will provide the capital and the expertise."

The Arizona cannabis market is under-capitalized, he said — meaning that many dispensary companies don't have enough cash to build out a large cultivation center.

"I would say that it's an exciting indicator that a Canadian-based company made this decision based on numbers and finances" of the Arizona market, said Demetri Downing of the Arizona Marijuana Industry Trade Association.