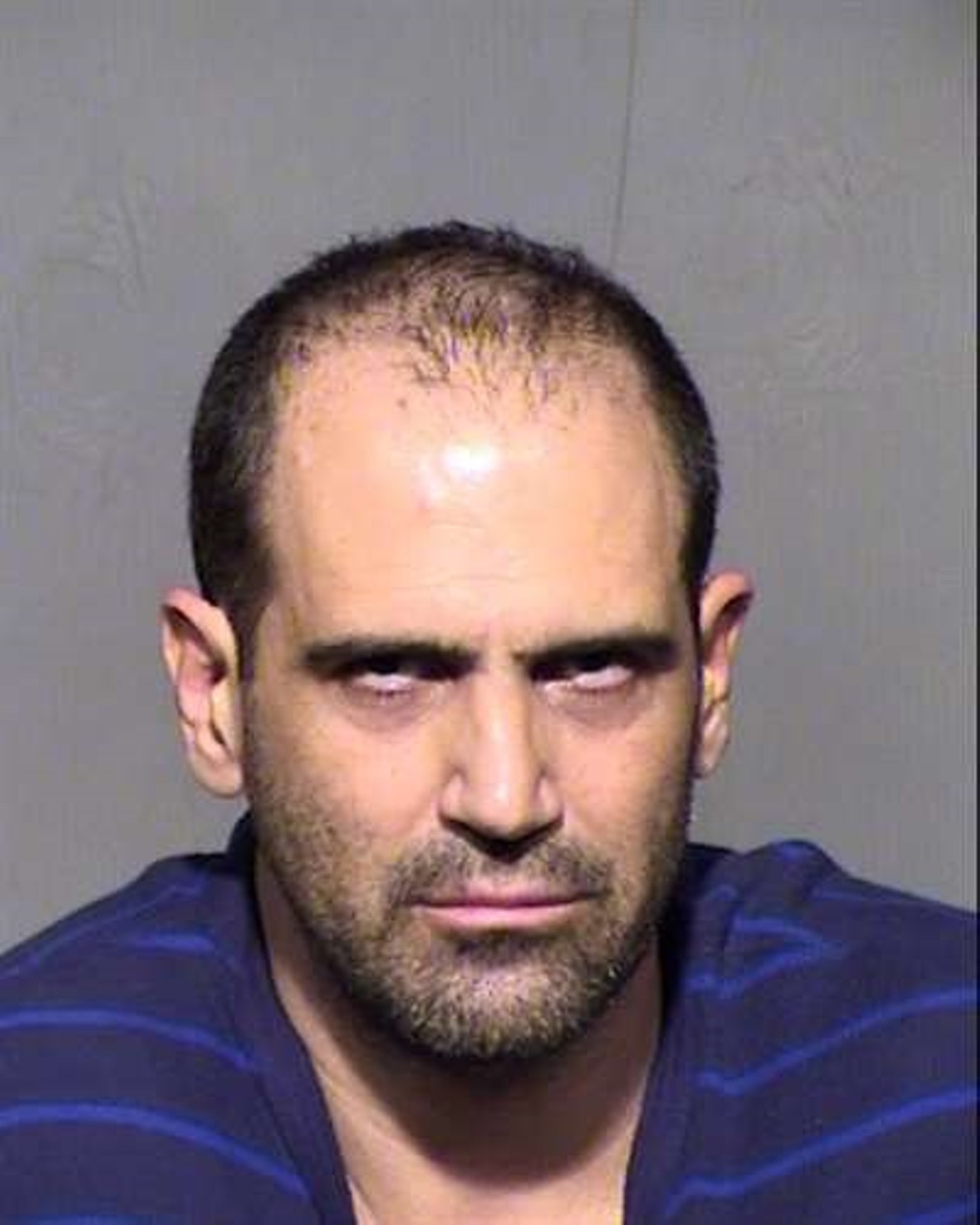 Steinmetz made national news in 2014 after he was arrested with an AR-15 at Phoenix Sky Harbor International Airport during a bungled gun-rights demonstration.

Now, he is embroiled in a legal case with Thomas Costanzo, the Mesa bitcoin trader known online as Morpheus Titania.

As Phoenix New Times reported in April, a multi-agency task force raided Costanzo's Mesa apartment and arrested him on suspicion of being a convicted marijuana felon in possession of 60 bullets.

Thomas Mario Costanzo, a.k.a. Morpheus Titania.
Maricopa County Sheriff's Office
A warrant in that raid sought evidence that Costanzo may have operated an "unlicensed money transmitting business," engaged in illegal drug sales, and tried to hide any profits.

Costanzo has been held in federal detention ever since.

The eight-count federal indictment was handed down on June 20, but unsealed on Monday.

Steinmetz is accused along with Costanzo on the first two counts of operating an illegal money-transmitting business and knowingly managing a digital currency exchange business without a proper state or federal license.

The feds have also initiated forfeiture proceedings that target Steinmetz's Tempe home and other assets.

Steinmetz attended an arraignment hearing before Arizona U.S. District Judge Diane Humetewa on Friday and pleaded not guilty to the two counts against him, records show. She released him on his own recognizance, with the agreement that he not possess any firearm.

A jury trial has been set for August 1 for both defendants.

Steinmetz did not return a message on Monday.

One connection between the two defendants can be found online. Costanzo uploaded a video to his YouTube site in April that features Steinmetz explaining a security technology called blockchain that facilitates exchanges of bitcoin, the popular cyber-currency.

A month after the article appeared, Phoenix police arrested Steinmetz at Sky Harbor's Terminal Four with his AR-15, claiming the muzzle had been briefly pointed at two travelers.

He and his Valley lawyer, Marc Victor, later told the news media that he had brought the fully loaded, cocked weapon to the airport as a pro-gun demonstration.

He soon parted ways with the institute, which had put him on leave after the incident and purged his name from its website.

Maricopa County Attorney Bill Montgomery then cut a deal with Steinmetz that allowed him to escape prosecution if he agreed not to take any firearm to an Arizona airport for at least two years.

Earlier this year, Steinmetz informed New Times that he had won a civil lawsuit to have electronic records related to the firearms case cleared.

Dr. Peter Steinmetz is a highly respected scientist and a visionary. He plans to vigorously defend himself against the charges, and he is confident that when all the facts are known, he will be vindicated.


See the unsealed indictment below: