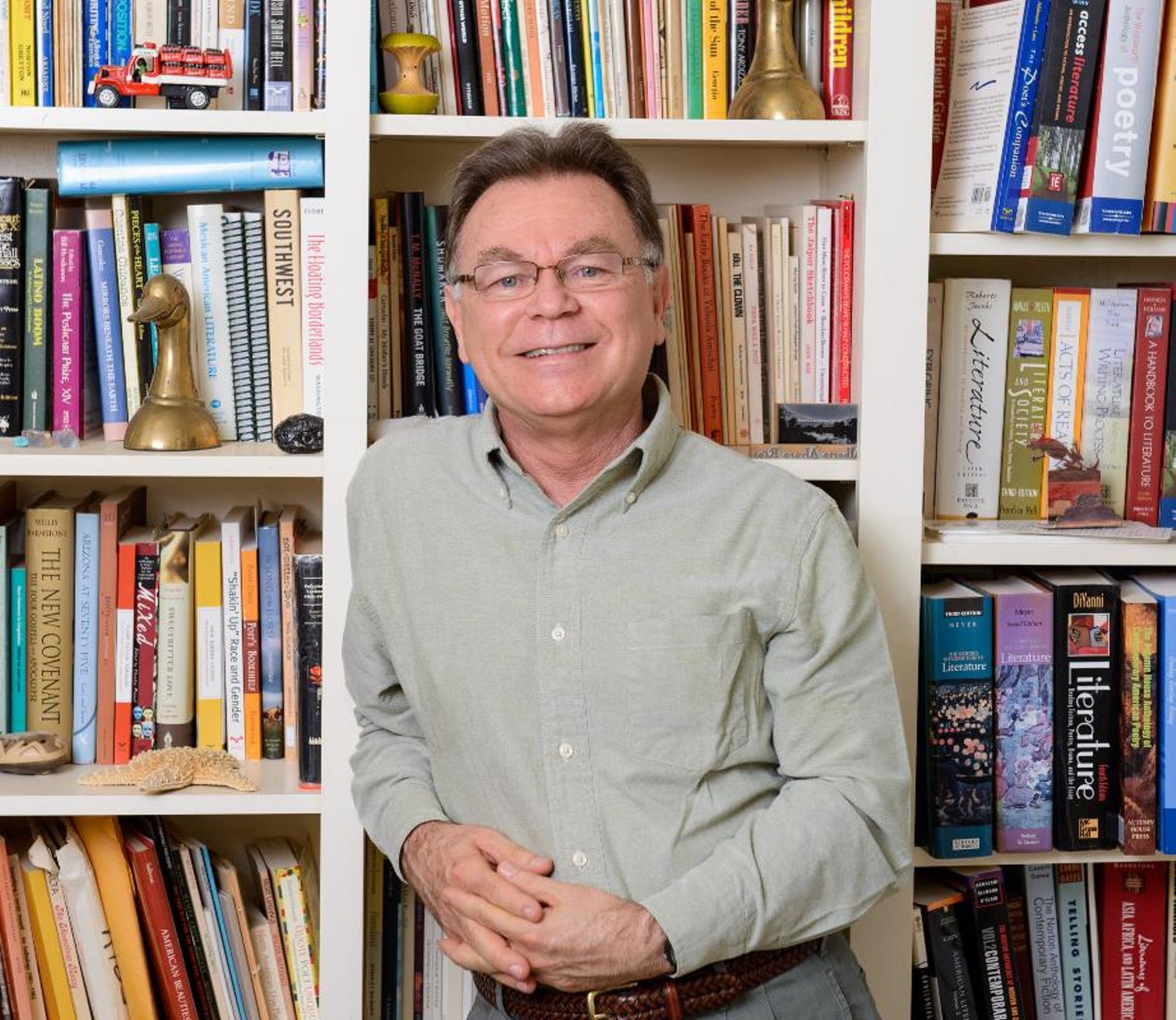 Alberto Ríos, artistic director for the ASU Virginia G. Piper Center for Creative Writing, will receive the Shelley Award. Andy DeLisle/Courtesy of ASU
Finalists for the 2018 Governor's Arts Awards were announced on Tuesday, February 6, during an event at the Herberger Theater Center in downtown Phoenix.

The awards are presented by Arizona Citizens for the Arts, a statewide arts advocacy organization, in partnership with the Office of the Governor. Winners in most categories will be announced on Thursday, March 22, during the Governor's Arts Awards at the Arizona Biltmore.

However, two individuals have already been singled out for their accomplishments.

Judith Hardes will receive the 2018 Philanthropy Award. She's a longtime supporter of several arts organizations, including Phoenix Theatre, where a theater bears her name. Mary Way received the first-ever Philanthropy Award in 2017.

Lauren Henshen and Joseph Benesh of Phoenix Center for the Arts attended the finalist reveal event.
Ben Arnold
Another 20 people and organizations are up for 2018 Governor's Arts Awards.

More than a dozen finalists, including choreographer Liliana Gomez and musician Dennis Rowland, are based in metro Phoenix. Both are finalists in the Artist category, along with Prescott-based sculptor Doug Hyde.

Community finalists are Phoenix-based PSA Art Awakenings, Phoenix Center for the Arts, and the Del E. Webb Center for the Performing Arts in Wickenburg.

More than 70 individuals and organizations were nominated for the 2018 Governor's Arts Awards, following a call for nominations issued in October 2017. Nominations were reviewed by volunteer selection panels comprising arts, community, and business leaders across Arizona.

Recipients will be chosen using several criteria — including the nominee's achievements, contributions, and commitment to the arts, as well as the range of individuals and groups impacted by the nominee's work.

The 37th Annual Governor's Arts Awards Dinner and Celebration takes place Thursday, March 22, 2018, at the Arizona Biltmore Resort. Individual tickets, which are available through Arizona Citizens for the Arts, are $250.