14 Celebrities Who Live in Arizona 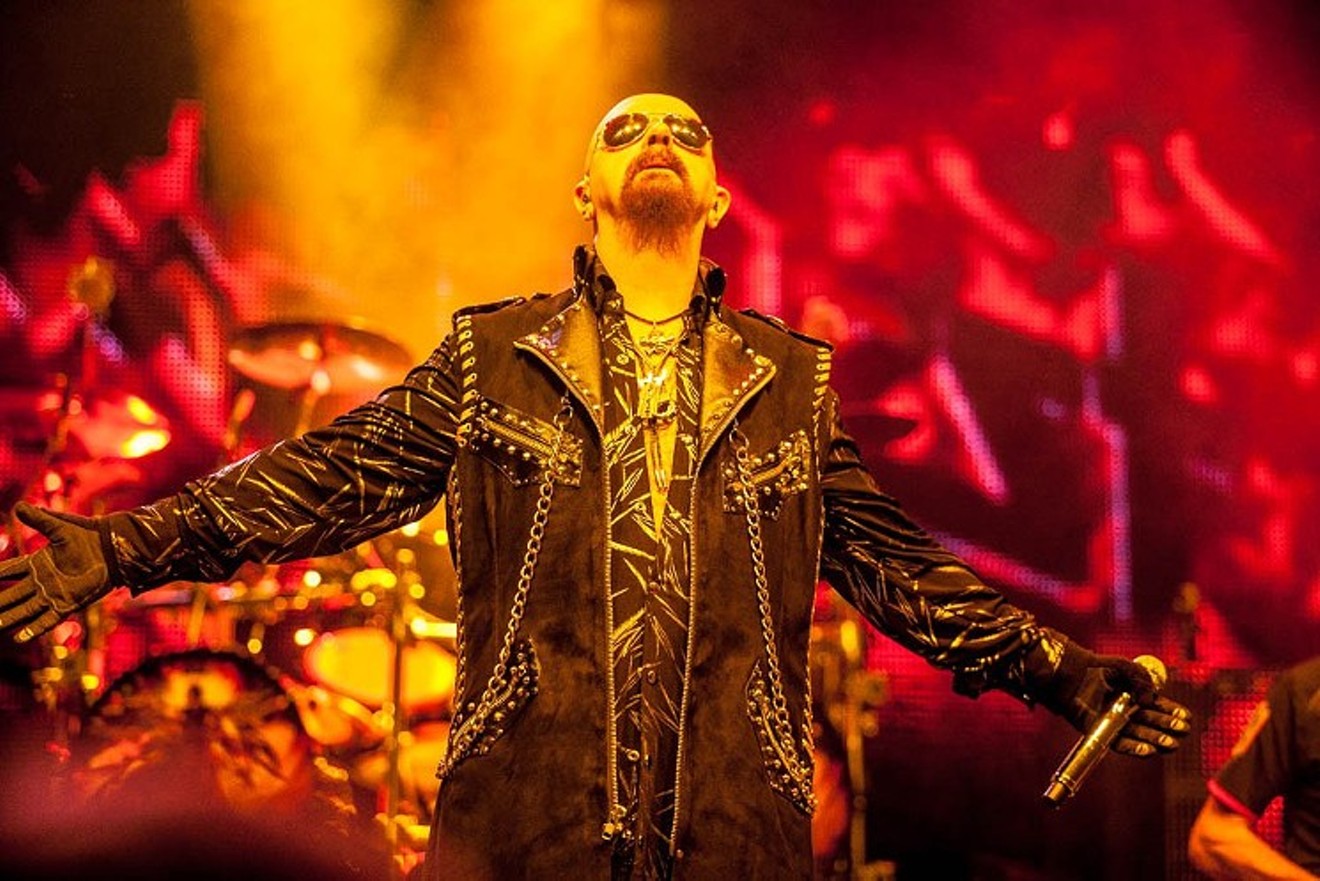 Judas Priest's Rob Halford has lived in the Valley since the '80s. Jim Louvau


Despite any rumors you may have heard or read, Nicolas Cage doesn't own a home in Arizona, nor does he spend much time here. Ditto for Johnny Depp, Vince Vaughn, and Madonna, for that matter.

Sure, Arizona has more than its fair share of celebrities within its borders at any given time, but they're mostly here for a short visit or to vacay in such stylish locales as Scottsdale or Sedona. However, a number of famous names and high-profile personalities, ranging from athletes to actors, spend much more time here — including the following celebs who consider Arizona to be their home.

Maybe you've spotted them at a high-end grocery store in north Scottsdale or even at your favorite five-star restaurant. If you haven't, be sure to keep an eye out for any of the stars making up this list, because you might just run into them sometime.

If you happen to visit Outrageous Olive Oils & Vinegars in Old Town Scottsdale, you've likely run into the former child star. Muniz traded barbs for years with a pre-Breaking Bad Bryan Cranston on Malcolm in the Middle. He now resides in the Valley with his wife, Paige, the co-owner of the shop. We've seen him bombing around town now and again. 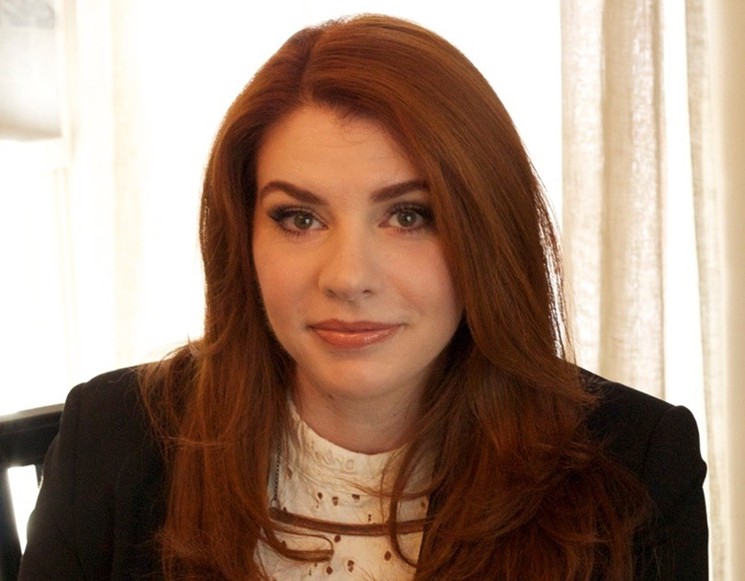 The writer from Scottsdale became a literature celebrity for her vampire-romance Twilight book series. Stephenie Meyer, who was born in Hartford, Connecticut, isn't a new resident to the Valley. Having been raised in Scottsdale and a graduate from Chaparral High School, Meyer moved into her 3,316-square-foot Cave Creek home in 2007 with her husband, where they are raising three sons. 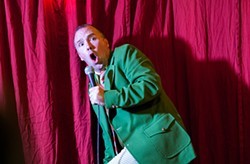 When caustic stand-up comic Doug Stanhope isn't touring clubs around the country, he lives with his girlfriend Amy "Bingo" Bingaman in a rainbow-colored domicile known as the "Fun House" in the southern Arizona mining town of Bisbee. Fans of the comedian probably already know this, since he records his outstanding weekly podcast there most of the time and hosts an annual Super Bowl party at the place.

Any loyal Bachelor Nation fan will remember the pivotal moment of Season 22 when former Bachelor Arie Luyendyk Jr. ended his two-month engagement with season winner Becca Kuffrin on TV. He became the franchise’s most hated bachelor when he picked the season’s runner-up, Lauren Burnham. After the two married, they moved into their remodeled 2,607-square-foot ranch house in Phoenix in 2018, where they raise their baby girl, Alessi, when they're not creating a social media controversy.

According to an interview we did in 2012, the Poison singer "fell in love with the Southwest" as a teenager and eventually would up purchasing a home near Pinnacle Peak and Pima roads in north Scottsdale. It's a move that probably has kept him alive. Michaels credits the docs at St. Joseph Hospital's Barrow Neurological Institute, who "pretty much saved my life" after enduring a brain hemorrhage and heart issues in 2010. 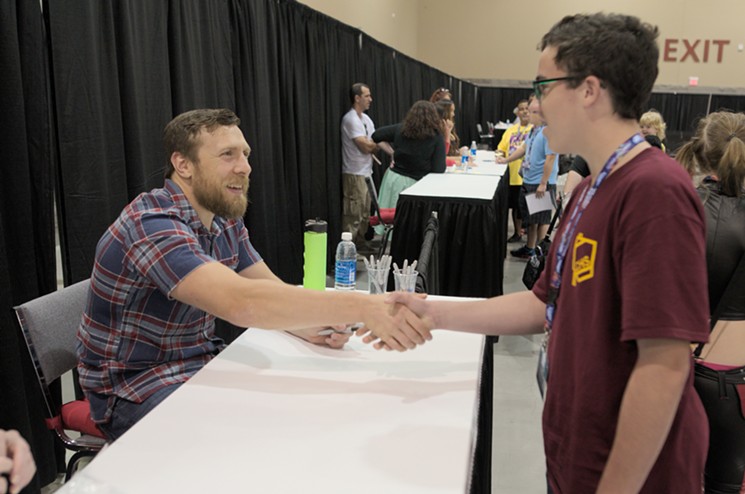 WWE star Daniel Bryan currently lives with his wife (and wrestling diva) Brie Bella in north Scottsdale. The couple, who have a 3-year-old daughter, announced earlier this year that they are expecting a second child. And per a piece in Phoenix magazine and episodes of the WWE reality show Total Divas, the couple have hung out at such local spots as Crossfit Full Strength, North, and Chelsea's Kitchen.

This world-famous race car driver and star of Go Daddy's trashy Super Bowl commercials pretty large in her 7,531-square-foot mansion near Taliesin West in north Scottsdale. According to an ESPN blog, the $1.9 million estate boasts six bedrooms, eight bathrooms, a wine cellar, gym, and even a seven-car garage (although we're guessing Patrick doesn't keep any of the souped-up stock cars that she races there). 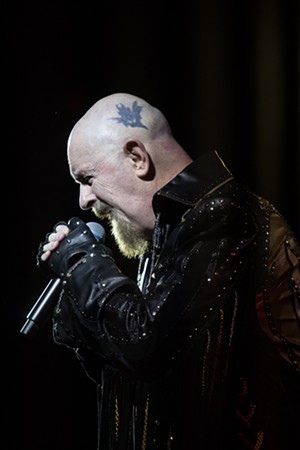 The legendary frontman of the iconic heavy metal band Judas Priest first visited Arizona in 1978, bought a home in Paradise Valley seven years later, and has been here ever since. As the singer told New Times in 2008, he digs the climate (which shouldn't be surprising, considering that he hails from rainy ' England), our "maverick" spirit, and the beauty of the desert. Rock on.

At various points over the past couple of decades, this outspoken NBA great made rumblings about running for governor of his home state of Alabama. But until Sir Charles finally pulls the trigger on his political career, the TNT basketball commentator won't be trading up his $1.7 million Paradise Valley pad for the governor's mansion anytime soon. In the meantime, we'll continue to enjoy the hell out of Barkley's shenanigans (like when he took over a Channel 15 news broadcast) and hope he doesn't wind up getting busted by the cops again for DUI when he's out partying in Scottsdale.

As if his charity events, appearances in commercials, or other local endeavors haven't clued you in, Alice Cooper is a proud resident of the Valley. The shock-rocking favorite son got his start here, dating back to his days as a member of The Spiders on The Wallace and Ladmo Show, and he's become a high-profile celeb (and a Republican, to boot) around these parts. 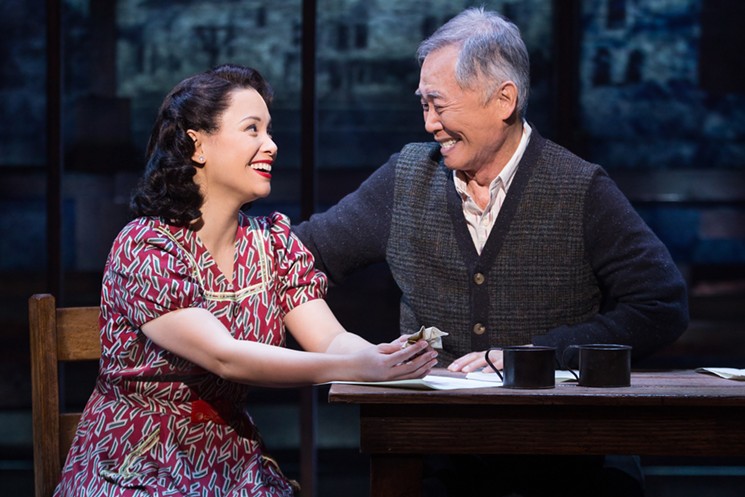 One of the few bright spots of the whole SB 1062 debacle came after George Takei put all of Arizona on front street for the proposed anti-gay legislation. And it wasn't another case of some outspoken Hollywood celebrity passing judgment from afar, as the LGBTQ activist and Star Trek actor is a part-time resident of our state. Takei and his husband, Brad Altman, have owned residences near Show Low for more than a decade and spend several weeks a year vacationing there.

If you ever watched Ice T's old E! reality program Ice Loves Coco, you might've caught an occasional glimpse of the stylish three-bedroom home in Chandler that the rapper/actor shares with his boo Coco Austin (real name: Nicole Marrow). She purchased the property back in 2007 — one of many residences that couple has around the U.S. — and both the house and various shots of the east Valley city appeared in a couple of episodes of the show. While they mainly hang out on the East Coast, they still own their Chandler pad and occasionally reside there. 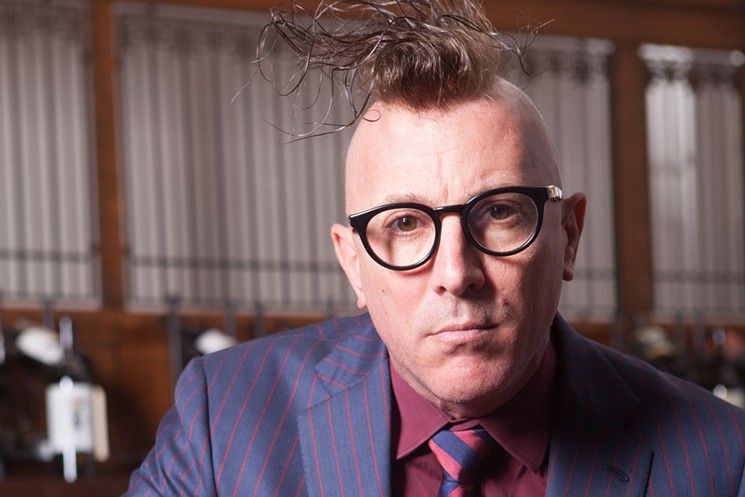 Tool fans around Arizona seem to take pride in the fact that they share the same state with Maynard James Keenan in some since the musician/actor/author/vintner has a home near Jerome, as well as his nearby winemaking endeavors (including Merkin Vineyards and his Caduceus Cellars tasting room). Countless thousands of Tool fanatics make their way to the mountain town every year to sample Maynard's wines and maybe catch a glimpse of the reclusive star. 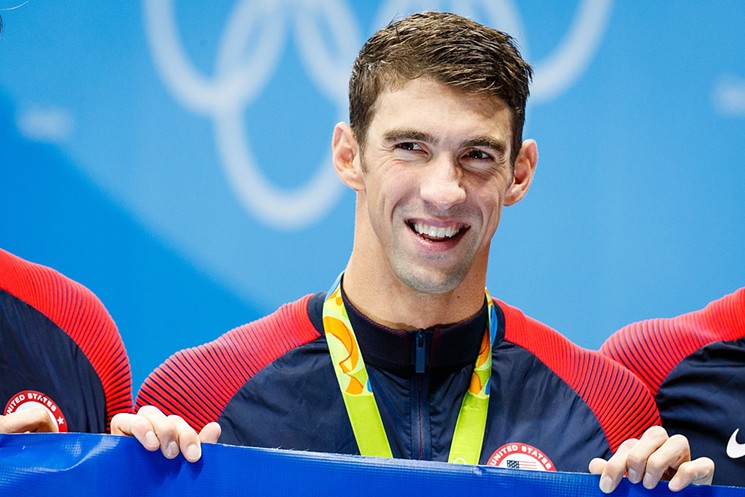 Having won the most Olympic medals in history, swimmer Michael Phelps eased into happy retirement after the 2016 Summer Olympics. After selling his Paradise Valley home for $3.5 million in November 2018, Phelps moved his growing family just down the road to a bigger house. Besides raising three boys with his wife, Nicole, Phelps helped coach the Arizona State University swim team during the 2016-17 season.

Editor's note: This post has been updated from its original version, which first appeared in May 2014. Sara Edwards and Jennifer Goldberg contributed to this article.
KEEP PHOENIX NEW TIMES FREE... Since we started Phoenix New Times, it has been defined as the free, independent voice of Phoenix, and we'd like to keep it that way. With local media under siege, it's more important than ever for us to rally support behind funding our local journalism. You can help by participating in our "I Support" program, allowing us to keep offering readers access to our incisive coverage of local news, food and culture with no paywalls.
Make a one-time donation today for as little as $1.