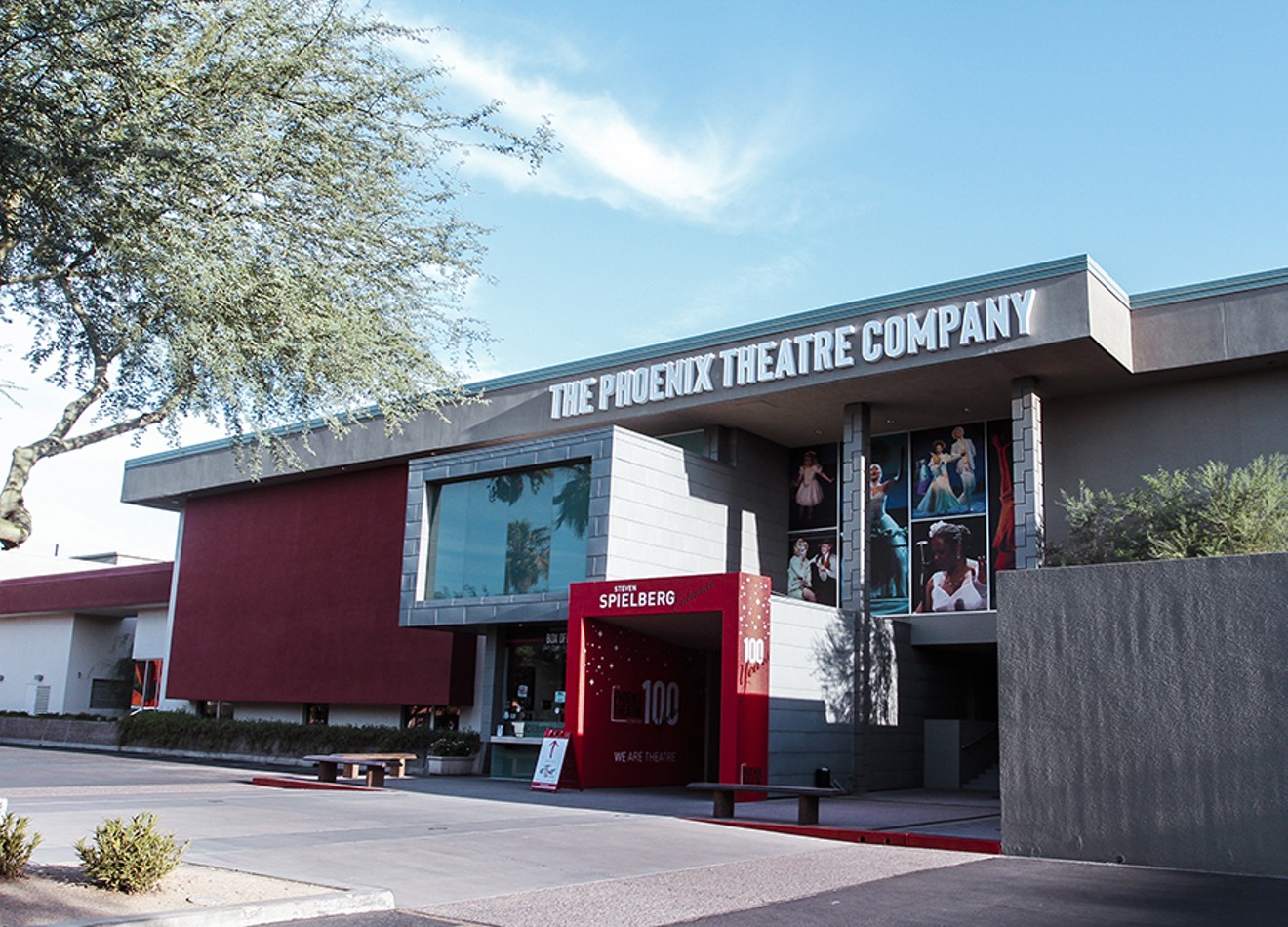 
As the 2021-22 performing arts season winds down, local companies are starting to announce what's on deck for the coming season.

The Phoenix Theatre Company just released its 2022-23 lineup, and it's stacked with shows for the coming months.

“Our spectacular 103rd season is full of enchanting stories of possibility, tomorrow's promise, and a passionate love for the theatre,” Michael Barnard, producing artistic director at The Phoenix Theatre Company, said in a press release. “Commemorating our perseverance over the last few years and embracing the future growth at The Phoenix Theatre Company is our goal. The ambitious lineup of full-scale productions will provide beautiful, shared experiences of laughter, tears, and inspiration while capturing our commitment to artistic excellence.”

The Book of Will, August 31 to September 25
An unforgettable true story of love, loss, and laughter that sheds new light on a man you may think you know, Shakespeare, and a race to preserve his legacy.

Bandstand, September 21 to October 23
After the ticker-tape parades cease, will musical glory bring hope, purpose, and redemption for a group of World War II veterans? The New York Times called this “an open-hearted musical that will have you clapping your hands and clenching your fists, tapping your toes and blinking back tears.”

A Chorus Line, October 19 to December 18
This dazzling, dance-filled confessional is for anyone who has ever put it all on the line for a dream.

Cinderella, November 18, 2022, to January 1, 2023
Your favorite pair of slippers this winter are made of glimmering glass in this spin on Rodgers and Hammerstein’s timeless classic that will charm and inspire audiences of all ages.

An American in Paris, January 25 to March 12, 2023
Romance, dance, and the soaring melodies of George and Ira Gershwin – who could ask for anything more?

Constellations, March 1 to April 30, 2023
If you’ve ever wondered "What if?" this spellbinding story of fate, chance, and choice is a cosmic collision of romance and relativity.

Tiananmen, April 12 to May 14, 2023
This world premiere epic musical is inspired by the protests that defined a generation – and stands as a testament to the human cost of the pursuit of democracy.

A musical TBA, June 7 to July 9, 2023
“It’s so new that we can’t announce it yet, but we promise that this hit production full of spectacle will be a night to remember,” Barnard said.

Dreamgirls, August 2 to September 3, 2023
From dream to diva, every star has a story in this glamorous, high-energy, Motown-minted hit.

There are a number of changes coming to The Phoenix Theatre Company in the coming months. Most of the upcoming season's shows will be held in the company's larger Mainstage Theatre so its smaller Hormel Theatre can undergo renovations, including doubling in capacity and receiving technical upgrades.

To that end, The Phoenix Theatre Company is in the midst of a $20 million capital campaign to fund the changes; the company reported last week that it has secured $17 million so far.

Season ticket packages for 2022-2023 go on sale to the general public on May 23, and single tickets go on sale on July 11. Current season ticket holders can renew their subscription packages now. Phoenix Theatre is located at 1825 North Central Avenue. For more information, visit the Phoenix Theatre Company website.
KEEP PHOENIX NEW TIMES FREE... Since we started Phoenix New Times, it has been defined as the free, independent voice of Phoenix, and we'd like to keep it that way. With local media under siege, it's more important than ever for us to rally support behind funding our local journalism. You can help by participating in our "I Support" program, allowing us to keep offering readers access to our incisive coverage of local news, food and culture with no paywalls.
Make a one-time donation today for as little as $1.