Five Plays and Musicals to See This Summer in Metro Phoenix

The cast of A Chorus Line. Desert Stages Theatre
click to enlarge 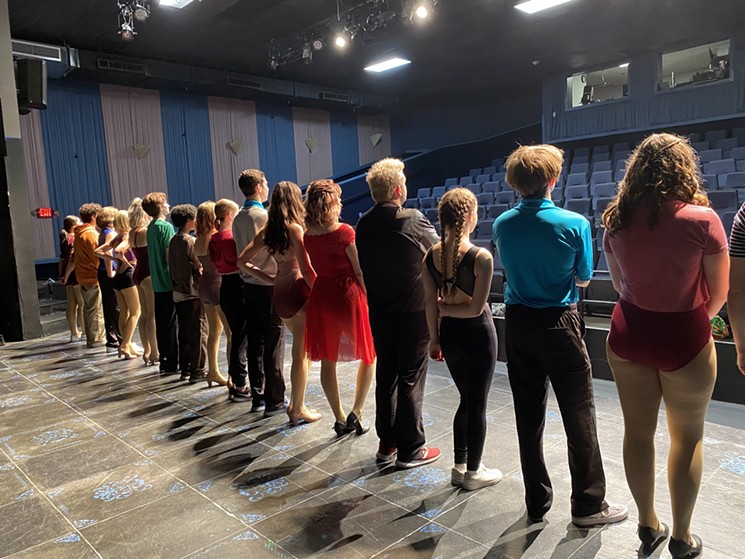 The cast of A Chorus Line.
Desert Stages Theatre

Fall is typically the start of the theater season, but even though we're in the dog days of summer, there are still a number of productions to see around metro Phoenix if you're in the mood for a show.


The cult favorite musical about a man-eating plant from outer space and the mild-mannered florist who finds it gets the dinner theater treatment at Arizona Broadway Theatre in the west Valley. Tickets start at $48 for the show only, or $70 per person for the show, an appetizer, and an entree.


Imagine four rural gas station employees and two diner waitresses singing country music and playing their hearts out. That's the premise of Pump Boys & Dinettes, a Tony-nominated musical that was born at The Cattleman steakhouse in New York City. Tickets start at $44.


A group of hopeful young dancers audition for a Broadway show and learn about themselves in the process in this classic musical by Marvin Hamlisch that won nine Tony Awards and a Pulitzer Prize. Tickets are $25.


Fans of the hit 1990 movie may not know that the story originated on the stage, where a group of Southern female friends talk about life and love at Truvy's Beauty Spot. Tickets start at $44.


Entertainment legend George Burns is missing his late wife, Gracie Allen, but he can't be reunited with her until he gives the performance of a lifetime for God. That's the premise of the Tony-nominated play Say Goodnight, Gracie, a one-man show that takes the audience through Burns' unforgettable life. Tickets are $35.
KEEP PHOENIX NEW TIMES FREE... Since we started Phoenix New Times, it has been defined as the free, independent voice of Phoenix, and we'd like to keep it that way. With local media under siege, it's more important than ever for us to rally support behind funding our local journalism. You can help by participating in our "I Support" program, allowing us to keep offering readers access to our incisive coverage of local news, food and culture with no paywalls.
Make a one-time donation today for as little as $1.