Somebody Defaced the George Floyd Mural in Central Phoenix 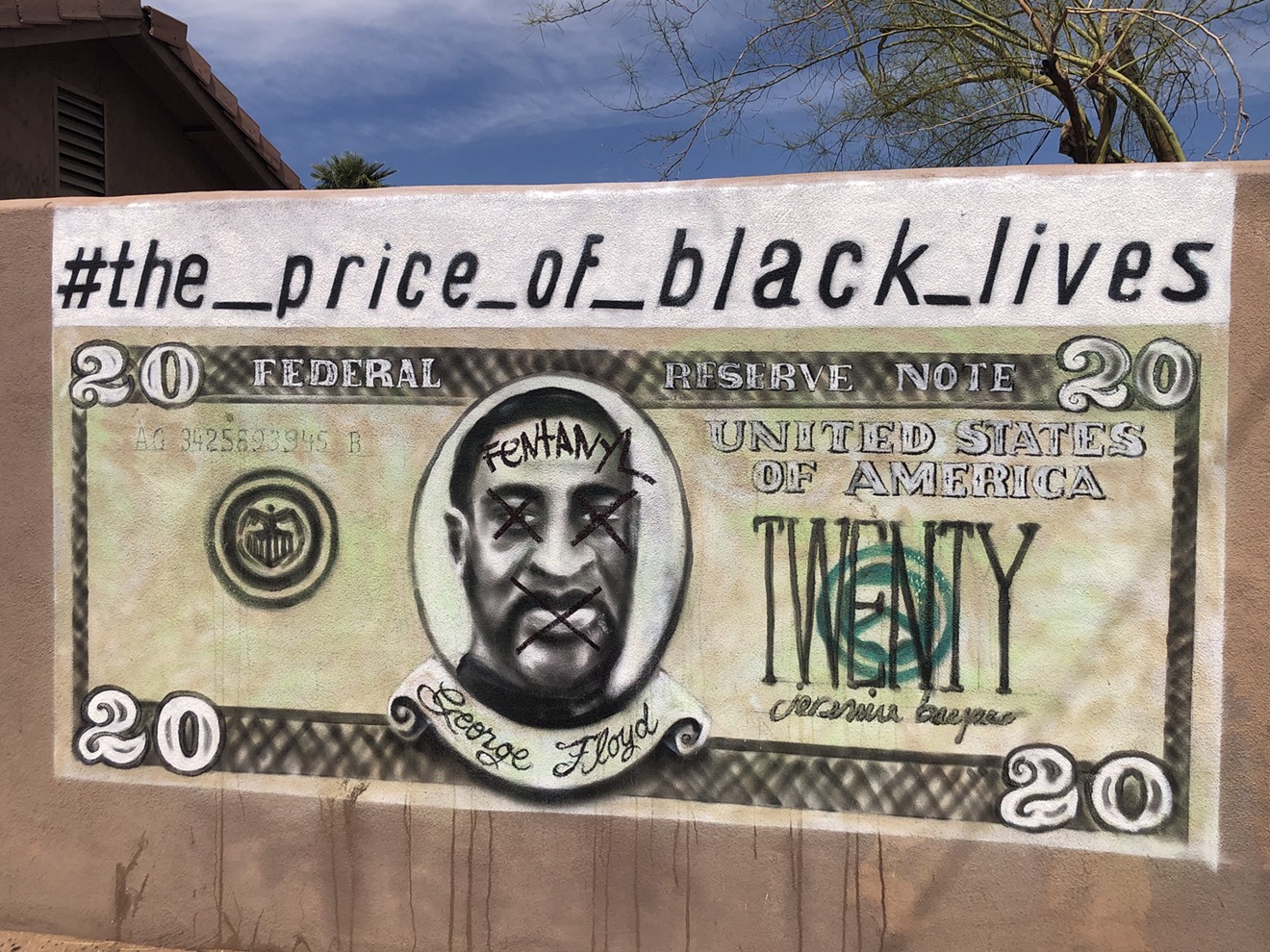 The death of George Floyd in May 2020 at the hands of Minneapolis law enforcement officers ignited not just a summer of protests against police brutality, particularly toward Black Americans, but an artistic movement.

Murals dedicated to Floyd cropped up around the country in the months that followed, including one in central Phoenix on the back wall of a private home, near the corner of Oak and 15th streets in the Oak Street Alley, a side street filled with murals by some of the city's best artists. Titled The Price of Black Lives and created by local artist Jeremie "bacpac" Franko, it depicts Floyd as the face on a $20 bill.

But as Phoenix New Times noticed recently, the mural has gotten an ugly new addition.

Thick black Xs now slash across Floyd's eyes and mouth, and scrawled on his forehead is the word "FENTANYL."

Last year, an autopsy done on Floyd found a high level of fentanyl (a powerful synthetic opioid) in his system. The drug is a hot-button issue in the trial of Minneapolis police officer Derek Chauvin, which just got underway. Chauvin is charged with second-degree murder, third-degree murder, and second-degree manslaughter. Chauvin's attorneys are arguing that fentanyl contributed to Floyd's death, and not Chauvin's knee blocking Floyd's windpipe for almost nine minutes.

We reached out to Franko for comment, and we'll update when we hear back.
KEEP PHOENIX NEW TIMES FREE... Since we started Phoenix New Times, it has been defined as the free, independent voice of Phoenix, and we'd like to keep it that way. With local media under siege, it's more important than ever for us to rally support behind funding our local journalism. You can help by participating in our "I Support" program, allowing us to keep offering readers access to our incisive coverage of local news, food and culture with no paywalls.
Make a one-time donation today for as little as $1.