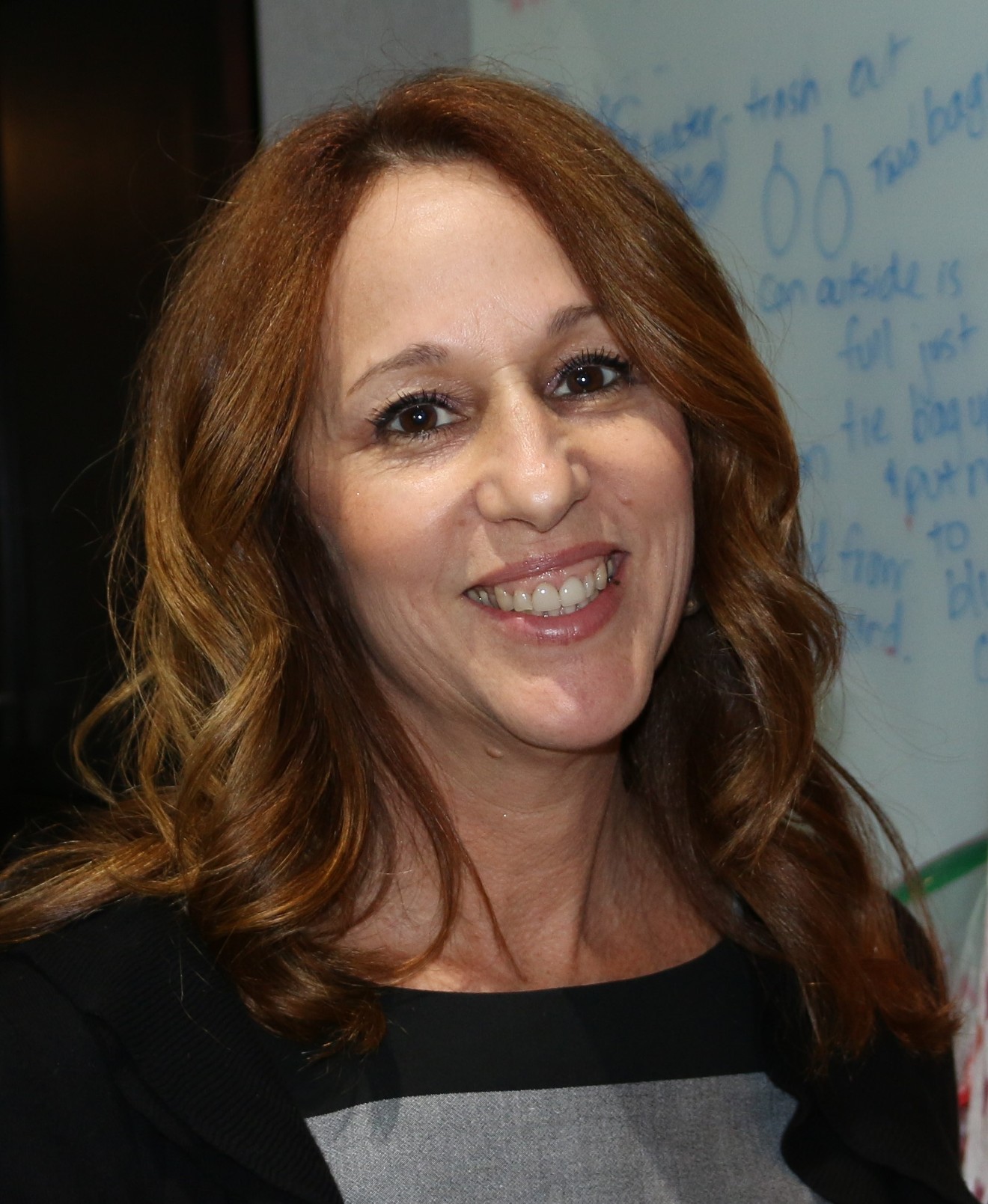 Montero grew up in Sayville, Long Island, in eastern New York, where her father was an earth science teacher. Which probably has something to do with family vacations being spent in the Southwest. “As a kid, I always was interested in archaeology,” Montero says. “I actually got inspired when we came out here with my family, and we used to visit all the national monuments and the ruins.”

Montero says she never thought of archaeology as a career until college when she took an intro to anthropology class at Stony Brook University, New York. The professor had a degree from Arizona State University. “He talked about all this work out here and I was like, ‘Wow, I could do this.’” She eventually earned her master’s in archaeology at ASU.

“It’s not like any archaeology job because it’s so diverse,” Montero says.

As City Archaeologist for the city of Phoenix, Montero’s duties range form working with city departments and private developers to giving tours and presentations of Pueblo Grande Museum’s canal system, working with volunteers, reviewing reports, coordinating with different agencies, and more. She also has monthly meetings with the Cultural Preservation Program from the Salt River Pima-Maricopa Indian Community to discuss projects and upcoming development.

“And then going in the field,” she says. “Forgot about that part.” Though she isn't out in the field as much as she'd like, Montero does review areas before work is allowed and monitor digging to ensure nothing is disturbed.

Montero has her essentials for archaeology grouped together across a conference table at Pueblo Grande Museum. This is what she can't live — or at least do her job — without. 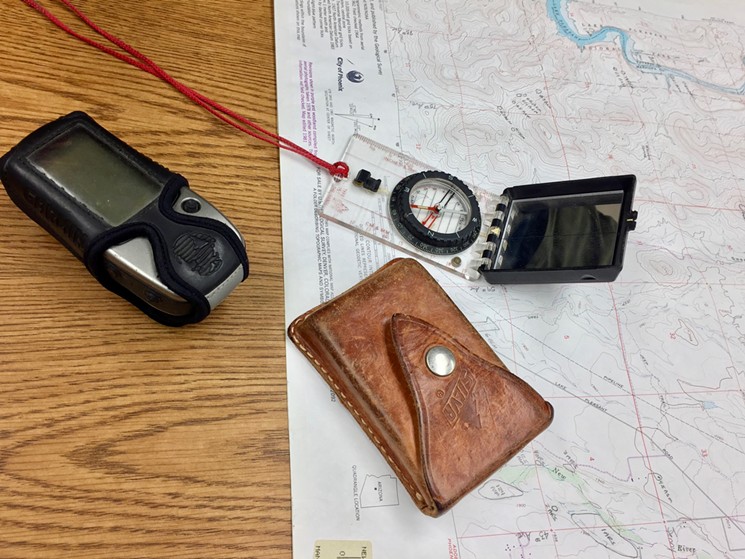 Location, location, location: A compass, a map, and a GPS device are definitely needed in the field.
Lauren Cusimano
Compass, Map, and GPS
“A big huge part of archaeology is, you know, knowing where you are on the landform,” Montero says. “Super-critical to what we do.” Reconnaissance or survey archaeology involves archeologist walking the land, locating sites, and documenting them while working with United States Geographical Survey maps. “Every archaeologist knows about these maps and works with them.”

Now, say you need to find a parcel of land that might not be flagged or marked in any way. That's when you need your map, compass, and GPS. Montero says she uses a compass because she’s “old school,” and cut her teeth navigating around with her now 25-year-old compass. But of course, that’s a good thing. “If you are going out to a remote area, and the batteries die on the GPS, and all you have is the compass and the maps, you can still navigate yourself,” she says, “It’s good to always keep these things.” Cameras are needed to photograph your findings.
Lauren Cusimano
Her Sony A65 Camera
Montero says there’s not much to say about a camera, other than it’s needed to photograph any findings. “A real camera is great because if you’re taking pictures of petroglyphs that are way high up on a ridge, I’ve got the telephoto lens and I can zoom in,” she says. “And the pictures are so much better.” This field gear is essential.
Lauren Cusimano
Field Apparel
Montero’s outdoor gear includes a backpack, hat, clothing, and sunscreen. She admits, “Most of my stuff is pretty worn.” She says the typical clothing she would wear in the field would be pants with a lot of pockets, a tank top with a long-sleeve shirt over it to protect her skin, and boots. She likes leather boots, and she’s had these Timberlands for probably 20 years.

For the sun, Montero stresses you have to use sunscreen with zinc or titanium to really protect your skin. She uses Coppertone. “I don’t know that all archaeologists have caught on to this ‘protect your skin’ thing.” There’s also a big hat to block the sum. “I’ll tell you why my hat is new: It’s because I lost my other hat,” she laughs. “I went in the field one day, and I came back and I didn’t have it anymore.” A line level, a metric tape measurer, and a personalized trowel are musts in the field.
Lauren Cusimano
Field Tools
Montero has a personalized trowel, and it's also a little new. Her husband used her old one for some cement work since she hadn’t used it in a while. Her son carved her name and job title in the handle of her current one. “It’s a little messy because he was going to spell [archaeology] the new world way without the ‘a’ and I like it with the ‘a,’” she says. “It's an old thing and it's an old word.”

Trowels are used for excavation, and it’s a standard tool for this type of work. “Every archaeologist is going to have their own trowel,” she says. “And they like their own trowel and they really don’t want to use anyone else’s.”

Montero also has her metric tape measurer. “In archaeology, you do want to work in metric," she says. She often takes it — and a line level — with her when out in the field. “When you’re digging, we’re always measuring the depth of the levels that we excavate, so you have a line level.” Clipboards really are cool.
Lauren Cusimano
Clipboards
“Clipboards are really cool,” she says. Montero’s own is often accompanied by metric graph paper, and “old-fashioned” pencils. “I don’t like mechanical pencils,” she says. “Those stupid leads are always coming out, because I’m always at the end of the lead, so I like the regular pencils.” Water may be an obvious one here for archaeology in Arizona.
Lauren Cusimano
Water
“It’s almost silly to mention water,” Montero says. She brings multiple bottles of water when going out in the field. “It’s super-important. Bring your water and drink your water.”