FilmBar is teaming up with Nile Theater for record/film swaps and screenings in Mesa. Melissa Fossum
Here's a quick look at art news around metro Phoenix, from artists getting prestigious awards to events returning after a pandemic pause. From fashion to poetry, it's all here.

FilmBar is partnering with The Nile Theater in Mesa to present Film Bazaar, a monthly record/movie swap and movie screening. The first screening on September 26 will feature The Toxic Avenger. It’s happening from noon to 5 p.m. at The Nile Theater.

AZ Burners, a statewide Burning Man community, recently announced that it plans to hold its Saguaro Man 2021 event near Willcox from October 13 to October 17. Organizers plan to incorporate COVID-19 mitigation strategies including testing and masks.

The Mayor’s Arts Awards, an event that's presented by the Mayor’s Office and Phoenix Center for the Arts, will happen at Margaret T. Hance Park on November 18. Award nomination and ticket information will be released in the near future. 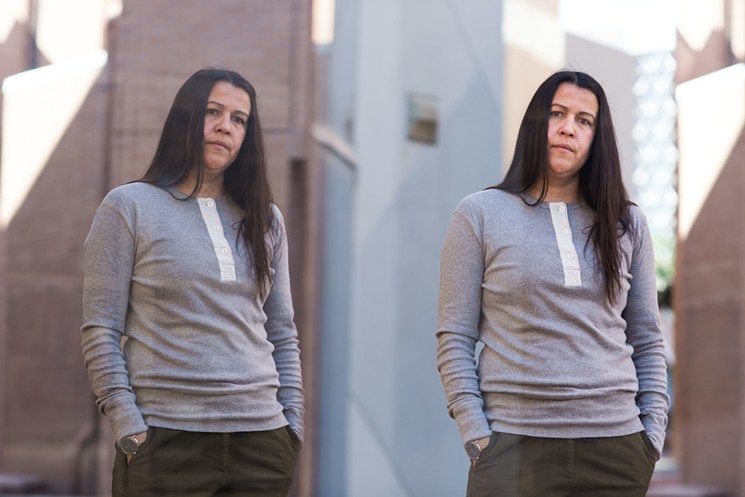 Poet Natalie Diaz received the 2021 Pulitzer Prize in poetry for her second collection of poetry, which is titled Postcolonial Love Poem. In 2018, she was named a Guggenheim Fellow. Diaz holds the chair in modern and contemporary poetry at ASU, and serves as founding director for the Center for Imagination in the Borderlands.

Brendan Ross is the new deputy community services director for arts and culture for the City of Tempe. The position was previously held by Ralph Remington, who now serves as the director of cultural affairs for the San Francisco arts commission.

The Carmody Foundation has announced the names of several artist who will receive its latest round of Art for Good grants. They are Vernon Begaye, Tal Dvir, Janel Garza, Tiesha Harrison, David Knorr, Aimee Ollinger, Ellen Nemetz, Lucretia Torva, Michael Viglietta, and Claire A. Warden. Each will receive $1,000 and have their work exhibited at Sisao Gallery in November.

The Mucho Mas creative space launched by artists Kathy Cano-Murillo and Emily Costello in 2017 has closed, but Costello is continuing to use the space as an art studio. She's hoping to present an exhibition of new work in the space, located at 1736 East McDowell Road, in coming months.

Lauren Lee, whose studio is located in the new Rocking S Art Ranch creative venue in Phoenix, is one of several artists whose artwork is featured on labels for Pepsi’s bottled water brand LIFEWTR. Lee’s design features a pair of saguaro cactus amid a colorful desert sunset. The company plans to announce the creation of a related mural this month.

The Walter Productions team is reopening its Where?House event space in October following a lengthy pandemic pause. The first event will happen on October 1, and more events will be announced in coming weeks.

Although Tempe City Council authorized the city to negotiate with the Minnesota-based developer Artspace to create affordable artist work/live spaces, the project could be scrapped or delayed following news that Artspace did not receive an Arizona low-income housing tax credit this year.

The ASU fashion program has relocated from the Tempe campus to the downtown Phoenix campus. The program is headed by Dennita Sewell, who previously served as the curator of fashion design at Phoenix Art Museum.

The Miami Loco Arts Festival in Miami, Arizona, is scheduled to take place April 22 to 24 next year, following a pandemic pause. The event is organized by Michael and Johanna 23, whose Firehouse creative space in Roosevelt Row shuttered in 2016.
KEEP PHOENIX NEW TIMES FREE... Since we started Phoenix New Times, it has been defined as the free, independent voice of Phoenix, and we'd like to keep it that way. With local media under siege, it's more important than ever for us to rally support behind funding our local journalism. You can help by participating in our "I Support" program, allowing us to keep offering readers access to our incisive coverage of local news, food and culture with no paywalls.
Make a one-time donation today for as little as $1.