Celebrate the Fifth of July at First Friday in Phoenix 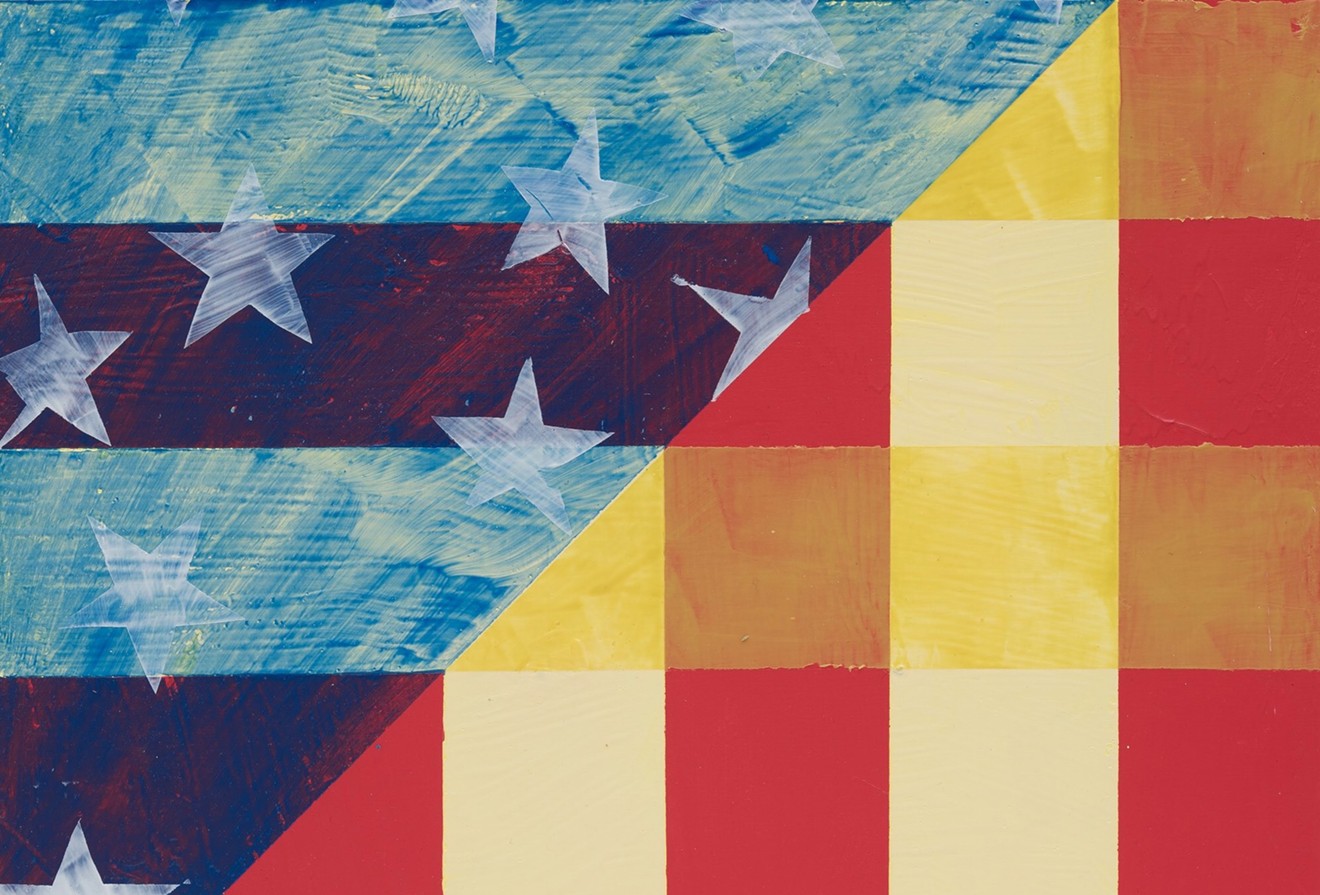 See work by Daniel Friedman at Five15Arts at Chartreuse. Daniel Friedman
This week’s art landscape is looking delightfully eclectic, thanks to art shows happening in nontraditional venues and a fun mix of works by emerging and established artists. It’s tempting to start with your favorites. But don’t forget to show some art love around town, in places you might not frequent very often.

It’s a great month for mixing it up and we’ve got a sampling of fresh art shows to help you get started. If you're doing First Friday with kids, head over the Children's Museum of Phoenix, where Free First Friday Night runs from 5 to 9 p.m.

Once each year, every artist in the Five15 Arts collective invites five guest artists to show work during its “Power of 5” exhibit. This year’s group show, featuring works by 12 collective members and 62 additional artists, opens Friday with a reception from 6 to 10 p.m. at Five15 Arts at Chartreuse. Guest artists include Marco Albarran, Tiffany Bailey, Brent Bond, Monica-Gisel Crespo, Luster Kaboom, Mark McDowell, and Farraday Newsome.

Alexandra Bowers is showing a new series of 12 works depicting birds in various stages of flight, created through wood-burning and watercolors. For Bowers, the birds in flight represent “the freedom to explore, move, and adapt.” Bowers will also be exhibiting 96 works inspired by bird feathers found throughout Arizona. First Friday hours at {9} The Gallery are 6 to 10 p.m.

We spotted this Yucel Yalim artwork at a local eatery.
Yucel Yalim/Photo by Lynn Trimble

Head to Sisao Gallery inside Oasis on Grand to explore paintings by Ashley Lane that convey her love for animals while exploring the feelings they can evoke in humans, from comfort to fear. First Friday hours are 6 to 10 p.m.

Head to Abe Zucca Gallery, where the artist will be showing new works. First Friday hours are 7 to 11 p.m.

For more than a decade, works by Yucel Yalim have been featured in "Exotic Art Show" exhibits at Alwun House. Now, Alwun House is hosting a sale of his artworks, including several being offered for half-price. Some photographs are printed on canvas, and others on metal. First Friday hours are 7 to 10 p.m.

The Phoenix Fridas art collective, which includes 10 Latina artists, is having a group show at Fair Trade Cafe. Participating artists include Kathy Cano-Murillo, founder of The Crafty Chica, and Emily Costello, whose artwork has been featured on Arizona lottery tickets. Friday’s opening reception happens from 6 to 9 p.m.

Admission to Phoenix Art Museum is free during First Friday hours from 6 to 10 p.m. You’ll need to pay $5 to see the “Agnes Pelton: Desert Transcendentalist” exhibit. The other exhibits are free. Be sure to look for works by local artists, including Julio César Morales, while you’re there.

Admission to the Heard Museum is free during First Friday hours from 6 to 10 p.m., when you can see Raven Chacon’s installation exploring the Navajo creation story through light, sound, and text. The evening also includes performance by Guardians, a heavy metal band that hails from the Tohono O’odham Nation, in the Steele Auditorium.

Head to Palabras Bilingual Bookstore to celebrate the 50th birthday of Wu-Tang Clan co-founder RZA. The Crate Creepers will be spinning hip-hop music, and the walls will be filled with works by local artists inspired by RZA’s music and movies. Chef Mario of The Rez will also be there, working his fry bread magic. First Friday hours are 6 to 9 p.m. 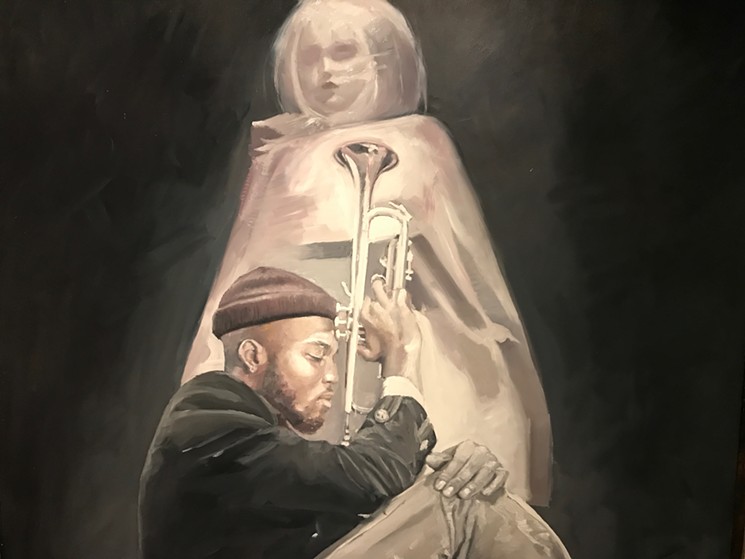 Detail of an Abe Zucca painting we spotted at The Nash a while back.
Abe Zucca/Photo by Lynn Trimble
Abe Zucca
The Nash
110 East Roosevelt

Check out Abe Zucca’s portraits of jazz musicians at The Nash, where you can also enjoy a free concert by Geocentric at 7:30 p.m. Expect a mix of modern and traditional jazz until 10:30 p.m.

Head to The Lost Leaf to check out art by Hailey Colbrunn. Music by Djentrification starts at 9 p.m. and the venue is open until 2 a.m.
KEEP PHOENIX NEW TIMES FREE... Since we started Phoenix New Times, it has been defined as the free, independent voice of Phoenix, and we'd like to keep it that way. With local media under siege, it's more important than ever for us to rally support behind funding our local journalism. You can help by participating in our "I Support" program, allowing us to keep offering readers access to our incisive coverage of local news, food and culture with no paywalls.
Make a one-time donation today for as little as $1.