Alamo Drafthouse Cinemas in metro Phoenix will become Majestic Phoenix theaters. Lynn Trimble
Here's a quick look at arts and culture news to help you keep up with the city's creative side.

Local franchise owners for Alamo Drafthouse Cinemas in metro Phoenix are breaking off from the cinema chain founded in Texas in 1997. Their rebranded theaters are scheduled to open as Tempe Majestic 7, Gilbert Majestic 8, and Chandler Majestic 9 on September 3. Owners Craig and Kim Paschich will be announcing grand opening events and menu changes on social media.

A new exhibition titled “Art on Deck” recently opened at Phoenix Sky Harbor International Airport. Located in a pre-security area at the west end of Terminal 3 on Level 2, the exhibit includes works by Arizona-based artists Di’Orr Greenwood, James Johnson, Duane Koyawena, Toybox Monster, Carson Smith, and Yuko Yabuki. The exhibition will be on view through March 2022. 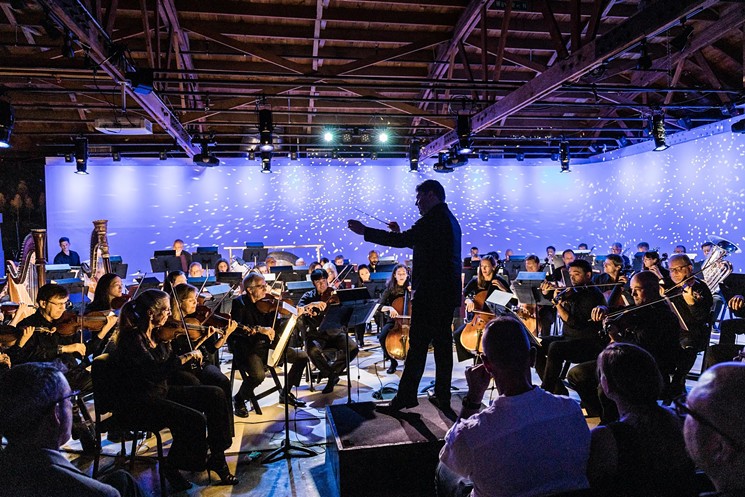 Rachel Lynett received the 2021 National Latinx Playwrights Award for their work titled Black Mexican. The award is presented by Arizona Theatre Company, which describes the play as a thought-provoking piece examining the struggle of antiblackness within Latinidad. Lynett will receive a $1,000 award and their play will be workshopped at Arizona Theatre Company.

The Phoenix Institute for Contemporary Art (PhICA) plans to show 18 virtual exhibitions in 2021 and 2022, which will feature works by Arizona-based, national, and international artists. The exhibits are designed in part to help contemporary artists advance their careers. The organization is also continuing its Emerging Curator Series, which provides opportunities for diverse creatives to curate PhICA exhibitions. 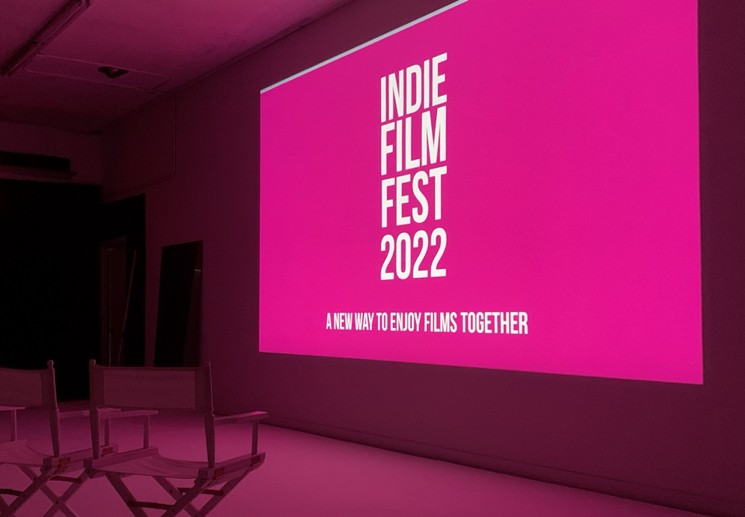 The 2022 Indie Film Fest has added a new location to its lineup of downtown Phoenix venues. The festival's Saturday night finale and awards ceremony will take place in the outdoor courtyard in front of the castle tower at the Irish Cultural Center on February 12, 2022. Tickets will go on sale on November 1.

The Side Door platform launched in 2017 as a way to connect artists with alternative performance spaces recently announced a Back to Live program that provides subsidies for people who host dance, theater, music, comedy, spoken word, lectures, and other performances at their homes or businesses. Prospective event hosts can apply online. 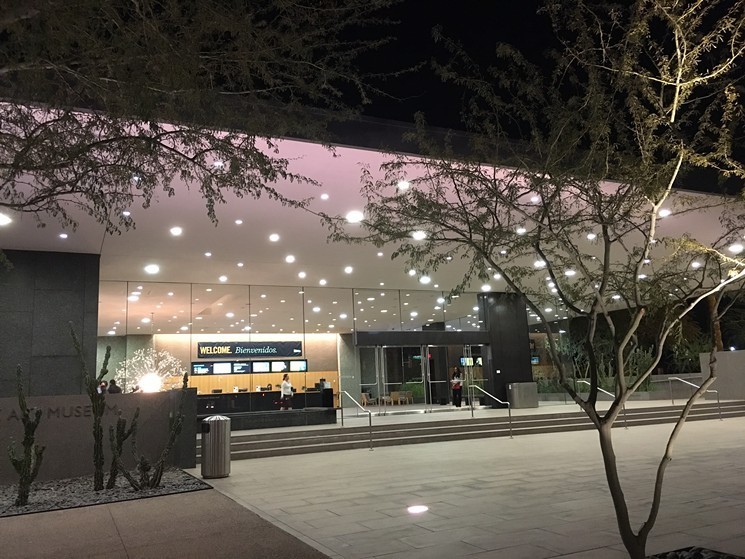 Phoenix Art Museum is getting ready to open a new exhibition.
Lynn Trimble

Phoenix Art Museum will become the first U.S. museum to present a mid-career survey of works by Columbian artist Oscar Muñoz when it opens “Oscar Muñoz: Invisibilia” on September 11. The exhibition, which was organized with the Blanton Museum of Art, will include charcoal drawings, photographs, videos, site-specific works, and more. There will also be a bilingual catalogue. The exhibit will run through January 16, 2022.

The Scottsdale Historical Society, which is based inside the Little Red Schoolhouse on the Scottsdale Civic Center Mall, anticipates that renovations at the outdoor pedestrian mall will prevent the facility from reopening before January 2023. In the meantime, board members are working to organize, catalog, and archive its inventory of historical objects and documents.
KEEP PHOENIX NEW TIMES FREE... Since we started Phoenix New Times, it has been defined as the free, independent voice of Phoenix, and we'd like to keep it that way. With local media under siege, it's more important than ever for us to rally support behind funding our local journalism. You can help by participating in our "I Support" program, allowing us to keep offering readers access to our incisive coverage of local news, food and culture with no paywalls.
Make a one-time donation today for as little as $1.