Getting in the mood for this year's virtual Phoenix Zine Fest. Charissa Lucille
Here's a quick look at culture news to help you keep up with the city's creative side, whether you're into  poetry, film, visual arts, theater, or dance.

The Phoenix Zine Fest is going virtual this year due to public health concerns. The event, which is being presented by Wasted Ink Zine Distro, will happen November 13 and 14. Zine authors and publishers can apply to participate through September 5, and there is also a sticker design contest that anyone can enter.

Stephen Marc, a professor of photography in the ASU School of Art, received a Gold Medal in the photography category for the 2021 Independent Publisher Book Awards. His book American/True Colors tied with Refuge: America’s Wildest Places - Exploring the National Wildlife Refuge System by Ian Shive.

The next Crossfade LAB will happen at Herberger Theater Center.
Courtney Sargent

The Crossfade LAB series presented by CALA Alliance will return with its ninth installment this fall, featuring an evening with visual artist Teresita Fernández and music and performance artist San Cha. The November 17 event at the Herberger Theater will include conversation moderated by Josh Kun, as well as installations, music, and literary arts. 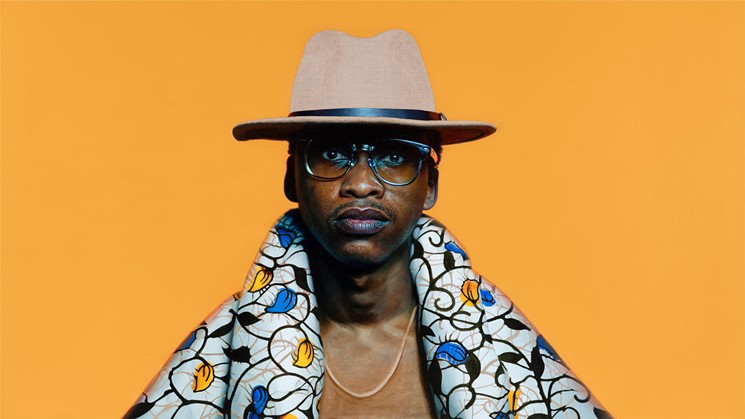 See work by Papay Solomon in a new exhibit coming to SMOCA on September 11.
Scottsdale Museum of Contemporary Art

Eleven emerging artists will be showing their work as part of “Forever Becoming: Young Phoenix Artists,” which opens at Scottsdale Museum of Contemporary Art on September 11. The artists are all under or about 30 years old, and use diverse mediums such as figurative painting, abstract drawing, sculpture, video, and installation. Their work explores themes including marginalized communities, environmental degradation, and more.

The University of Arizona Poetry Center will oversee the Arizona Poetry Out Loud program, which is part of the national Poetry Out Loud recitation contest organized by the National Endowment for the Arts and the Poetry Foundation. The program was previously administered by Arizona Commission on the Arts. Registration recently started for teachers who want their schools to participate during the current school year.

Tickets are now available for the 2021-22 Beyond series at ASU Gammage. The lineup includes Sojourn Theatre: Don’t Go, Bassem Youssef, Lemon Andersen: When Aliens Fall from the Sky, Bill T. Jones/Arnie Zane Company: What Problem?, and Kronos Quartet, Nikky Finney, and Michael Abels: At War With Ourselves: 400 Years of You. A free preview night will happen on October 24.

Rendering (detail) for Say What You Will by Masary Studios for Canal Convergence 2021.
Scottsdale Public Art

The American Political Science Association has recognized co-authors Mark Ramirez and David A.M. Peterson for their book titled Ignored Racism: White Animus Toward Latinos. Ramirez is an associate professor with ASU and Peterson is a professor at Iowa State. The book was named the best book on race, ethnicity, and politics for 2020.

Harkins Theatres will be celebrating the 20th anniversary of Harry Potter and the Sorcerer’s Stone with a series of Wizarding Weeks, when they will be screening every title in the Harry Potter film series. Select theaters will shows the films for $5 each between August 27 and September 23. 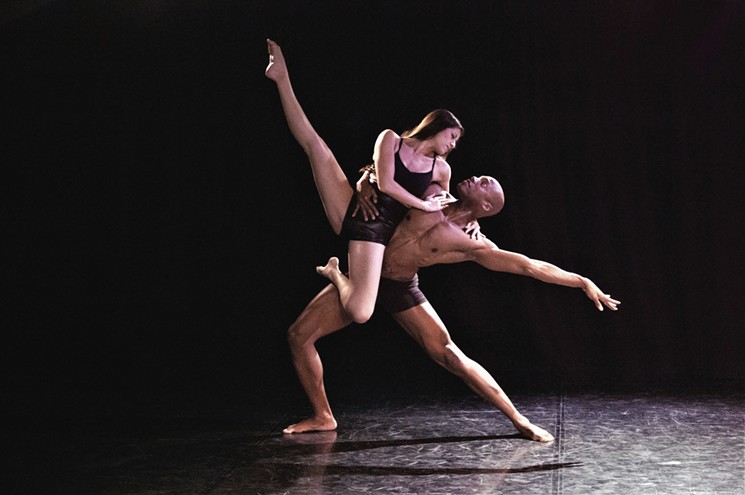 CaZo Dance Theatre, which specializes in kinetic movement and narrative storytelling, is holding its annual fundraiser on September 18. The evening will include live music and painting, an auction of artworks created for the event, a sneak peek at upcoming performances, food and drinks, and a chance to talk with company’s dancers about their work.
KEEP PHOENIX NEW TIMES FREE... Since we started Phoenix New Times, it has been defined as the free, independent voice of Phoenix, and we'd like to keep it that way. With local media under siege, it's more important than ever for us to rally support behind funding our local journalism. You can help by participating in our "I Support" program, allowing us to keep offering readers access to our incisive coverage of local news, food and culture with no paywalls.
Make a one-time donation today for as little as $1.