The D-Backs Are the Cheapest Game Day Experience in Baseball, a New Study Says 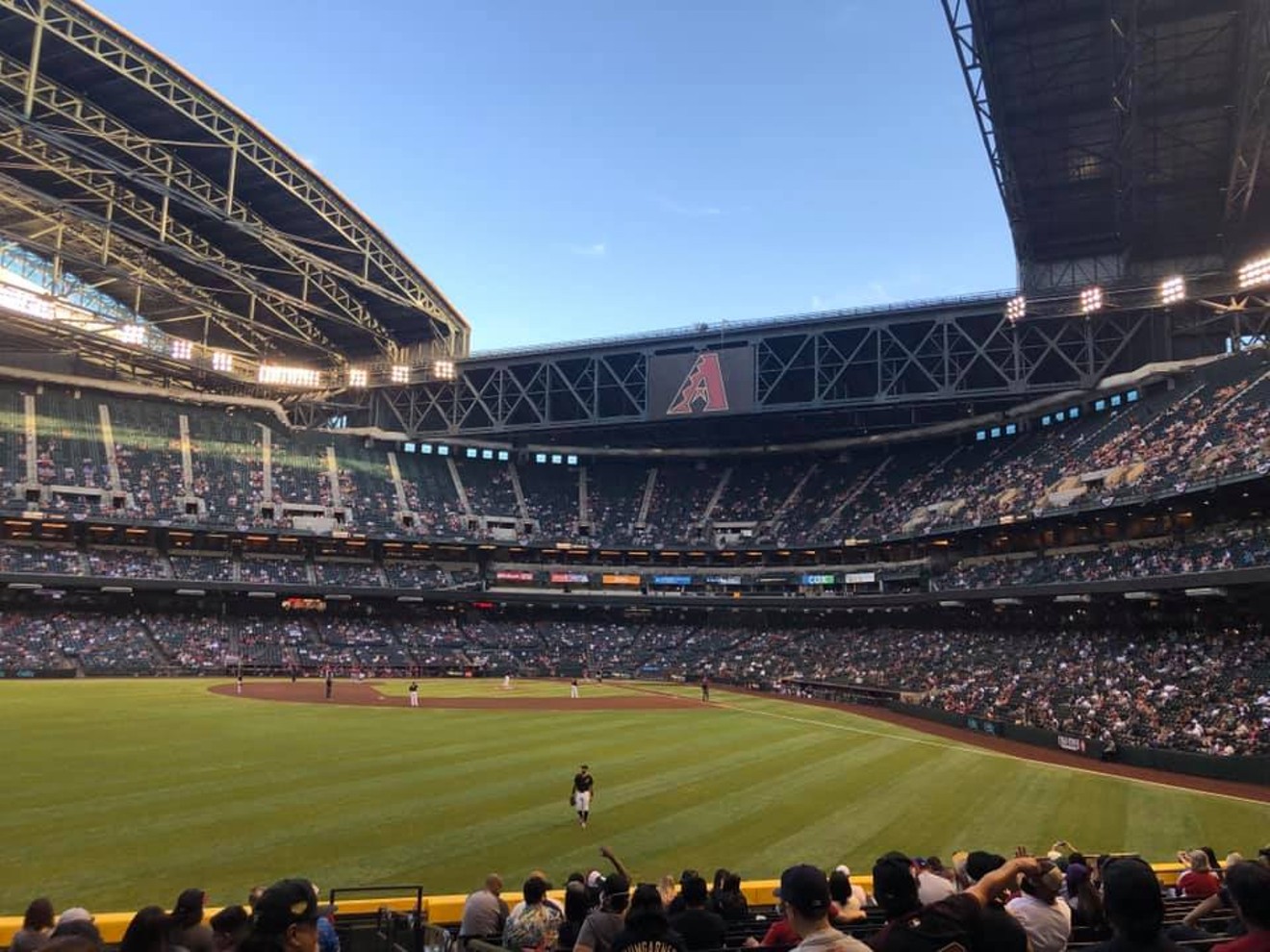 It's Opening Day in Major League Baseball, and fans are getting ready to head to the stadium to kick off the season.

The Arizona Diamondbacks will take the field against the San Diego Padres at 6:40 p.m. And if you're going to the game at Chase Field tonight, a new study says that you'll have the cheapest game day experience in the league.

Based on research done by time2play.com, an online gambling website, the D-backs not only have the lowest average ticket price ($21.38), but the cost of a ticket, two beers, a hot dog, and parking is the best in baseball at $46.13.

In addition to the analysis of stadium prices, the study also included the results of a poll of more than 1,000 baseball fans.

The poll found that 74 percent of respondents plan on going to a MLB game this season. Of the 26 percent who do not plan to attend, 37 percent are still staying away from the stadium because of the pandemic.

Tickets to Opening Day at Chase Field are still available and can be found here.
KEEP PHOENIX NEW TIMES FREE... Since we started Phoenix New Times, it has been defined as the free, independent voice of Phoenix, and we'd like to keep it that way. With local media under siege, it's more important than ever for us to rally support behind funding our local journalism. You can help by participating in our "I Support" program, allowing us to keep offering readers access to our incisive coverage of local news, food and culture with no paywalls.
Make a one-time donation today for as little as $1.