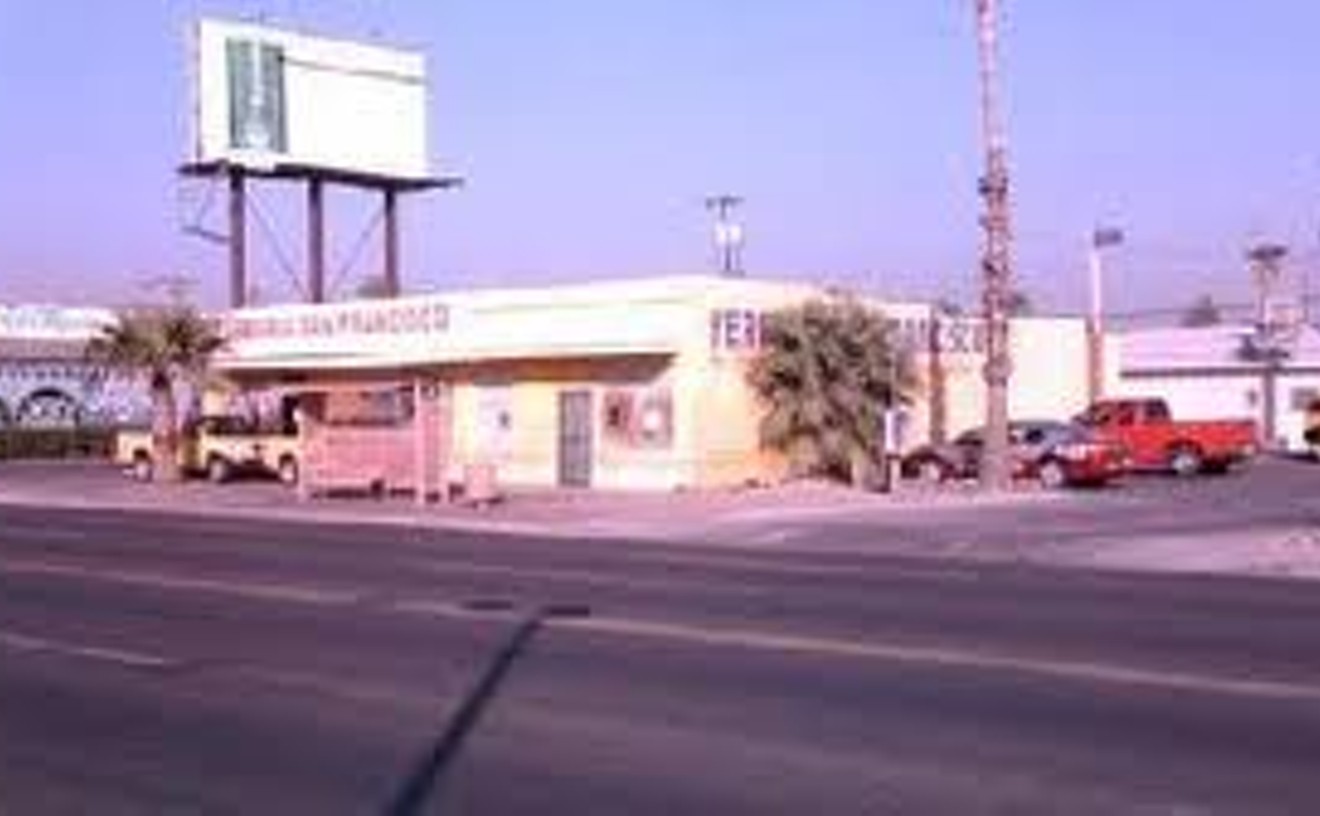 Feeling a little under the weather with sinus pressure? Got an embarrassing itch that just won't go away? How are your pH levels measuring? Is that migraine interfering with your day-to-day life? Well, that's where Yerberia San Francisco comes in. The glass cases are filled with remedies, medicines, and ointments meant to heal the body in quick and effective ways — and without side effects. YSF has teas and capsules to detoxify the body. One wall is adorned with herbs packaged in plastic bags so you can mix and match to make teas for your specific needs. Almost all the labels are in Spanish, since many of the medicines are native to Mexico, but the staff will break down the medicines for you to ensure those pesky ailments don't ruin your day.

Drive too fast and you'll miss this quaint corner shop. It's not huge like a department store, but the quality inside will take your breath away (or that might be the thick scent of real wood). Rustic armoires with turquoise finishes, high-back chairs, and a dining set made with thick wood take up most of the room inside. Aztec-inspired furniture also is for sale, like a textured table with a quintessentially Mexican design. Bright, gaudy crosses (some adorned with large rosaries) line one side of the store along with landscape portraits and modern Chicano paintings. The deeper you delve into the small shop, the more reasons you'll come up with to redecorate your home. 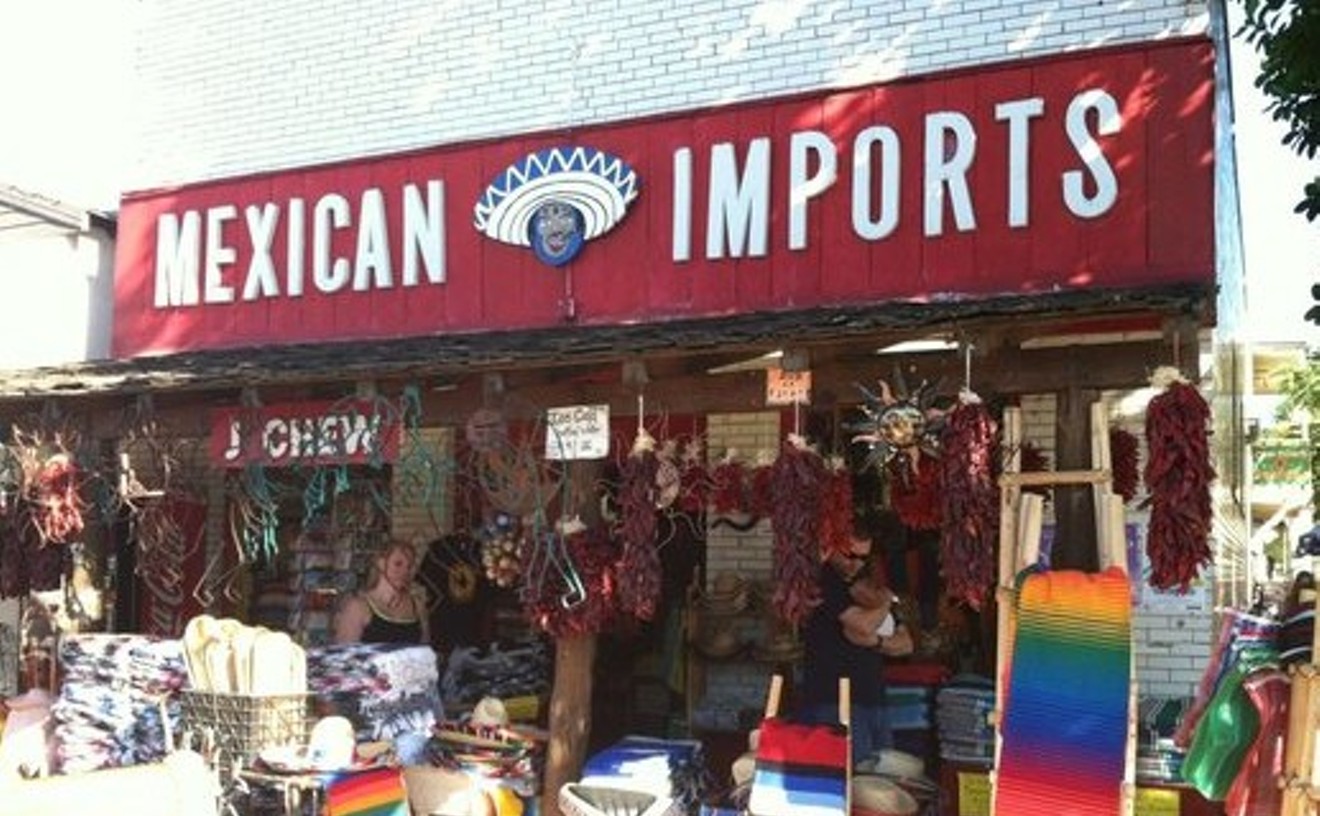 Whether you're taking someone from out of town or you're playing tourist yourself, Mexican Import is the place to stock up on Mexican tchotchkes. Colorful sombreros and cotton dresses with embroidery hang from the ceiling in the colorful shop. Browse and sort through jewelry and woven wallets from Guatemala or admire the artwork of crosses on the wall. Single tiles with bright designs are on sale for $1.99 apiece. Get ahead on Christmas decorations with one of the many Hispanic-style manger scenes. Maybe you're looking for a saint or two to outfit your yard. Well, take your pick.

Best Place to Buy Day of the Dead Treasures 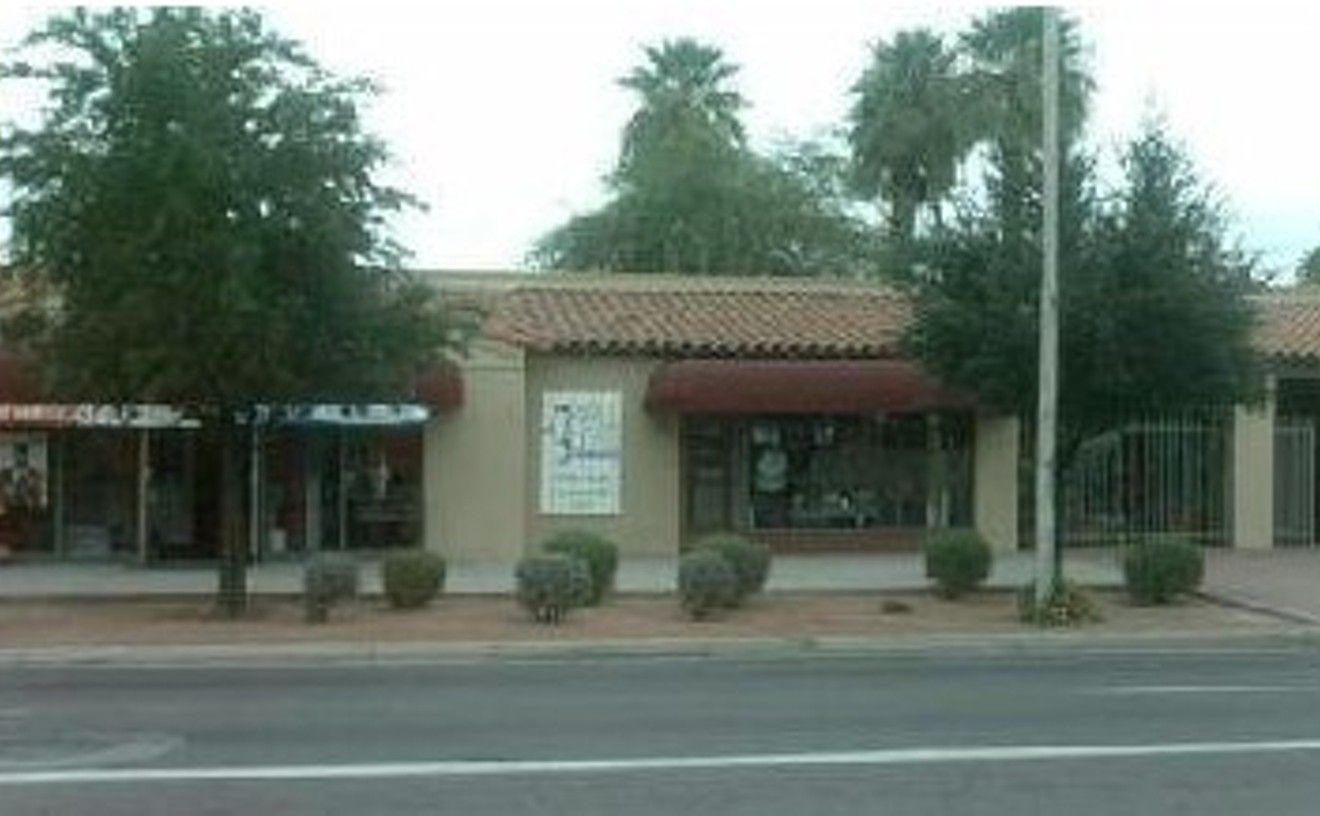 Flowing skirts, cotton tops, purses, hats, belts, and jewelry all fit into this small, eclectic boutique. But the true gems are the Day of the Dead trinkets and paintings. High on a shelf, low in a case, or up on a wall is where you can find sugar skulls, Day of the Dead figurines both small and large, and portraits of the dearly departed. What we really love, though, are the hand-painted wine glasses, shot glasses, and coffee mugs decorated in Day of the Dead artwork. Purple Lizard even has votive candleholders and handcrafted shadow boxes with sugar skull figurines inside. There's a Day of the Dead treasure on every rack and shelf in the boutique.

The only complaint we have about the Spanish-language bookstore that opened this spring on Roosevelt Row is that it was not permanent. But that's a big part of the charm of Pablo Helguera's "Librería Donceles," a traveling exhibit that incorporated more than 12,000 used books and a lot of elbow grease to create a temporary bookstore with departments ranging from history to science to children's books. The (mostly vintage) books were amazing to comb through, even for those of us not well-versed in Spanish. And on top of that, the artist created an environment evocative of your favorite bookstore: homey and cozy, with art on the walls, rugs on the floor, salons, and even impromptu guitar sing-alongs. Most important, the show made a vital observation: that metro Phoenix doesn't actually have a permanent Spanish-language bookstore. Next up, life needs to imitate art.

While each floor at the Monarch Theatre comes alive with hip-hop and Latin music on Friday nights, the real fun happens in the upstairs lounge. Every week, a pair of 13-person Mexican banda ensembles, each equipped with brass section, multiple percussionists, and a singer, stage a battle of sorts in front of a packed dance floor. Banda La Alterada and Banda La Maciza each takes a turn performing a variety of ranchera and corrido songs. It's often a lively affair filled with fiery trumpet solos, audience members hopping onstage to sing along with their favorites, and DJ Fantastico spinning merengue and bachata before and after the performances. So who's the winner? Why, everyone in the house.

Filmmaker Mary Mazzio's Underwater Dreams is timely because it deals with immigration reform. And the movie, which played for a week this summer on various cable networks before opening nationwide in theaters, is pleasant for locals to watch because it's set here in Phoenix, specifically at Carl Hayden High School.

Mazzio's movie makes points about class distinction, underdogs making good, and the raw deal we give to "illegals." It's a sweet story about how a group of Carl Hayden students, all of them children of undocumented immigrants, entered a sophisticated underwater robotics competition sponsored by NASA in 2004 — and won. Competing against colleges, including engineering leader MIT, the four high-schoolers took top honors with a robot made from PVC pipe and duct tape. The victory changed the boys' ideas of who gets to succeed in life and how, and they returned to Phoenix empowered and determined to prevail. Later, the students' victory led to their involvement in immigration reform activism and passage of the DREAM Act. Bravo. 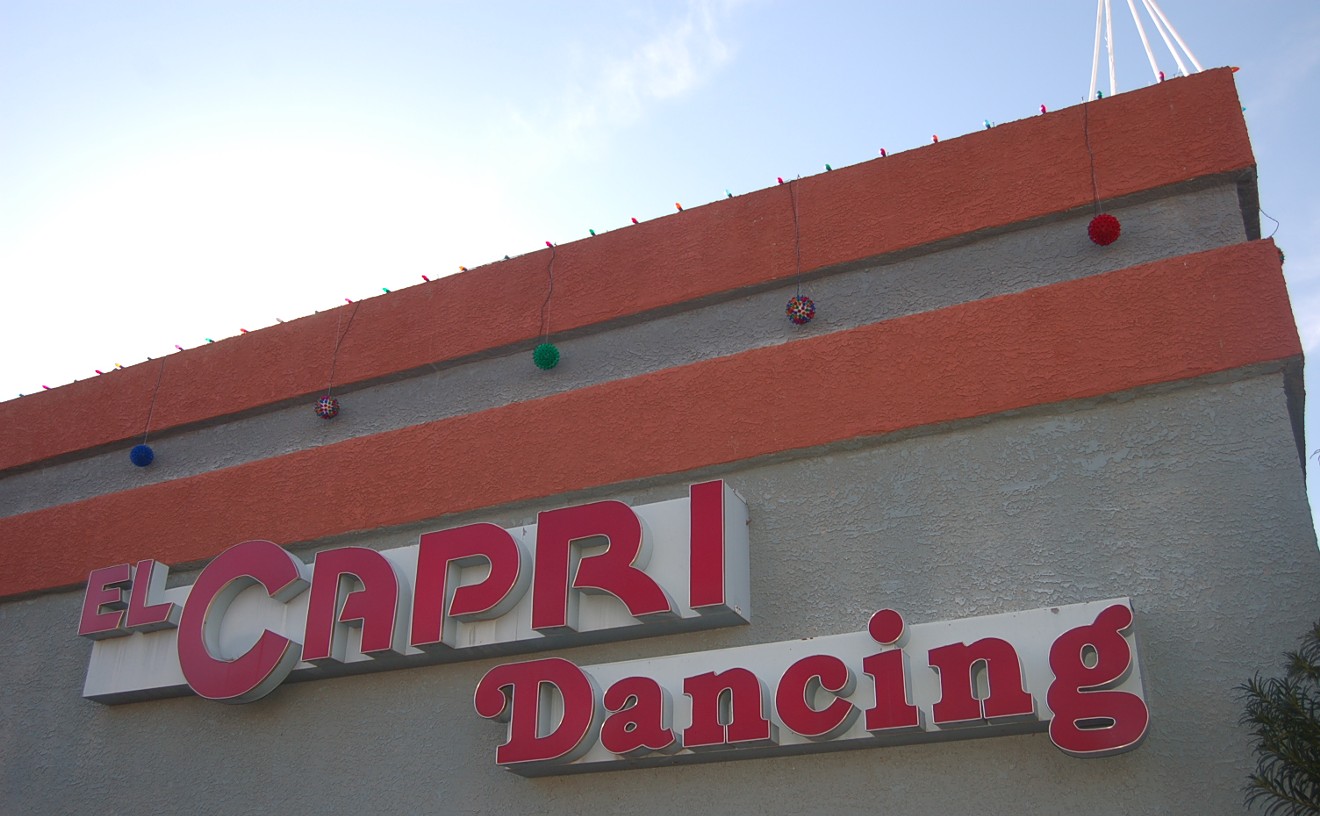 El Capri is a bit removed from the nightclubs of downtown Phoenix's Latin circuit, both in its location and its selection of music. You don't hear much in the way of Pitbull, Romeo Santos, Marc Anthony, and other overplayed artists in either of the two dance halls inside this long-running Central Phoenix discoteca. The emphasis at El Capri is on dancing to regional styles of traditional Mexican music, including sinaloense, duranguense, tejano, and grupero, as well as popular norteño and ranchera. All of it comes courtesy of DJs and such live bands as Patrulla 81, Conjunto Primavera, and La Maquinaria Norteña, which get novios y novias stepping lively across the dance floor. Gringos and monolinguists be warned, however; pretty much everything's en español here, including most of the clientele, but if you're fluent in body language and eye contact, you might be lucky enough to land a dance. 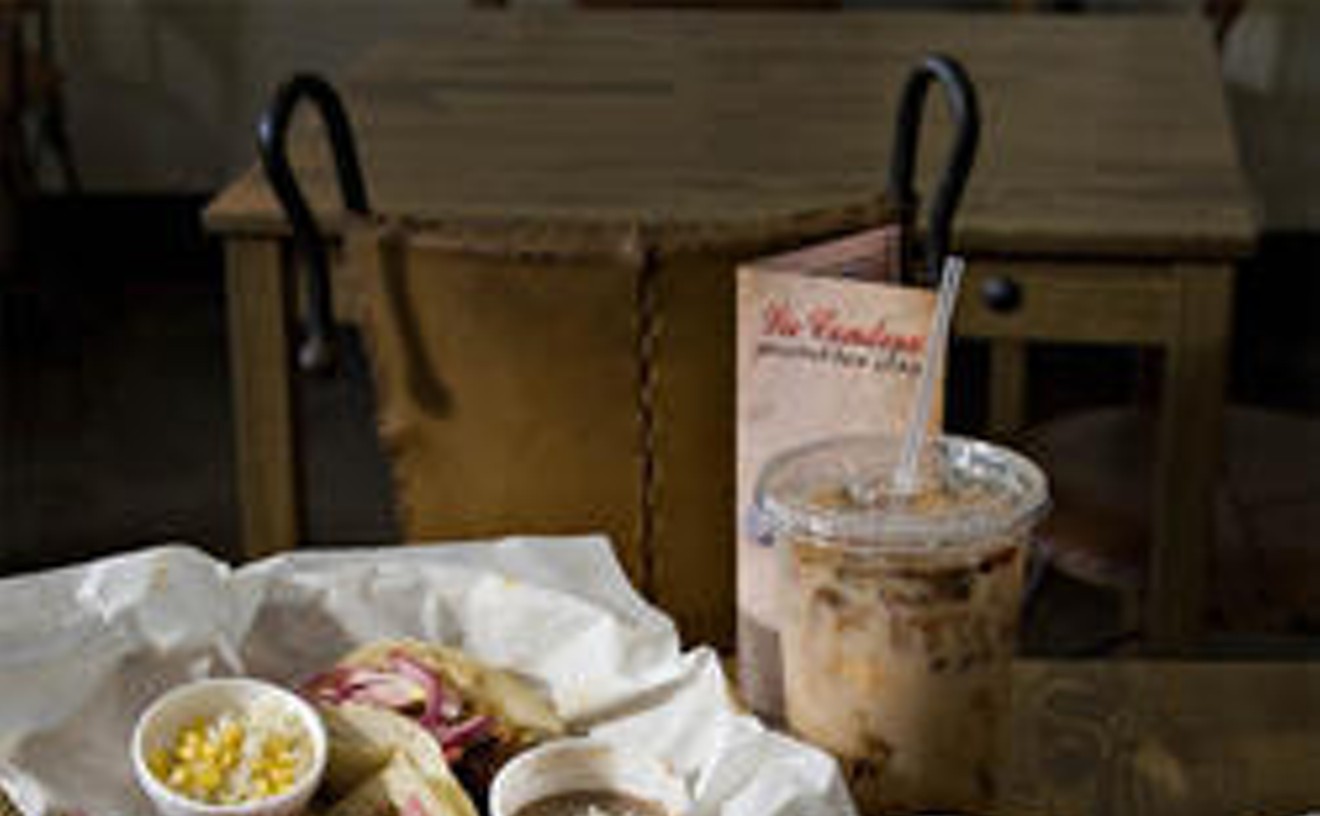 La Santisima isn't just about giant, delicious tacos or a salsa bar with more varieties than you can dream of; it's also about the tequila and the aguas frescas. If you're having trouble deciding on which of the two should accompany your spicy meal, why not marry the two into a tamarind margarita? The boozy concoction blends tart, tangy, and pulpy housemade tamarindo aguas and Casadores tequila for a $9 drink you'll be hooked on after your first sip. Just don't get too hooked, because the drink is made only on weekends. You'll just have to wait until then to get your fix. Sorry.