Two Valley Entrepreneurs Are Minting Their Future with Cannabis and Crypto 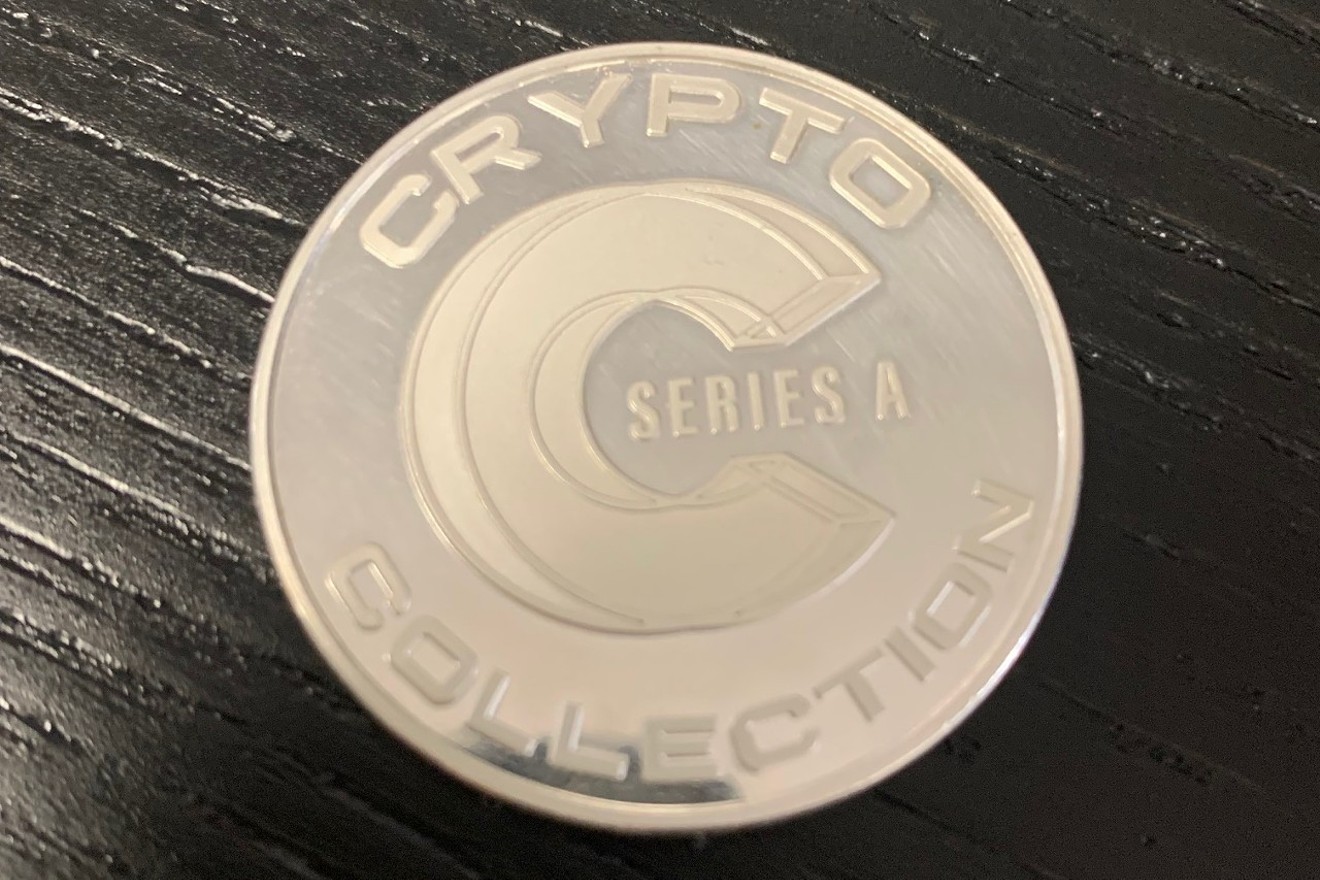 Phoenix-based cannabis clothing brand Mary Jane SmokeWear will soon release Crypto Collection, its first in a series of NFTs. Zack Maita
Two Scottsdale residents — one with a weed-friendly club in downtown Phoenix and another with a pot-focused clothing line — are mixing cannabis with blockchain to grow their businesses.

George Gebran, who owns and operates breakfast joint U.S. Egg with his family, is building a cannabis community within his real-world NFT social venue Club Fomo east of downtown Phoenix. Zack Maita's Mary Jane SmokeWear, a Best of Phoenix 2022 award winner, is bringing NFTs to his weed-centric clothing line. It's all very Web 3.0.

"I believe that NFTs will play a major part in the marijuana culture because a lot of NFTs are now dropping music behind it," Gebran told Phoenix New Times. "And when you drop that music behind the image of the cannabis, people want to look at it; it's in the background. It's inevitable that it will creep into the industry."

But wait, what's a blockchain? How about an NFT? Let's sort that out first.

Web3 is a new stage of the internet that's driven by blockchain. Think of blockchain as a digital ledger of cryptocurrencies, such as bitcoin and ethereum, and their transactions are stored on computers across the world. NFT is shorthand for non-fungible token. An NFT can be a digital photo, video, music, video-game character, or an in-video game item. But, more importantly, NFTs are proprietary rights of a digital asset. Turning those digital assets into an NFT means declaring ownership on a blockchain.

For example, a nature photographer in Arizona takes a stunning digital photograph of a marijuana flower. The photographer can turn that photo into an NFT.

"We would put that image on the ethereum blockchain," Gebran explained. "What you're doing is you're burning that image onto something immutable, which is the blockchain."

If an NFT is bought or sold, it's recorded on the blockchain. Anyone can check for details about the NFT, as every NFT has an owner, creator, history, or provenance, and when it was minted and released to the public. A section of an NFT's history includes every contract used to create the NFT.

Still confused? Don't worry. Only one in four people really know what an NFT is, according to Money.

Club Fomo hosts NFT artists and NFT collectors who have bought and sold NFTs on the ethereum blockchain. The venue, which opened in May on East Van Buren Street, includes an NFT art gallery and 12 NFT screens mounted on walls. It's billed as the first-ever real-world NFT club.

On Friday, October 7, the California-based marijuana brand Backpack Boyz will be at Club Fomo for a weed and Web3 education and networking session during the venue's First Friday event.

"What the Backpack Boyz are just doing is kind of building a community here," Gebran said. "They're exposing their brand and letting people know they will open a dispensary here in the next year or so. So I want the marijuana culture to come out and learn about NFTs and enjoy the art gallery."

It's a free event. While there will be no alcohol, there will be soda, water, and Gebran added, "a lot of smoking; it's smokers' night." The Backpack Boyz Club are also bringing free product samples.

Club Fomo wants to educate folks in metro Phoenix about NFTs. On select Friday nights, the club hosts NFT seminars, gatherings, and speakers. If there's a takeaway on this, an NFT can be much more purposeful than a copy-and-paste piece of digital eye-and-ear candy. For example, an NFT can be enhanced with a barcode that can be scanned and used to gain access to a venue — or provide VIP access to clubgoers. NFTs that offer more than digital collectibles are called utility NFTs.

Mary Jane SmokeWear is turning to NFTs, including one based on the brand's first design. Another NFT design it is launching is based on its first shirt design — the Stoney Turtle."
Zack Maita
For Maita, cannabis is nothing new. He built his clothing and accessory brand Mary Jane SmokeWear before weed was even legal in Arizona. But diving into NFTs with the Crypto Collection is a new turn for the business. It will include a short animation created by four local artists and a musician.

"We will release a very limited amount of NFTs with rare physical products and a utility aspect that is our 'secret sauce,'" he said. "Part of our brand's mission is to spread peace, love, and cannabis through dope art and chill vibes. And this NFT project perfectly aligns with that mission."

While Maita couldn't speak about the perks or access the Crypto Collection NFTs will garner, the brand is prepping to put out beanies, scarves, and hoodies this winter at cannabis shows and concerts. For starters, the NFTs could provide the new owners' access to one of the many cannabis conventions Maita and his company take part it. But time will tell.

"I don't want to give away too much info yet," he said.

Another NFT design that Mary Jane SmokeWear will offer is based on its first shirt design, which was the Stoney Turtle. "There will be a total of 420 released, and they all come with a bunch of super dope Stoney Turtle physical products. The utility aspect is going to be a game changer," Maita said.

Gebran said utility NFTs are the way of the future for promotions and businesses. "I believe that the club aspect and being part of different tiers of clubs within a marijuana club is the future of NFTs," he said. "It's like a pass; if you have a certain NFT, you will get specific discounts and be invited to parties. So I see the industry going that way."
KEEP PHOENIX NEW TIMES FREE... Since we started Phoenix New Times, it has been defined as the free, independent voice of Phoenix, and we'd like to keep it that way. With local media under siege, it's more important than ever for us to rally support behind funding our local journalism. You can help by participating in our "I Support" program, allowing us to keep offering readers access to our incisive coverage of local news, food and culture with no paywalls.
Make a one-time donation today for as little as $1.