The Father Figures are scheduled to perform at the Club Placebo benefit show on Saturday, January 8, at Crescent Ballroom. Jim Hesterman
Boosters of Phoenix’s music scene, this weekend offers you the chance to support some worthwhile local artists and projects. On Friday night, Valley indie label Hookwoom Records will celebrate the release of its first-ever EP, which features bands like Paper Foxes, Shovel, and the Psychedelephants. The following evening, old-local school punks will gather at Crescent Ballroom to benefit Club Placebo, a gallery, venue, and “living archive” aimed at preserving the history of the scene.

Infamous local dance party CUPCAKE! is also returning from the dead this weekend to celebrate its 10th anniversary with a night of freaky fun and hedonistic excess at the Rebel Lounge

Keep in mind, though, the ultra-contagious Omicron variant of COVID-19 is spreading like wildfire at the moment. Most local music venues are mandating proof of vaccination or a recent negative test to attend shows, and might also require masks or face coverings. Visit the ticketing pages for each event for more information.

Bradley Nowell died of a drug overdose in 1996, but his band’s music remains adored more than a quarter-century later. Approximately six million people still listen to the Sublime on Spotify every month, keeping the Long Beach trio’s funky ska/punk/reggae/rock sound alive and well long after Nowell’s tragic passing. Fans can see Badfish – one of Sublime’s most renowned cover bands – celebrate 20 years of honoring the late Nowell and his music on Friday, January 8, at Marquee Theatre, 730 North Mill Avenue in Tempe. The show is at 8 p.m. and admission is free. Matthew Keever

Dada Life performing in the Valley in 2017.
Benjamin Leatherman

If dance music were high school, Dada Life would be the two popular, trouble-making best friends, the cool partiers who orchestrate pranks, throw parties when your parents are away, and keep everyone laughing in class. Their not-so-serious approach to dance music was a breath of fresh air, standing out from the "cool guy" image that so many DJs try too hard to portray. Since their champagne and banana eruption into mainstream dance music, Swedes Olle Corneer and Stefan Engblom have managed to cause multiple massive riots, host their own music festival, and break the Guinness World Record for the largest pillow fight. This weekend, they’ll take over the sound system at Sunbar, 24 West Fifth Street, on Friday, January 7. Doors are at 9 p.m. and tickets are $20. Amanda Savage
click to enlarge

Looking to get a taste of what's good in the local indie rock scene? Head to Last Exit Live, 717 South Central Avenue, for the Hookworm One record release show on Friday, January 7. Indie label Hookworm Records' first release is an EP featuring four songs by four Phoenix bands, all of whom will perform at the show. Paper Foxes, The Psychedelephants, The Woodworks, and Shovel are on the bill for the showcase. Limited copies of the record will be available at the concert as well. Tickets are $15 and doors open at 7:30 p.m. Jennifer Goldberg

English dubstep and drum 'n' bass producer FuntCase will land at Sunbar, 24 West Fifth Street in Tempe, on Saturday, January 8, to deliver a rattling set at the local nightspot. Born James Hazell, FuntCase is best known for his signature mask, similar to the disguises acts like Marshmallow and Daft Punk use to conceal their identities. Unlike his peers' headgear, however, FuntCase's mask looks like something out of a Slipknot lineup. Regardless, Hazell is guaranteed to scare up some good beats when he gets behind the deck. Doors open at 8 p.m. and Voodreau, District13, and Dubcap will open. Admission is $22. Jose D. Duran

Red and black were everywhere at the party.
Benjamin Leatherman

Fetish freaks and geeks of the Valley, your favorite dance night is making a return, albeit for one night only. Local DJs Betty Blackheart and Self.Destrukt are bringing their infamously lascivious dance night CUPCAKE! back from the dead on Saturday, January 8, at The Rebel Lounge, 2303 East Indian School Road, for it’s 10th anniversary. If you never had the chance to attend the monthly event during its original run from 2012 to 2019 at the now-defunct Rogue Bar in Scottsdale, each CUPCAKE! party offered a unique theme and an “anything goes” atmosphere that mixed libations with libidinous hi-jinks. There were go-go girls, costumes both fetishistic and otherwise, burlesque entertainers, grind artists, DJs spinning industrial rock, and a host of colorful weirdos in attendance. Expect a similarly sinful scene this weekend. The lineup will include sets by Plastic Disease, Baby Magick, II Kings, Vendettoli, and others. Doors open at 8 p.m. and admission is $10. Benjamin Leatherman 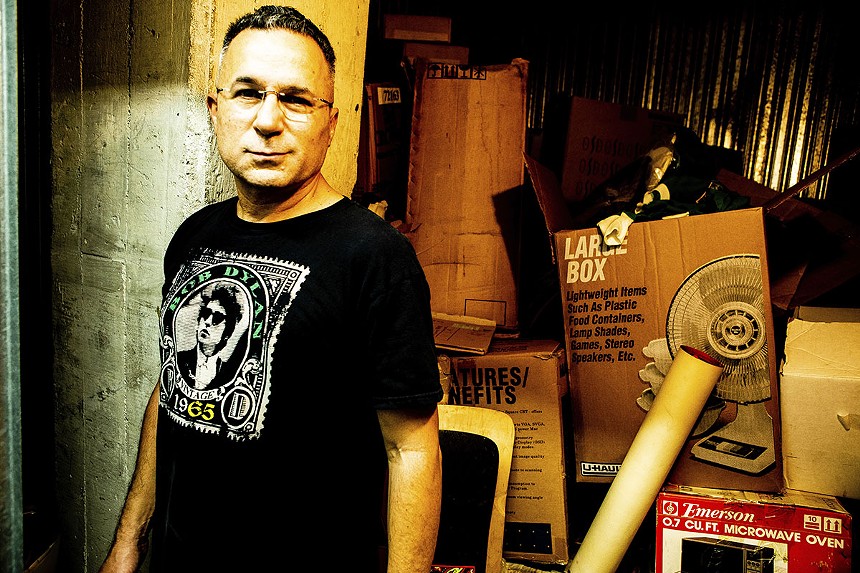 Phoenix’s own '80s punk scene was marked by here-and-gone clubs, artists, and other artifacts, chief among them Placebo Records. Running from 1981 to circa 1990, the label of Tony "Tony Victor" Beram existed at the scene's epicenter, promoting shows at Mad Gardens, releasing music by the likes of JFA and Sun City Girls, and shaping Phoenix's diverse, dynamic music scene over the last 40 years.

What better way to commemorate Placebo’s place in local history than with its own "museum " of sorts? The planned Club Placebo represents a year-plus of work from Beram and other artists, fans, and historians to preserve the label's history. With a building near downtown Phoenix, the proposed project promises to serve as a "gallery, performance/panel discussion [space], and living archive documenting all things Placebo Records and beyond."

A benefit show on Saturday, January 8, at Crescent Ballroom, 308 North Second Avenue, will help Beram and company gain volunteers, promote the space, and drum up future funding. The 21-and-over event begins at 4 p.m. and includes sets by The Father Figures, No Volcano, The Gnomes, Fat Gray Cat, and JJCnV. Tickets are $10 in advance and $12 at the door. Chris Coplan
KEEP PHOENIX NEW TIMES FREE... Since we started Phoenix New Times, it has been defined as the free, independent voice of Phoenix, and we'd like to keep it that way. With local media under siege, it's more important than ever for us to rally support behind funding our local journalism. You can help by participating in our "I Support" program, allowing us to keep offering readers access to our incisive coverage of local news, food and culture with no paywalls.
Make a one-time donation today for as little as $1.