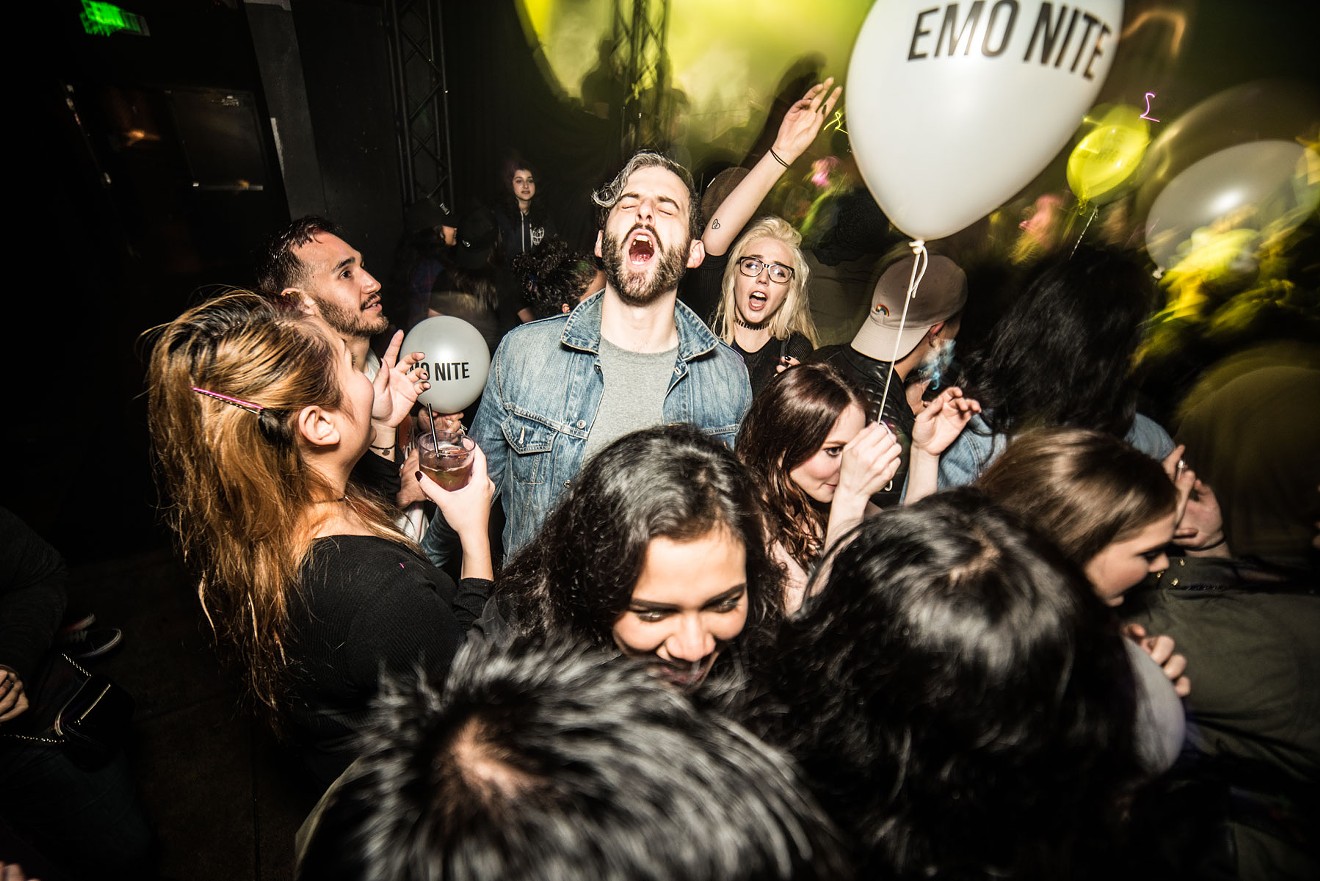 Emo fans show up by the hundreds to sing their hearts out at Emo Nite LA. Grizzle Martin
If it feels like emo is having a cultural renaissance, that’s because it is. You can thank Emo Nite LA, a monthly celebration where DJs play music from My Chemical Romance, Taking Back Sunday, and Get Up Kids. Their summer tour stops at Crescent Ballroom on July 18.

Emo Nite began in a dive bar in Los Angeles in 2014. What started as a nod to niche nostalgia has since grown by the hundreds, with packed venues and fans lined up and down the block.

Guest DJs have included Blink-182’s Mark Hoppus and The Chainsmokers, while celebrities like Kristen Stewart have shown up to enjoy the emotional revelry.

However, the event’s producers are keeping any special guests for Phoenix under wraps for now.

“We try to keep our guest DJs a secret because we want people to come out for the event itself,” says Babs Szabo, the founder of Emo Nite. “It’s more about the community and the songs rather than the guest DJs. That being said, we have some fun surprises lined up for this one!”

Szabo, along with T.J. Petracca and Morgan Freed, established Ride or Cry, an agency that continues to develop the Emo Nite brand. They now host their own podcast and produce other events like Namastay 18 Forever, an emo-themed yoga class. Their merch line, which features sayings like “Every Nite Is Emo Nite” and their signature “graveboy” logo, has expanded beyond the event, with shirts and hats recently set for sale in Urban Outfitters. For Phoenix and other tour stops, they’ve also started making items that are unique to each city.

Tailoring the event to fit each town is important to Szabo and the Emo Nite team. “We take song requests on Twitter throughout the night, so in that sense we try to cater to what the audience wants to hear,” she says. “It tends to differ from one city to the next.”

One band that will most likely be on the playlist? Szabo’s favorite Phoenix exports, Jimmy Eat World.
“‘Drugs or Me’ and ‘Night Drive’ are among my favorite songs of all time.”