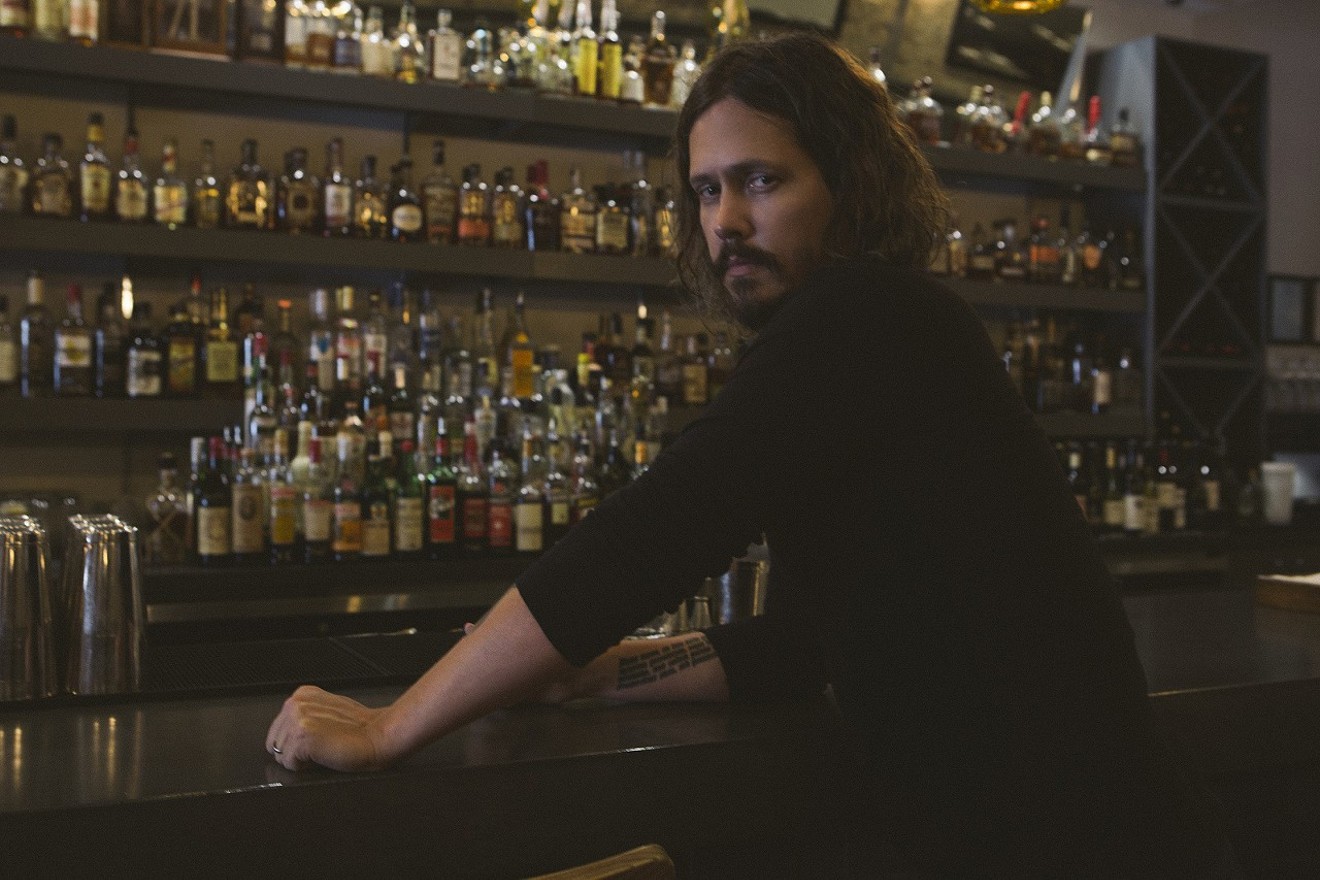 A couple of years have passed since the split of Grammy-award winning duo the Civil Wars. Currently, singer/songwriter John Paul White is touring in support of his first solo effort in a decade, Beulah. The collection of songs, with titles like “Hope I Die,” “Make You Cry,” and “Hate the Way You Love Me,” sounds like a recipe for instant depression. While haunting, stark, and at times crushingly minimal, there’s a solid bubble of hope that floats through those darker twists and turns. His mix of folk and country doesn’t leave out a sprinkling of the soul sounds embedded in his birthplace of Muscle Shoals, Alabama, where many classics were cut. We caught up with him before he and his band head to New Orleans to start this leg of the tour.

New Times: As Civil Wars was a duo, this tour now has you out there with a full band. How are you digging that?
John Paul White:It’s been about 10 years since I played with a drummer, so there was a learning curve to that. But it’s great. I went from being primarily the only instrument on stage to having drums, bass, guitar, fiddle, and keys. It took me a little while to wrap my head around it but I enjoyed it, and I still am. I’m learning every day.

Is it making you discover that you have a preference?
It’s just different. At times, the options feel more infinite. There is a lot more I can do, a lot more colors on the palette to work with. I still love the minimalist thing as well, so this set includes a little of both. There are times when I’m by myself on stage, and times when it’s just a couple of us. I try to play to all the strengths possible. I’ll tell you what, I make no long-term plans, which is a blessing and a curse. I honestly follow my nose every day and do what feels right, healthy, and natural. I try not to force any square pegs into round holes. This is where I am at right now, and it feels great. I will continue doing it as it feels good and be open to other opportunities.

The songs on Beulah, were any of those written as potential Civil Wars recordings, or did they come after the split?
Absolutely not. As a matter of fact, once I went on hiatus, I didn’t have anything musically in my head for a good two years or longer. I was happy just being a husband, dad, and homeowner. Eventually, that turned into studio owner, record label owner, and producer. I had a lot to keep me busy. It was a breath of fresh air, being able to help other people with their artistry and to help facilitate their dreams. When these songs started popping up in my head, I’d kind of wished they hadn’t, because I knew as soon as they were born, I’d want to play them for people. I don’t know if that’s vanity or ego or just an innate need to connect with people in that way — I thought I just made music for me and let the chips fall where they may, but as soon as I wrote these songs, I wanted to connect with people. I wanted people to hear the songs and be moved by them, and for me to be moved by that connection. I didn’t see that coming whatsoever. Again, I followed my nose and let it take me where it would.


That organic pursuit may be what leaves the record feeling so resolved. There’s a lot of hope in the starkness. It does feel like a rebirth record in some ways.
I guess in some ways it is, without intending for that to be the case. People have asked if it feels like starting over, and if I’ve had to relearn how to perform. I’m having to relearn how to do everything. I purged a lot of stuff to the point I didn’t want to play anymore. I didn’t want to write songs anymore and I didn’t foresee wanting to do it again. I am learning how to walk again, without sounding too cliché about it. I’m really trying my best to do what feels 100 percent correct and not either do or not do something because it resembles something from the past. I do what my heart tells me to do, and if that sounds like Civil Wars or The Long Goodbye, or a completely alien version of either of those, then so be it. I’m not smart enough to guess what other people want and spoon-feed that to them. I just figured out that I need to do what makes me happy, and hope there’s a lot of people out there that this will make happy, as well.

You seem at peace with the demise of Civil Wars and this current transition into a solo artist — not always an easy state of mind to achieve.
It comes with experience, I think. I wrote songs for the Nashville market for like 15 years — right out of college, I signed a publishing deal. A lot of that time was hell, trying to write what other people wanted. At a point, I was miserable doing it. I thought, man, if this is it, I might as well find another vocation. I decided to make music for myself, record it, and stick it in my back pocket and be at peace with that. I’d know I tried, whether it worked out or not. As I did that, people became more interested in my music, so I continued farther down that road. I have learned through a lot of trial and error that the successes I’ve had are when I truly follow my gut and do things that make me happy. I also know that I’m a very lucky guy in that what I love to do, other people like it, too. That’s not the case for everyone, and it won’t always be the case for me. There’s a lot of my heroes that made music that way and never really found their audience until they moved on, until they passed on.

You started playing music in high school, right? Were you always aware of Muscle Shoals’ rich music history?
Yeah, a little late in the game. I didn’t try until I was 16. I was kind of in a bubble. I lived on a chicken farm in the middle of nowhere. I was vaguely aware; if we drove through Muscle Shoals, my mom would point out Fame Studios. When I got the bug to play and sing, I started discovering more of the history, and it affected me. Of course, the first thing I wanted to do was play out, and that meant bars on the state line. If you were gonna play those places, and spots like the Moose and Elks lodges, you played that discography. You had to play Clarence Carter and Aretha Franklin, along with Southern rock that was cut there, like Blackfoot and [Lynyrd] Skynyrd. It was just what you did; it was part of the job. As I dug in, I started finding more obscure stuff that was recorded there like Levon Helms, and John Prine, and Leon Russell, I realized the depth was so far beyond hit songs. It’s such a deep discography that I’m really proud to have geographic ties to. I got to be friends with a lot of those players and songwriters, who became my mentors along with being my heroes, so it became a huge part of who I am.

You’re very in-the-moment, which can be hard for a creative mind.
It was very hard for me at one point. I was all over the place; every other week, I was a different artist. It took me a long time to get to that place and figure out how to play to my strengths and stay away from my weakness, and borrow from the very best and make it uniquely my own.
John Paul White is scheduled to play the Musical Instrument Museum on Tuesday, January 10.