Five Bits of Phoenix Music News You May Have Missed

The Goldrush EDM festival is back. Benjamin Leatherman


So much is happening in the Phoenix music scene that it can be hard to keep up with it all. Concerts get announced or rescheduled, bands announce upcoming new music, or sometimes the news is bigger, like a beloved downtown venue getting a new name.

Here are some recent happenings we think you should know about.

Puscifer is coming back to Arizona for two more concerts.
Jim Louvau

Puscifer, the Maynard James Keenan musical project, has extended its Existential Reckoning tour, including two new dates in Arizona. Puscifer will play at Linda Ronstadt Music Hall in Tucson on Thursday, October 20, and Tuesday, November 22, at the Yavapai College Performing Arts Center in Prescott. Night Club, a Los Angeles-based, dark electronic music duo, will open on both dates. Tickets went on sale last week; the Prescott show is sold out, but tickets start at $47 for the Tucson show. Visit the Live Nation website for tickets and additional info. 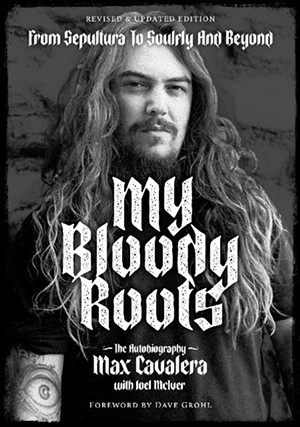 Phoenix resident Max Cavalera of Sepultura and Soulfly fame released My Bloody Roots: From Sepultura to Soulfly and Beyond: The Autobiography in 2013. A lot has happened since then, which is why Cavalera (along with co-author Joel McIver) will debut an updated version on Tuesday, July 26. The new edition, published by Jawbone Press, continues to trace Max’s career to the present day, covering the formation of his new band Go Ahead And Die as well as the supergroup Killer Be Killed. It also includes a foreword by Foo Fighters' Dave Grohl and a new afterword by Lamb of God lead singer Randy Blythe. Cost is $24.95. Go to the Jawbone Press website to order.

One of the stages at a previous edition of Goldrush Music Festival.
Luis Colato/Relentless Beats

Here Are the Dates for Goldrush 2022

Goldrush, one of the premier EDM events in Phoenix, is back for 2022 with a new vibe and a new location. Goldrush: Neon Dreams will be held Friday to Sunday, October 7 to 9, at Phoenix Raceway, 7602 Jimmie Johnson Drive, Avondale. Produced by Relentless Beats, Universatile Music, and Global Dance, the festival will "build beyond past, kitschy, wild, west incarnations of Goldrush, creating a neon utopia" with such amenities as a silent disco and a roller disco. Tickets go on sale on Friday, July 22, and start at $199 plus fees. Visit the Goldrush website for all the details.

Phoenix Is Getting a New Music Festival This Fall

The metro Phoenix music festival calendar just got a bit more packed. The inaugural Hearts on Fire festival, co-presented by local promoters Relentless Beats and Pskyo Steve Presents, will take place on Friday, September 23, at Phoenix Raceway, 7602 Jimmie Johnson Drive, Avondale. The All-American Rejects are headlining the festival, which will be an "emo-drenched pool of nostalgia," according to the press release. Supporting acts include Boys Like Girls, Mayday Parade, Set It Off, and Cray. The festival is open to all ages. Tickets are now on sale. General admission is $55 plus fees, or you can purchase a four-pack of tickets that comes out to $41.25 per person plus fees. Premium table service is available, featuring prime stage views, exclusive amenities, faster check-in, and private bottle service (all members of the table service party must be 21 or over). See the Relentless Beats website for information and tickets.
KEEP PHOENIX NEW TIMES FREE... Since we started Phoenix New Times, it has been defined as the free, independent voice of Phoenix, and we'd like to keep it that way. With local media under siege, it's more important than ever for us to rally support behind funding our local journalism. You can help by participating in our "I Support" program, allowing us to keep offering readers access to our incisive coverage of local news, food and culture with no paywalls.
Make a one-time donation today for as little as $1.