I'm still stuck in 2008, being one of the few freaks without a smartphone, so I don't really "get it." All I need this chunk of plastic to do is occasionally make phone calls or send text messages.

Maybe I'm wrong and maybe smartphones are cool. Maybe someday I'll understand why people stand for eight hours in the bitter cold to get these things while folks in other countries stand in similar queues just to get bread and cheese. If smartphones aren't some sort of backwards status symbol to show off how you wasted money better spent on literally anything else, I don't know what is.

Maybe someday I'll "get it," but I'll never understand the mentality of someone who takes out their smartphone in the middle of a concert. Is there anything you can do that's as simultaneously self-entitled yet lacking self-awareness? These people, who I call "Phoneys," make it incredibly hard to pay attention to anything going on onstage. They aren't dancing and they aren't singing along. They're just blocking everyone else with a bright fucking light like they own the place.

I guess I'm not the only one annoyed by phones at concerts. Artists as varied as St. Vincent, Neutral Milk Hotel, Prince, Yeah Yeah Yeahs, Björk, and Fiona Apple have started banning photos at their gigs, and with good reason. The problem is, these musicians might come off as being dicks or "precious" about their performance. The bands that don't enforce such policies continue to have a bunch of nitwits crowded at the front, holding up Apple's beacons so no one can see.

Why? Why do you do this stupid, stupid thing? You know you're never going to re-watch the hours of blurry video you shot. No one on your Instagram cares. All you're doing is wasting your time, annoying people around you and pissing off the bands that you pretend to love so much.

As much as I love bitching, I feel I also need to provide some alternatives. Below, I've outlined a few solutions. Phoneys, consider yourself warned. 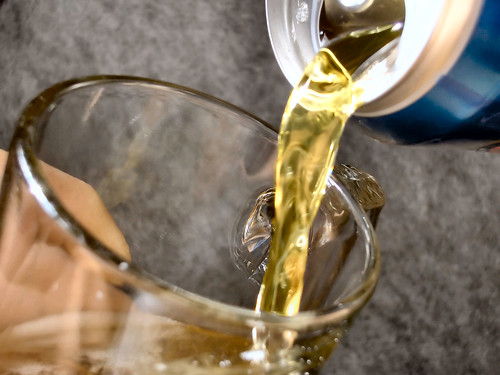 Spill Your Drinks on Phoneys

Alice Glass of Crystal Castles has quite the temper, so it's not really surprising that last time I saw her she was drinking straight from a bottle of Jack Daniels and spitting whiskey at anyone waving their phone around. I'm sure that ruined a few nights, which makes it all the more hilarious.

This is not actually recommended. An iPhone is a $500 glob of blood minerals that someone squeezes their soul into because they lack a real identity. Naturally, they might sock you in the face if you "accidentally" trip and spill Corona all over their ego. Even worse, it's a waste of a perfectly good beverage. But maybe if you're desperate. Use Their Technology Against Them

Dan Deacon once told me he has a "hard time with the prevalence of technology on our everyday life" so he tried to amend the Phoney problem by creating an app that went along with part of the concert. This was a genius idea, but it only went so far and not every band can afford that kind of nerdy project.

Remember when Apple threatened to start disabling phones at concerts? Infra-red sensors would basically determine if you were filming at a venue and turn off.

When I first heard of that, I cried "Censorship! Censorship!" But now, I might be wishing this technology would be used. However, as effective as it would be, it's still a bit Orwellian and would obviously be used for evil and turn off phones during police brutality uprisings or something.

Apparently, Phoneys don't realize there are actual, professional photographers at most concerts. They can take better photos than you could ever hope for because their cameras aren't made in Taiwanese sweat shops. Well, they probably are, but they're more expensive and well, that's not the point. They're simply better cameras.

Some venues only allow photogs to take pictures for the first three songs. After that, that's it. You got your shots, now listen to the music, dammit. Maybe we could somehow convince Phoneys to adopt this attitude. Use the phone for just a brief period, then go back to experiencing things the old fashioned way -- with your ears and eyes.

Personally, I think this is the best option and hope that it catches on. Otherwise, all we have left to do is . . .

This will definitely not work. Remember, there's a lot of entitlement at play here. You gotta consider the fact that maybe you and I don't have the right to tell people how to enjoy their night. But perhaps this is different. When I'm sweating my ass off, dancing to one of my favorite bands and I look up and all I can see is someone's wrist and a tiny screen, it ruins my experience. I don't think I'm being unreasonable, either. You wouldn't do this at a movie -- why must you insist on doing this at a concert? So cut it the fuck out.

Troy Farah is a loser without a smartphone at troyfarah.com

Find any show in Metro Phoenix via our extensive online concert calendar.

9 Tips for Using A Fake ID To Get Into A Show Here's How Not to Approach a Journalist on Facebook The 10 Coolest, Scariest, Freakiest Songs About Heroin The 30 Most Disturbing Songs of All Time