Babymetal are scheduled to perform on on Tuesday, October 1, at Marquee Theatre in Tempe. MSO PR
The Valley’s concert scene is about to get very busy. Over the next seven days and nights, the fall festival season will really get going, local arts centers will awaken from their summer slumber, and big names and music legends have gigs happening venues.

For proof, check out the following list of the biggest shows happening in the Valley from Friday, September 27, to Thursday, October 3. It includes such extravaganzas as the Goldrush, Sandbox, and Hay Day music festivals, as well as concerts by such notable performers as Jenny Lewis, Charli XCX, Babymetal, Rakim, Flogging Molly, Social Distortion, and others.

Details for each of these shows can also be found below. And for even more live music happening locally over the next week, hit up the Phoenix New Times’ online concert calendar.

Mr. Scott H. Biram is nothing short of a total and complete badass mofo. First of all, he is the one man in his namesake one-man band, and his many quality releases over two decades or so have proved he doesn't need anyone else to help him get the job and done well. From vocal duty to playing guitar and percussion, Biram delivers his style of hillbilly country with a vengeance — tangling it up with elements of punk, blues, metal, classic rock, and an undeniably ferocious spirit.

Whether he's blasting out a fierce and noisy tune or bringing it down a little more low and slow, you know he isn't holding back anything. Another testament to his tenacity: Biram survived a head-on collision with a in 2003, suffering multiple internal and external injuries, including the loss of a substantial portion of his organs. A mere month later, with a couple of broken legs, he took the stage in Austin and performed in a wheelchair with an IV still hanging from his arm. Just like his tunes, that's pretty fuckin' tough. He’ll be at Rhythm Room on Friday night with support from The Goddamn Gallows and Urban Pioneers. The show is at 8 p.m. and tickets are $20 at the door. Amy Young

It's been almost five years since Charli XCX’s last proper LP, Sucker, and a full three since she was deemed the future of pop music with the release of her Vroom Vroom EP. Fast-forward to the present, and Charli XCX stands without equal — a pop star in a category of one. She's still the pop star of the future, and the world keeps trying to catch up. Her new LP, Charli, was released earlier this month.

Charli’s Rolodex of players on recent mixtapes No. 1 Angel and Pop 2 speaks to her innate knack for aesthetic and curation. It's a dizzying recipe for a Molotov cocktail that no one else could interpret. Charli brings electronic producers like SOPHIE and A.G. Cook together with rappers like Cupcakke, Jay Park, and Tommy Cash, and comes out with a cohesive and compelling narrative.

She’s scheduled to perform on Friday night at Marquee Theatre in Tempe. Brooke Candy and Dorian Electra will open the 8 p.m. show. Tickets are $30 to $60. Gerrit Feenstra 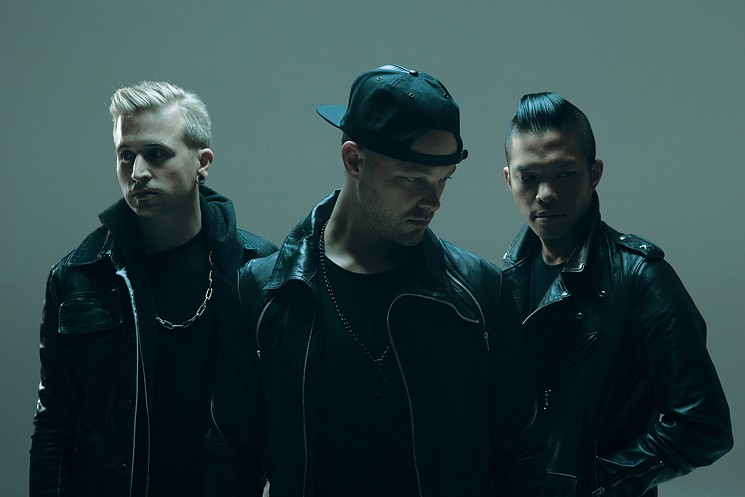 Ooah, edIT, and Boreta of The Glitch Mob.
Magnum PR

The Glitch Mob started as a Los Angeles-based DJ collective that pooled their collective talent to make more collaborative music with expanded sonic possibilities. As individual artists, Ooah, edIT, and Boreta have released solo albums of cutting-edge electronic music, but it is as a team that they have put out some of the most interesting remixes being over the last decade. Their most recent album, 2018’s See Without Eyes, got plenty of positive reviews and the trio are currently touring the U.S. They’ll visit The Van Buren on Friday night and Elohim and Sejo will open. The show starts at 9 p.m. and tickets are $25 to $30. Tom Murphy

As with its previous editions, Goldrush Music Festival 2019 will be a weekend-long outdoor dance and hip-hop extravaganza with an enormous lineup of more than 50 artists performing across four different stages. Highlights of this year’s lineup will include sets by Adventure Club, Zomboy, Gareth Emery, Zhu, Sheck Wes, Green Velvet, Trippie Redd, Alison Wonderland, and dozens more. Homegrown EDM superstar Ghastly, who was raised in Buckeye, will make a return to the Valley and NBA legend Shaquille O’Neal will also perform as DJ Diesel. “It’s definitely a big lineup,” says festival co-promoter Thomas Turner.

Beyond the performances, Goldrush will also feature a mix of attractions, ranging from carnival rides to western-themed activities like mechanical bull riding. The festival runs from 5 p.m. to 2 a.m. both nights. General admission is $99 per night, $179 for the whole weekend. VIP admission is $149 per night and $399 for the weekend. Benjamin Leatherman

For one magical afternoon, the dream of the '90s will be alive on downtown Tempe's Mill Avenue. Local legends Roger Clyne and the Peacemakers are headlining the inaugural Hay Day Music Fest, which will take place on Saturday, September 28, at Hayden Square Amphitheater. Sharing the bill will be The Pistoleros and the cumbia/punk hybrid band Las Calakas. Wise Monkey Orchestra and The Hourglass Cats will be performing inside Ted's Refreshments (you caught that nod to Clyne's old band in the dive bar's name, right?). The drinking establishment, which opened earlier this month, was formerly known as the Balboa Cafe and is adjacent to the outdoor venue.

Julian Wright, the founder CEO of Fork and Dagger Hospitality, realized it had been years since Hayden Square had been used for a show. He remembers sitting at the clubs that hosted bands like The Refreshments during his college days. To him, it feels like things have come full circle now that he's hosting a music festival on the historic street. “[The festival] is a nod to that '90s era of music," Wright says. Hay Day runs from 2 to 11 p.m. Tickets are $40 in advance and $50 at the door. VIP packages are $100, which include raised-deck viewing, access to the second-story patio, private bathroom facilities, and four Pedal Haus Brewery beers or two Mexican Moonshine margaritas. Jason Keil 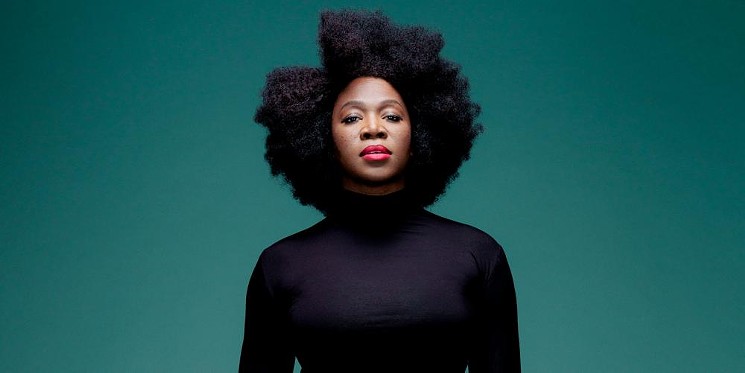 India has always sounded a little too much like the musical equivalent of Oprah. The singer-songwriter's music (best exemplified by her debut, Acoustic Soul) has always centered on overly positive, Afrocentric songs that embrace love, life and the challenges of womanhood. Her first two albums were innovative experiments with a fresh folk style of R&B — sometimes sexy and sensitive, other times preachy and pretentious — but always a sensible girl's ballast to sultry divas like Beyoncé and Mariah Carey. Catch her in concert at Chandler Center for the Arts at 7:30 p.m. on Saturday. Admission is $48 to $78. Keith Gribbins

Since the mid-2000s, the band of punk troubadours led by Patrick Stickles put together some of the most conceptually audacious punk records in the genre’s history. There was 2009’s The Monitor, an album about a Civil War naval battle between two ironclad ships (yes, really). Then there was The Most Lamentable Tragedy, perhaps the first record that could be described as a “punk opera” about lots of things, but mostly Stickles’ mental health struggles. Their work is uncompromising, dense, literary, and fucking fun. Titus Andronicus the real deal. Stickles and Company will be touring behind their latest album, An Obelisk, which was produced by punk legend Bob Mould, formerly of Hüsker Dü. They’re scheduled to perform on Saturday night at The Rebel Lounge. Control Top opens the 8 p.m. show. Tickets are $15 in advance, $18 at the door. Douglas Markowitz