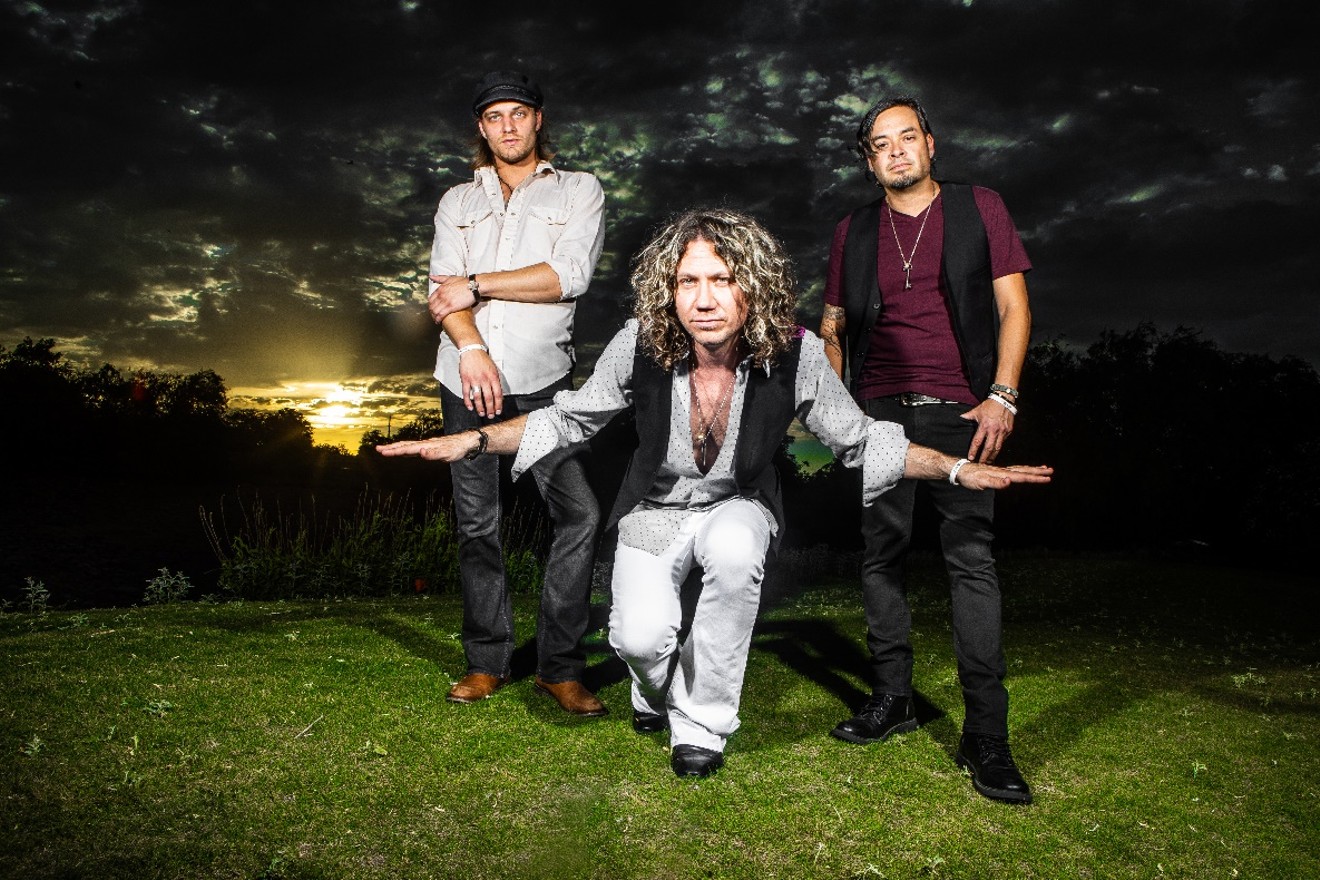 
At 1:30 in the morning on a recent Friday, while most people are sleeping, The Black Moods are awake. And working.

They're just back in town from California, where they were laying down new tracks at United Recording in Hollywood.

But in the wee hours of this particular morning, the rock trio are at their studio in Tempe, rehearsing for their Saturday, February 19, concert at the Showroom at Talking Stick Resort in Scottsdale.

The band is calling it the biggest show they've played in their hometown.

"It’s kind of monumental for us," says lead singer and guitarist Josh Kennedy, "so we want it to be the same way for all of our fans and friends."

Attendees who were able to snag VIP access (now sold out) will get a meet-and-greet opportunity, exclusive merch, and a first look at the band's upcoming video for their new song "Saturday Night."

But everyone at the show will get to hear tunes from the band's next album (their third), Into the Night, which is scheduled to drop in May.

The Moods' second album, Sunshine, came out in March 2020, which means Into the Night was written during the COVID-19 pandemic.

The pandemic "hasn't changed us in terms of how we write," says drummer Chico Diaz. "I think it’s made us better in what we write. And we’ve just become better at our instruments because we’ve had no other choice but to play them over and over and over again."


The first single and video off Into the Night, "She Gets Out," is consistent with the Moods' sound — upbeat, driving songs that hit like a modern update of the Tempe desert rock sound of the '90s

Plans for the band's summer tour schedule aren't firmed up yet (except for their appearance at Circus Mexicus in Rocky Point), but Saturday's show is the only local date the Moods have planned at the moment, and they're stoked for it.

"I like performing the most," Hoffman says. "I feel like I can get in the zone and perform the song that we wrote and took a long time to process, and leave it out on the stage for the audience to do with it what they want."

The Black Moods. 8 p.m. Saturday, February 19. The Showroom at Talking Stick Resort & Casino, 9800 E. Talking Stick Way, Scottsdale. 21 and over only. Tickets are $25 to $50.
KEEP PHOENIX NEW TIMES FREE... Since we started Phoenix New Times, it has been defined as the free, independent voice of Phoenix, and we'd like to keep it that way. With local media under siege, it's more important than ever for us to rally support behind funding our local journalism. You can help by participating in our "I Support" program, allowing us to keep offering readers access to our incisive coverage of local news, food and culture with no paywalls.
Make a one-time donation today for as little as $1.