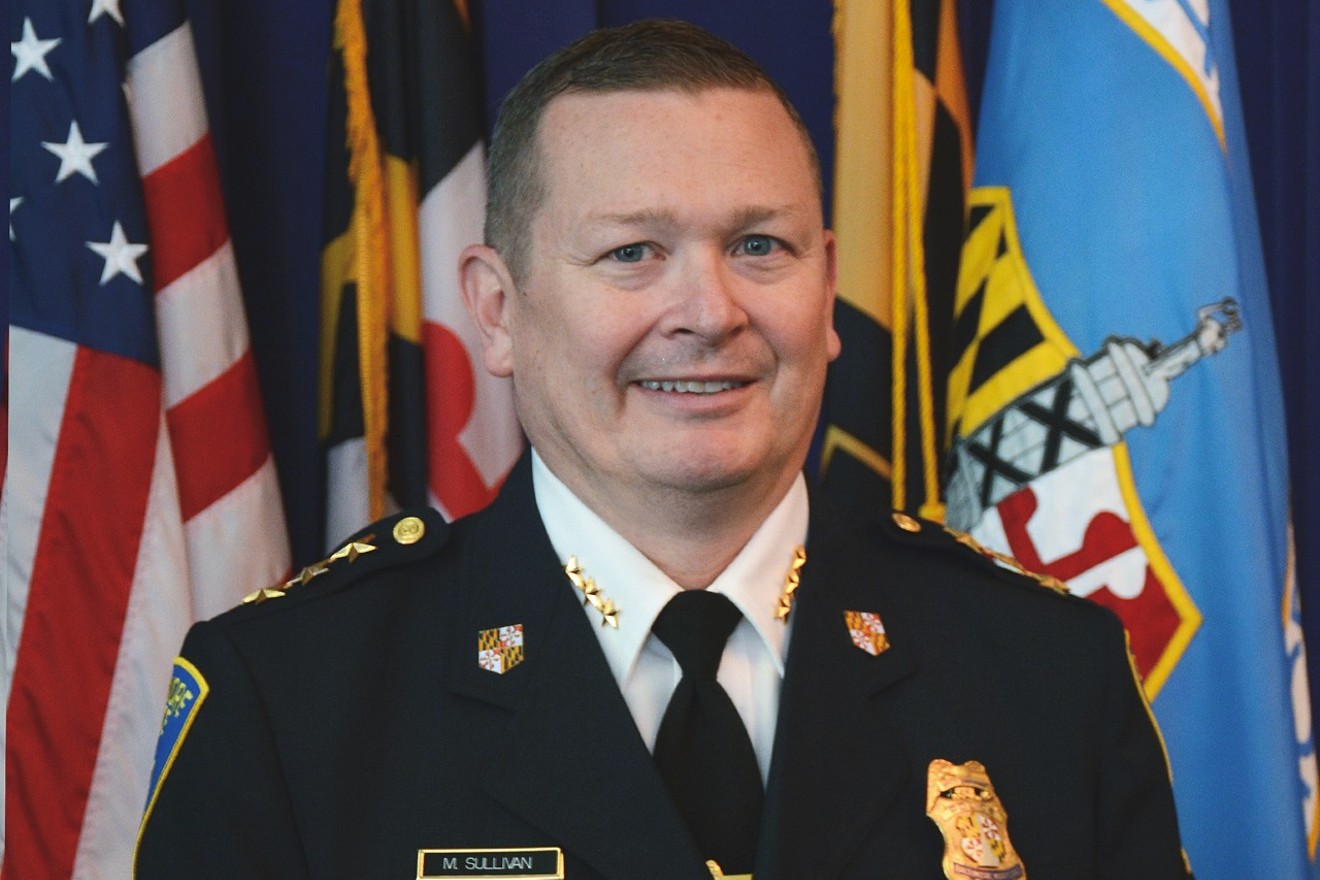 Michael Sullivan, a deputy police commissioner in Baltimore, is expected to start as chief of the Phoenix Police Department on September 12. City of Baltimore
Update: In an unanimous vote on August 31, the Phoenix City Council approved the contract for Michael Sullivan to become the city's next top cop. Before the 9-0 vote, Council members Carlos Garcia and Laura Pastor chided city management for a lack of transparency during Sullivan's hiring process. They asked for more engagement once the permanent search for a chief is launched.

"We've been very adamant from the beginning that this role is simply the interim role," City Manager Jeff Barton said in response. The hiring process for the permanent position, he said, "will be a very robust process that includes lots of community engagement." If Sullivan wants to apply for the permanent position, he'll have to "go through the same process as everybody else," Barton said.

On Wednesday, the city of Phoenix is set to approve the employment contract for its next police chief, Michael Sullivan. The interim chief has worked for the last three years with the Baltimore Police Department.

The City Council will vote on Sullivan's proposed contract at its meeting on Wednesday afternoon. Once it's approved, Sullivan will begin on September 12.

City documents reveal new details about Sullivan's proposed contract. His starting salary will be $232,000 a year, which matches that of current police chief Jeri Williams, and he will receive up to $5,000 in relocation expenses.

It's not as much as he could be making. Under the city's new pay schedule for its police officers, chiefs can make up to $289,000 annually. Before that, the maximum salary was around $243,000. The new pay scale was approved in June.

Williams announced her retirement in May as multiple scandals enveloped the department. The city said it was first launching a search for an interim chief before looking for a permanent replacement. Sullivan's hiring was made public on July 29.

The city said it wanted an interim chief who could "guide the department" through the ongoing probe by the Department of Justice, which began in August 2021.

Sullivan has plenty of experience in troubled departments. For most of his career, he worked in the Louisville, Kentucky, police department and moved from beat cop to second-in-command. Louisville Metro Police Department also is being investigated by the DOJ, though the probe wasn't announced until two years after Sullivan departed.

In 2019, Sullivan left Kentucky for Baltimore, another city whose police force has been investigated by the feds.

Sullivan first worked in operations at the Baltimore Police Department. Most recently, he ran the department's compliance bureau, which manages the agency's consent decree with the DOJ.

It's not totally clear how long Sullivan will lead the Phoenix department. The contract sets out a timeline of at least 12 months, with a possible extension of up to 24 months. The city has said that exact length of the interim position will depend on the course of the ongoing DOJ probe, which has now lasted more than a year.

In May, Williams promised to stay on until the city settled on an interim replacement, and she plans to remain as Sullivan gets started to help with the transition. It's unclear when her last day at the department will be.

Details of the contract are discussed in city council documents, but the complete agreement is not yet available. In response to Phoenix New Times' requests for the document, a spokesperson for the city of Phoenix, Dan Wilson, said that it will be publicly available once it is finalized after Wednesday's vote.
KEEP PHOENIX NEW TIMES FREE... Since we started Phoenix New Times, it has been defined as the free, independent voice of Phoenix, and we'd like to keep it that way. With local media under siege, it's more important than ever for us to rally support behind funding our local journalism. You can help by participating in our "I Support" program, allowing us to keep offering readers access to our incisive coverage of local news, food and culture with no paywalls.
Make a one-time donation today for as little as $1.