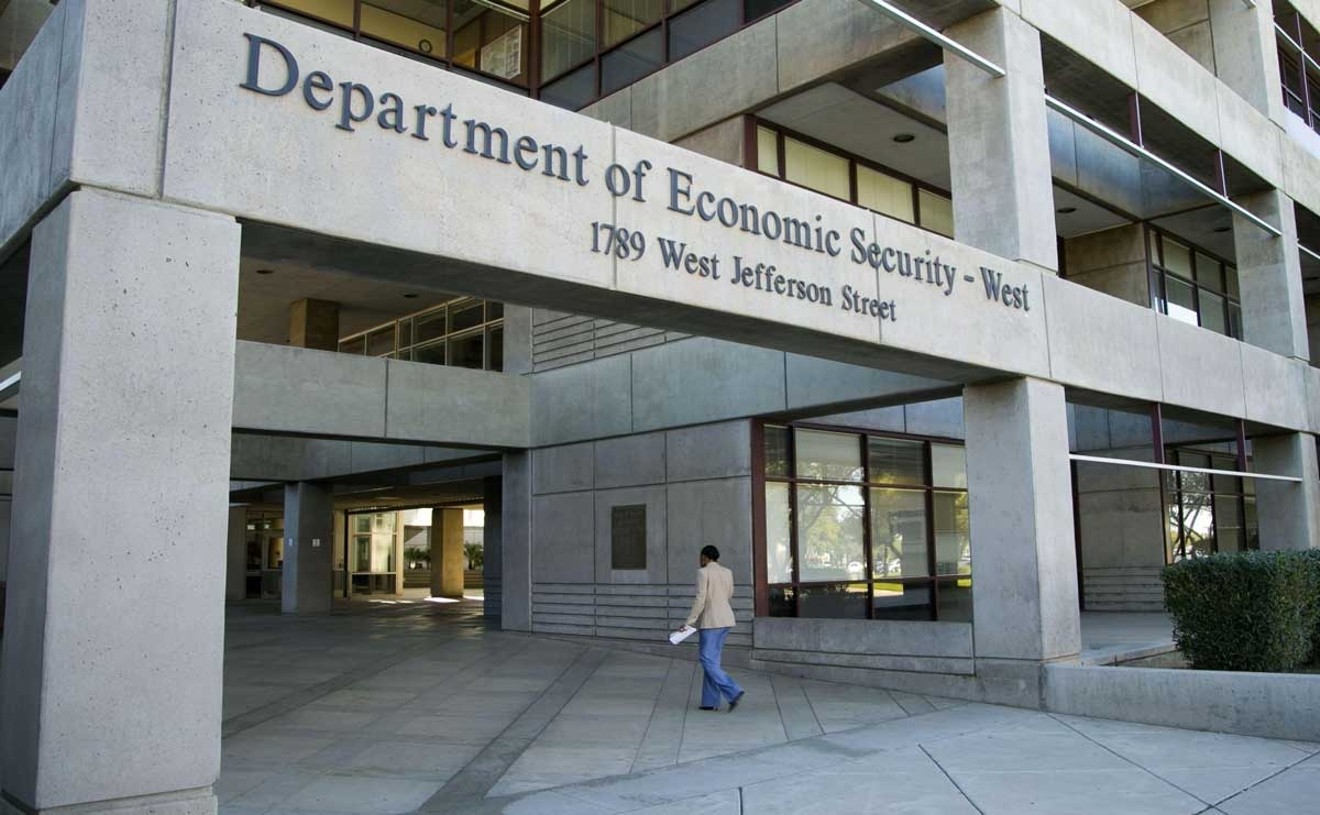 Arizona Governor's Office
A former Phoenix police executive and ex-Arizona Attorney General's Office aide was found to have committed sexual harassment this year at the state Department of Economic Security.

Gerald Richard, who worked as assistant to the Phoenix police chief from 2012 to 2014 and previously served under AG Terry Goddard, took an upper-management job at the state DES in February 2016.

His LinkedIn site shows that he left the DES in February 2017, a month after a state investigation upheld the allegations against him.

The investigation and its outcome are detailed in nine of 127 pages of sexual harassment and other harassment allegations by state employees in the past two years, which were released by the Arizona Department of Administration to Phoenix New Times following a November 17 request.

Richard didn't return a call left for him at the Phoenix church where he serves as pastor.

While serving as deputy director of the DES' Division of Child Support Services (DCSS), Richard was accused in general of being overly friendly with the female staff. His overtures often were perceived as sexual in nature, the heavily redacted report (see below) states.

The alleged harassment occurred from about the time of Richard's hiring on February 17 until June 25, when Richard was promoted to assistant director over DCSS.

His immediate supervisor at the time of the alleged harassment, then-DCSS Assistant Director Scott Lekan, later told investigators he never saw Richard do or say anything inappropriate. However, Lekan reported that he did warn Richard once "that he should be careful as some people could be offended by his hugs."

The unidentified woman who complained alleged that Richard frequently leered at her, made inappropriate comments about how she looked, and once insisted she touch him on the arm to make him feel better.

She made the complaint after being dismissed from her job, and alleged Richard fired her in retaliation for rebuffing his advances. But many of her allegations were backed up by witnesses.

"Mm, you are wearing that dress," Richard allegedly said to her once, biting his lower lip.

That's according to a man who witnessed Richard's behavior. The unnamed man, probably a co-employee, later told investigators it was "very apparent" Richard made the woman feel uncomfortable. He couldn't provide exact dates or details, but he said "Richard frequently looked at [the woman] in a sexual manner and made comments about the way she looked ... he felt [the comments] were sexual and 'creepy' in nature."

In another incident seen by at least one other person, Richard made a show of taking off his wedding ring and putting it in a pocket, telling the woman he wished she weren't married.

Richard, in his own interview with investigators, "stated his actions were in response to [the woman's] inappropriate dress and stated she looked like she was going to a night club."

He just shrugged when asked what he meant by taking off his ring.

Details of the woman's complaint intertwine with the saga of former DES director Tim Jeffries, a businessman tapped by Governor Doug Ducey to run the behemoth state agency in early 2015. About two years later, the governor forced Jeffries out in the wake of allegations of abuse of authority.

The woman sent her complaint against Richard to the Governor's Office of Equal Opportunity on October 23, 2016, then to the state Department of Administration two months later, a month after Jeffries was fired. (Jeffries is now suing the state after filing a $5.1 million claim for libel and considering a run against Ducey for the governor's seat.)

Her complaint didn't just target Richard: She also alleged misconduct by Jeffries, his chief of staff, and the ADOA-assigned human-resources director who had worked with Jeffries. But the investigation focused only on Richard, who was still with the DES after the management team got the boot. The report doesn't detail the nature of the other misconduct allegations.

• Making inappropriate comments and leering at the woman.
• The wedding-ring incident.
• His insistence during a meeting that the woman touch his arm or hand.
• Subjecting other women in the office to similar treatment.